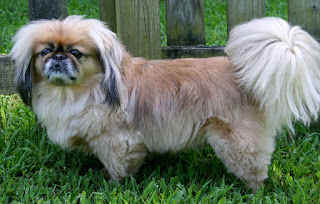 Pookie came into rescue in 2013 and was adopted in August.  He had been in a home with so many dogs and he was timid.   He had not had a lot of attention. 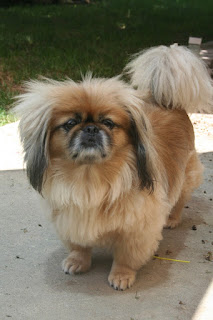 But, in his adoptive home, he had so much love.  His mom said he was a wonderful boy and he had a great life after "he adopted his new family."   Sometimes, we know they have chosen us. 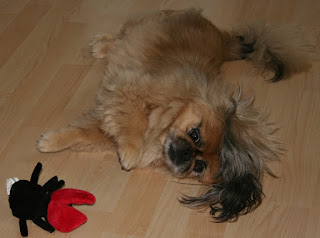 Pookie was not a bit aggressive, he liked toys, and was so loving. 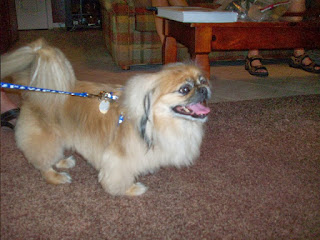 In the past year, he had lost his sight and was having difficulty walking, but he remained a loyal and loving boy.   His mom said she wanted us to know he was a "wonderful little baby" and such a big part of their lives. 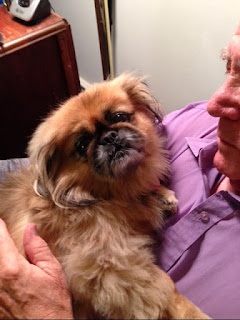 We know he is missed so much.  Run free now, sweet little man.
Posted by Linda at 5:40 PM

What a beautiful Peke Pookie Bear was!!
I am so glad he finally found a great family and you can see how happy he was - look at the smiles on his face in the many photos.
He will be so missed.