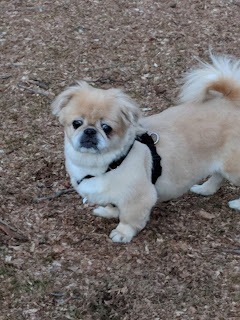 A friend of mine, Jennifer, does rescue in North Carolina and has Putt Putt with her. 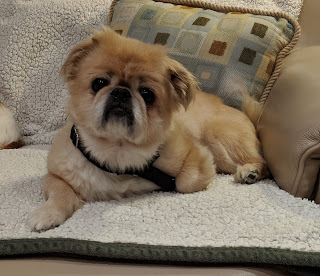 Putt Putt was surrendered at age 10 to a shelter.  He was adopted out to a family who didn't take care of him, and he was soon back in the shelter (he was a stray this time).  (Don't even get me started on owners who don't come to pick up their dogs.  For Putt Putt, it was a good thing-- how did he survive on the streets?) 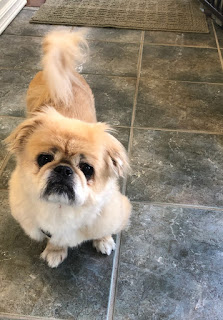 His eyes were neglected badly, so now he is blind due to dry eye. 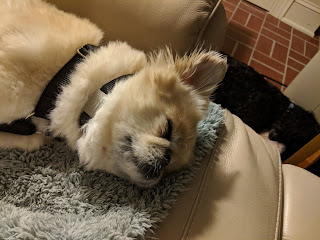 Putt Putt had a dental, bloodwork and care for his eyes.   Unfortunately, the lack of eye care cannot be reversed. 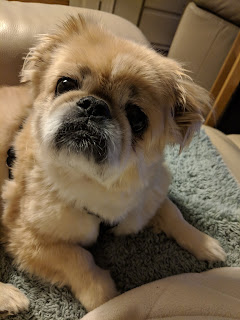 Jennifer said he is the sweetest Peke ever.  He's wonderful with other dogs, very affectionate with people.   He loves to be held, and snuggled and given belly rubs.   He is also housetrained! 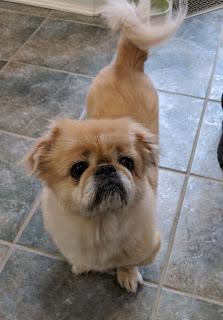 He does have to be carried up and down stairs, but that's no big deal. 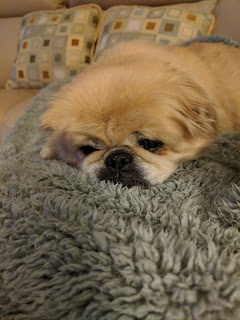 His adoption fee is $350.  For more information or adoption application, you can contact  Hart2heartrescue@gmail.com
Posted by Linda at 12:30 AM

What a beauty Putt Putt is and what a clever and courageous dog he is to survive on the streets and going blind as well !!

Mr Putt Putt needs a special loving owner so I am doing my Super Adoption Dance for this handsome strong man!!!