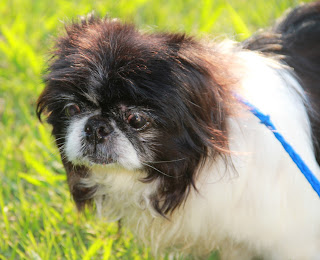 This is Gracious, a very neglected Peke we were asked to help. 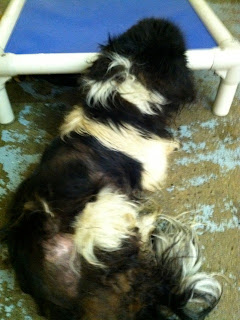 She was put in a pen outside the shelter and abandoned. They shelter is one that hoses down the pens while the dogs are inside them. Gracious cowered in the corner, terrified and shaking. 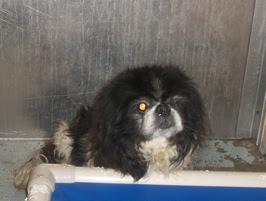 She was filthy, matted, and her skin was inflamed. She had green stuff coming out of her ears. 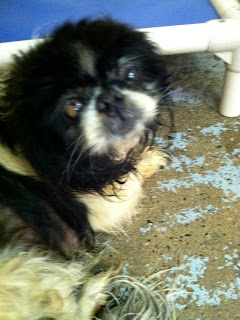 We were asked to help and our NC volunteers went that day to get her. 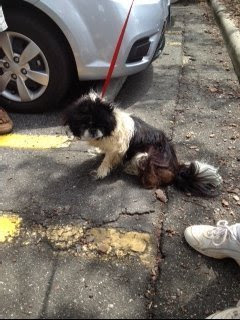 They took one look at her and said, "Good Gracious!" They said (after doing years of rescue) that this one was one of the worst they had seen. She touched their hearts in a very special way. They said she was a mess, but so sweet. They began to call her Gracious. It fit because she had a little gracious personality. 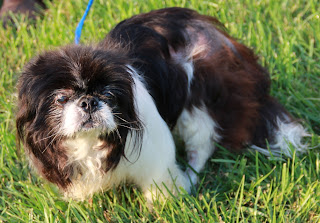 It took four baths to get the dirt and smell off. When the shelter had hosed the pen, all the "debris" went toward little Gracious as she tried to hide. Now, she is clean, but Kay and Claretta got "baths" in the process! Through the whole thing, Gracious was so good, not attempting to bite them at all. 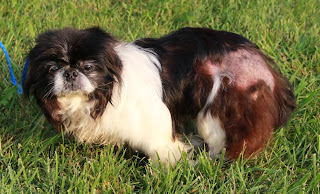 You can see how much of her hair is missing, and where their is hair, it's very thin. She was taken the next day to our wonderful Roanoke vet/clinic. 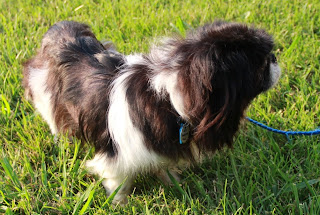 Dr. Hodges thinks Gracious may have allergies, and she had an upper respiratory infection. She was put in isolation, for the health of her and the other dogs, but she is comfortable and has a nice, soft bed, and plenty of food/water. She gets a lot of attention and walks in the vet's clinic. She had xrays done on one of her legs tha thas a limp and we'll know more later. 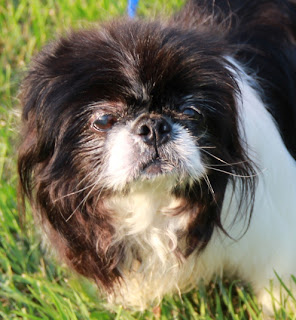 As soon as she can be out of isolation, we'll move her to a foster home. We are so glad we got her in time-- she was set to be "gassed" the next day. It's a horrible way to die. She is safe, loved, cared for and ready for a new home soon. We think she is about 8 years old and about 13 pounds. I know she is thankful we got her!
Posted by Linda at 1:02 AM

I would take her in a heartbeat if I could Linda.

I am sending special prayers for this little girl who needs a safe , warm and loving home.

oh Gracious! I am so relieved that you are rescued!