ARBY TO THE RESCUE! 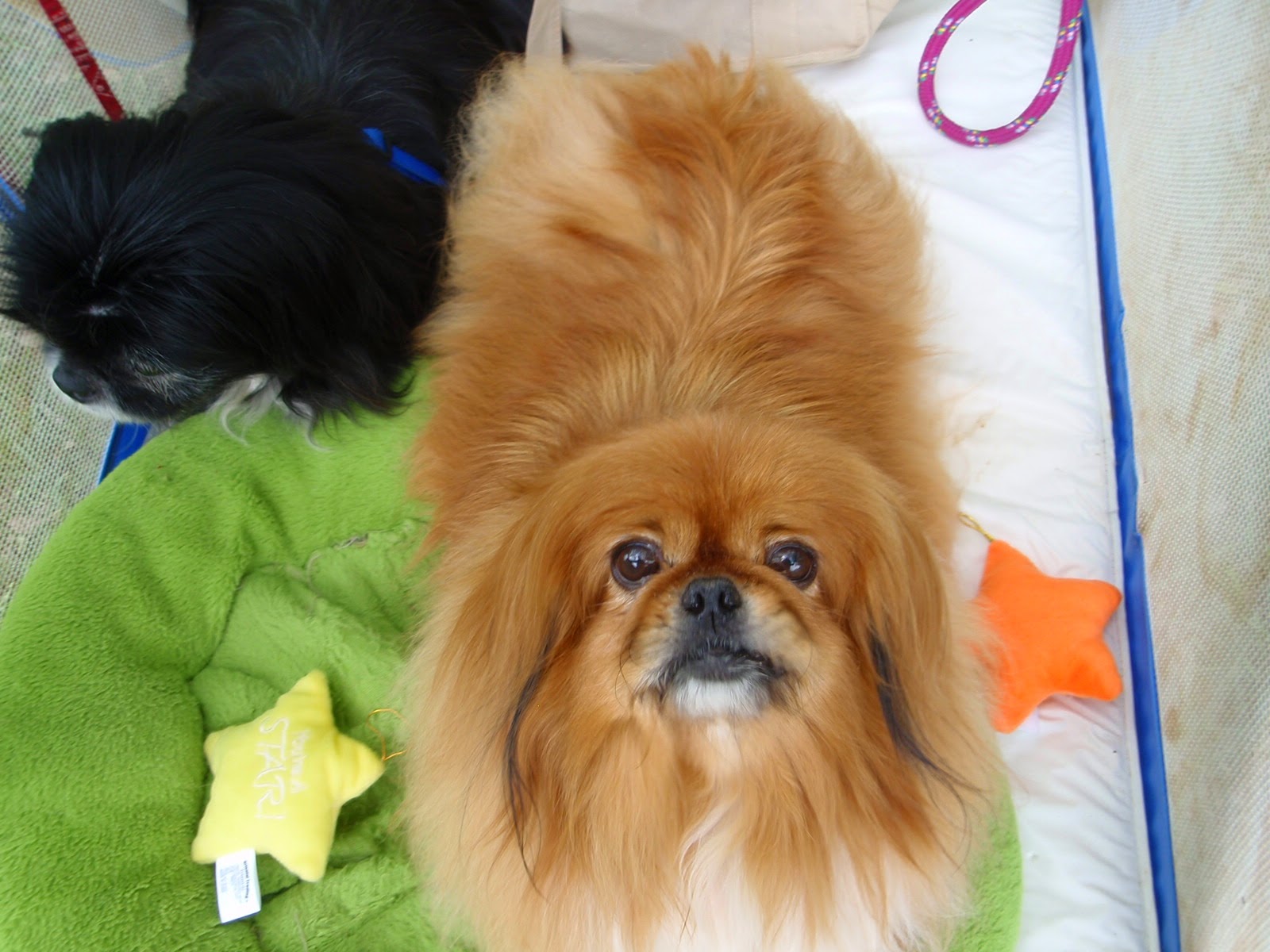 Arby was one of the Bristol 18 Pekes we took in August, 2010.   I can't believe it's been over four years since their journey to safety..   Arby was 8 years old, so she's 12 now and more beautiful than ever.   She came in as a sick, heartworm-positive dog who has health issues, but she had a strong will to live! 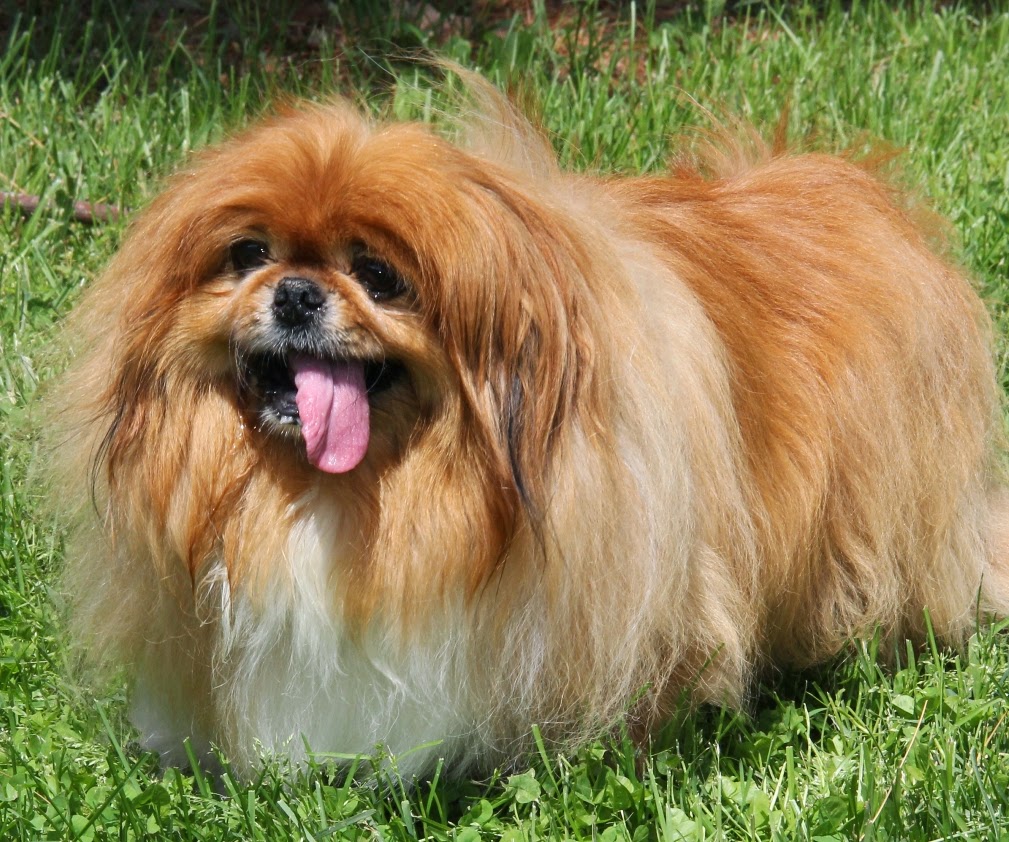 Her mom said she can sometimes be grumpy-- well, of course, that's a girl's prerogative. 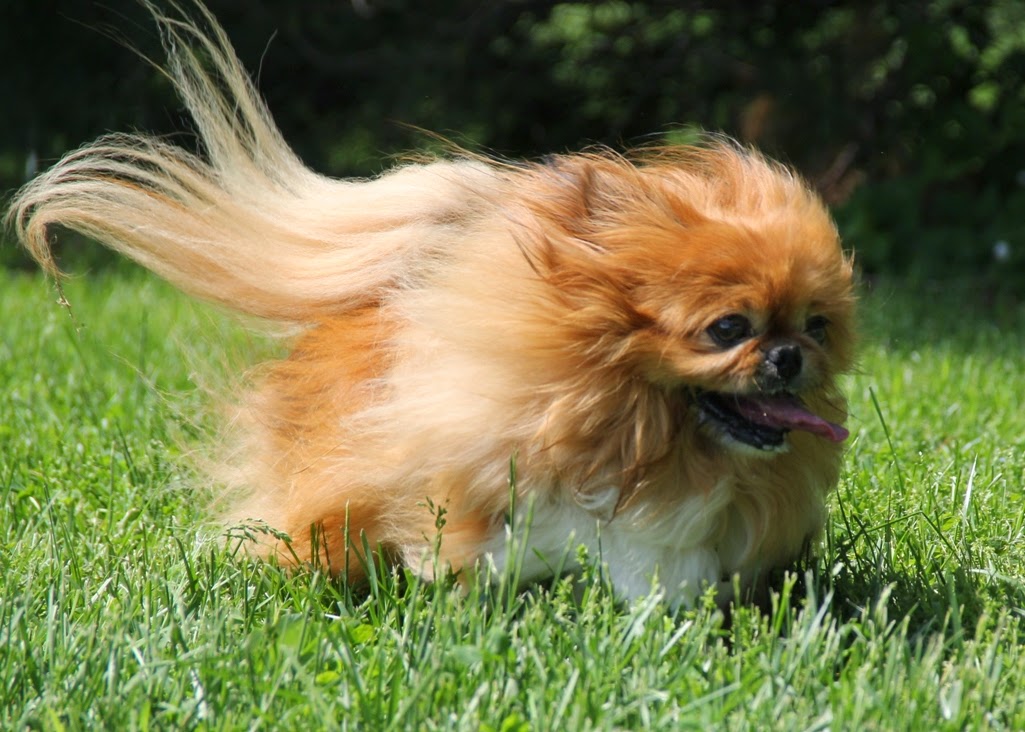 But, this week, Arby was a hero!      This sweet girl noticed that her buddy, Gnogi (who is a Corgi, but thinks he is a Pekingese) was tangled up in the long fringe on an afghan.    Arby was very upset and bounced up and down until her dad noticed the problem and freed Gnogi from his situation.   Arby is a little heroine!!    I thought she deserved some kudos for her heroism!!   YAY, ARBY!!
+++
Now for a "funny"-- Arby's human "brother" has a Corgi that he thinks is exceptionally smart.   When he saw the blog, he said, "That was clever of Gnogi to stage such a non-Corgi-like catastrophe to provide Arby with an opportunity to make Pekingese appear capable of heroism."  Oh, such small faith is Peke's great ability to save another.  Oh, my. :-)
Posted by Linda at 1:00 AM

Arby the hero has such beautiful fur and the colour..... wonderful!

She is just precious!

I received this from Arby's mom:

Linda, as you already know, I love this blog! Thanks so much for making my day, plus the rest of my family’s. I like the way you brought in the human brother aspect, showing that even a little heroine dog has brothers, large or small, to contend with! Thanks again - Peggy

It is so great to see updates on the survivors of the Bristol 18 and Arby was one tough cookie. She is beautiful and obvious that she is loved! Yay Arby!