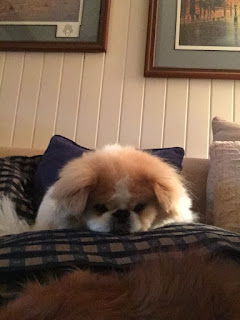 Starlight sure puts up with a lot and sometimes, she just has to pout. 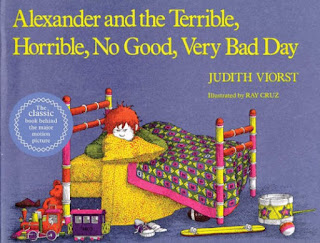 Starlight read this book and thinks Alexander has a very good idea.    She should move to Australia. 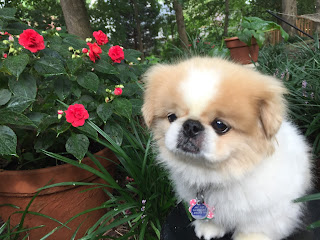 She poses for pictures for me.  But, she told me she has had enough.  She's moving to where Melinda is.   If you haven't read the children's book, "Alexander and the Terrible, Horrible, No Good, Very Bad Day" you need to read it. 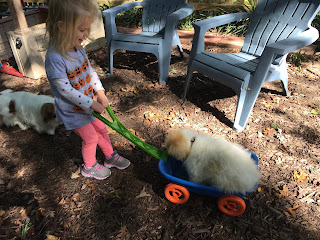 Alexander got gum stuck in his hair at night-- but Starlight just has to put up with Bits.  There have been times that things have been caught in her hair-- usually because they came down from Sugar Bit's chair. 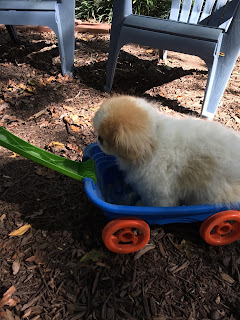 So, like Alexander, she is thinking of moving to Australia. 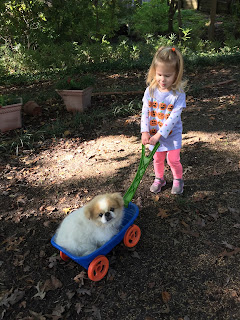 I put her in the little wagon that Sugar Bit likes to pull around.   Starlight looked at me and said, like Alexander,  "I can tell it is going to be a terrible, horrible, no good, very bad day." 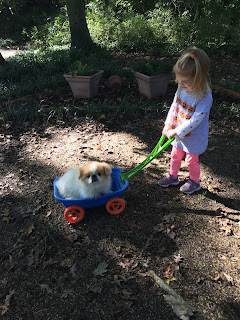 Starlight has been so good with all the grandbits and sometimes a new foster comes and she has to share.   Enough is enough though.  She thinks she will move to Australia. 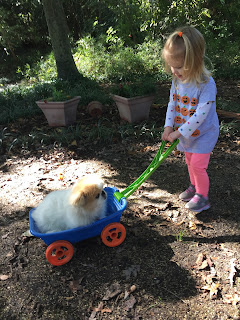 Starlight has to put up with new dogs in her space, kids in her face, and it's just a lot.  She's moving to Australia! 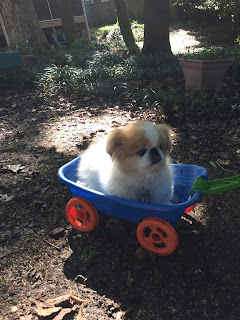 Sometimes, Starlight likes to be the boss-- okay, all the time.   She tries to be the queen and ruler, but it's all fluff.  She tries and sometimes, I pick her up and tell her to be nice to a new foster dog.  Alexander had problems with his friends sometimes, too.   So, he and Starlight want to move to Australia. 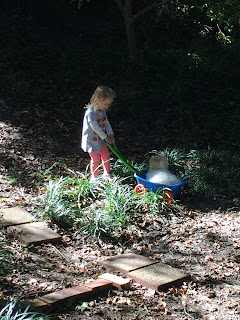 She's not like Alexander.   She doesn't mess up my house.  Well occasionally she will have an accident.   But, that's minor she thinks. 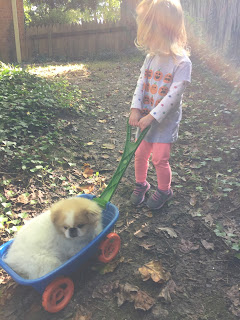 Alexander went to his dad's office-- and touched things he shouldn't touch and messed up a lot.   Starlight just becomes baby cujo when she's out in public.   I just tell people not to touch her.   It's hard because she's so cute! 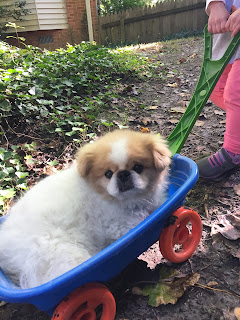 Melinda said if Starlight moves to Australia, she will collect her and her bags and take her home.   She can live there with Melinda and Coco. 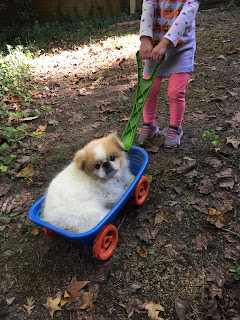 Maybe Starlight will have second thoughts and stay home-- or she just might move to Australia!
Posted by Linda at 12:30 AM

Well Miss Starlight .... I think I better tell you something about your move here.
It will be summer soon so the temp. can get over 100f but you can get a summer cut with Coco in December at her groomers.
As to Christmas - not only is it hot but we have seafood and BBQ's outside on Christmas Day so I hope you like that.
Oh ... at night we have possums in our tree's - this can make Coco woof so I hope you are up to woofing possums off too .... then there is the fruit bats that come out at night looking for fruit to eat . Woof Woof !
You will have to have a bed next to Coco in the kitchen and when we all go out in the car we drive on the other side of the road...don't be alarmed!
I know you have to put up with Linda's Bits but ...... this is the bad news Starlight- I have bits too!!!
Only two but I know they will want to cuddle and hug you a lot as you do look like a Teddy Bear .
Still Starlight I think Coco will share her hiding spot under the kitchen table with you!

Lovely story for a Monday morning. Starlight is just such a delightful little thing with tons of patience and understanding for the Bits. I'm sure Coco would welcome Starlight but what on earth would we do without our Starlight to make us happy every day.