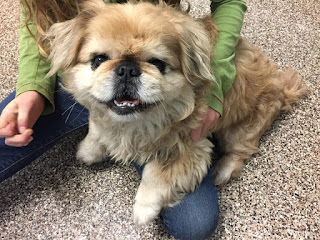 Bumbles came to rescue from a shelter near me in November 2016. 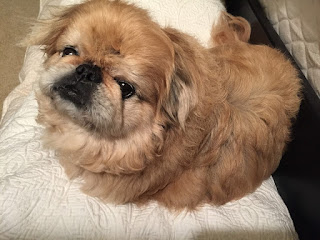 We knew he was over 8, but since he was a stray, we didn't know how old he was. 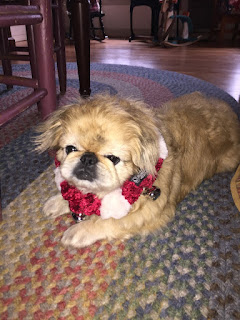 He was sweet, no matter what his age was. 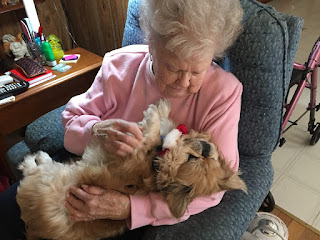 I took him on a visit to meet Jane, and he loved snuggling with her. 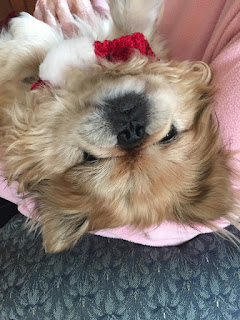 Fia saw his picture and fell in love with him. 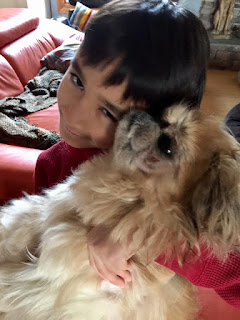 He went to live with her and her family-- he was so good with children and the other dogs. 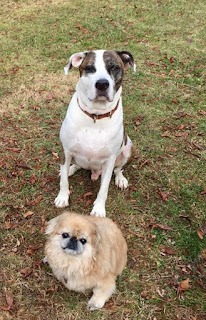 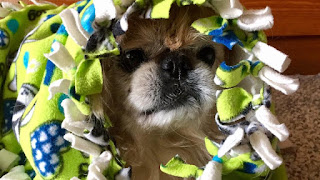 He also had a silly side! 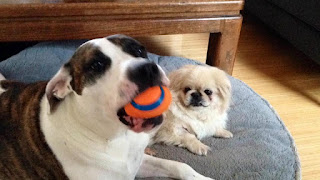 He was adored, loved, cared for, and given the best home ever. 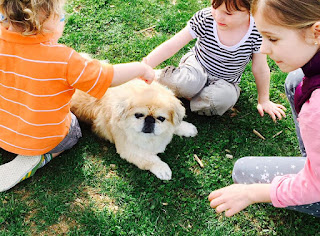 Bumbles began having health issues.   He was diagnosed with degenerative spine and he went faster into decline than expected.   He lost bowel and bladder control and could no longer walk.  He tried so hard, but this week, he told his mom he was done.   It was time. 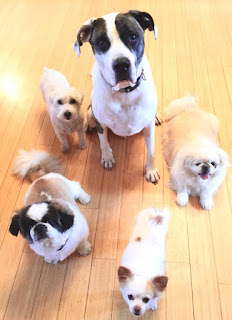 His doggy family (with visitor Coltrane) and his human family will miss him so much.  He was a special boy-- run free now, little man.
Posted by Linda at 10:06 AM

I remember Bumbles .... I wanted him too but the flight to Australia ...LOL

I am so sorry for your loss for he was such a lovely boy but he sure had a wonderful family to live out the rest of his life .
Bumbles was just so cute.

So sorry for your loss... Bumbles was such a cute little boy. Hugs and prayers ♥️