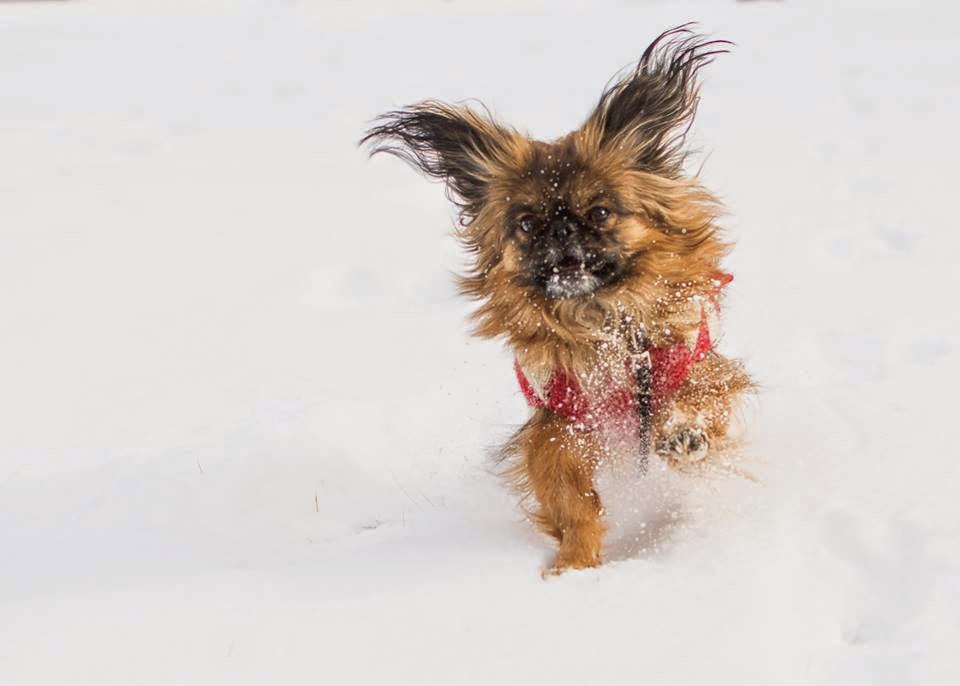 A lot of dogs were having a great day in the snow!    Schmoo is one of them-- his dad says he bounces like Tigger.   I can see it! 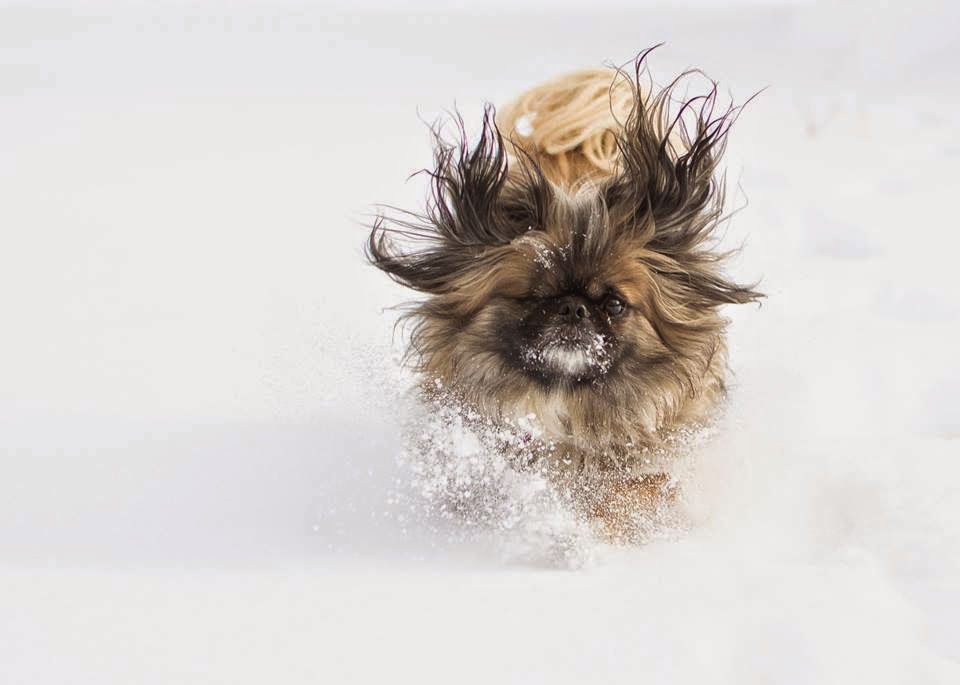 His brother, Pudgie, is flying through the snow!  His dad says he "flings" himself forward. 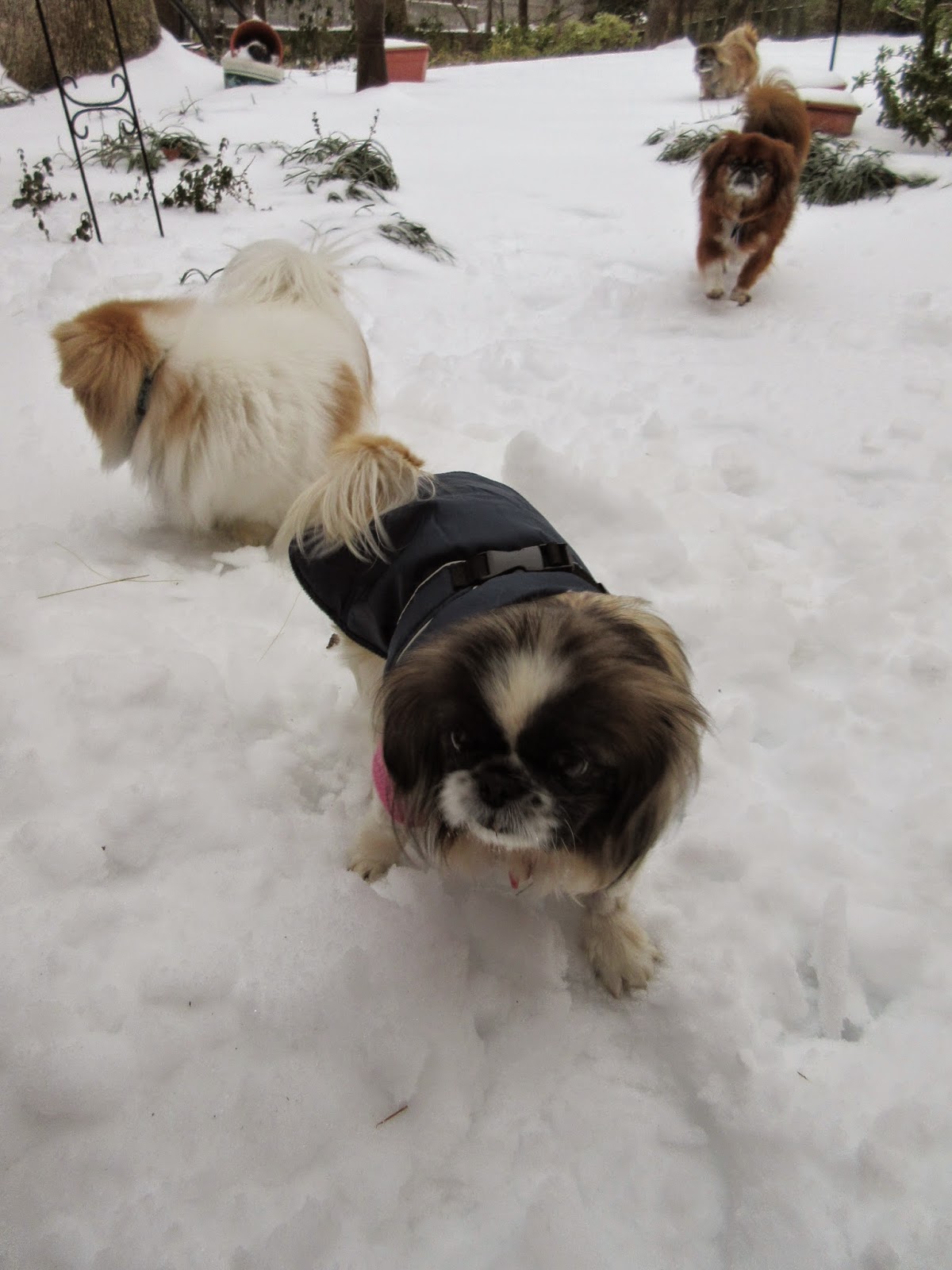 No one flings themselves at my house.    I have a lot of older dogs, except for Lexie.   She doesn't "fling" either, but calmly goes about finding her spot. 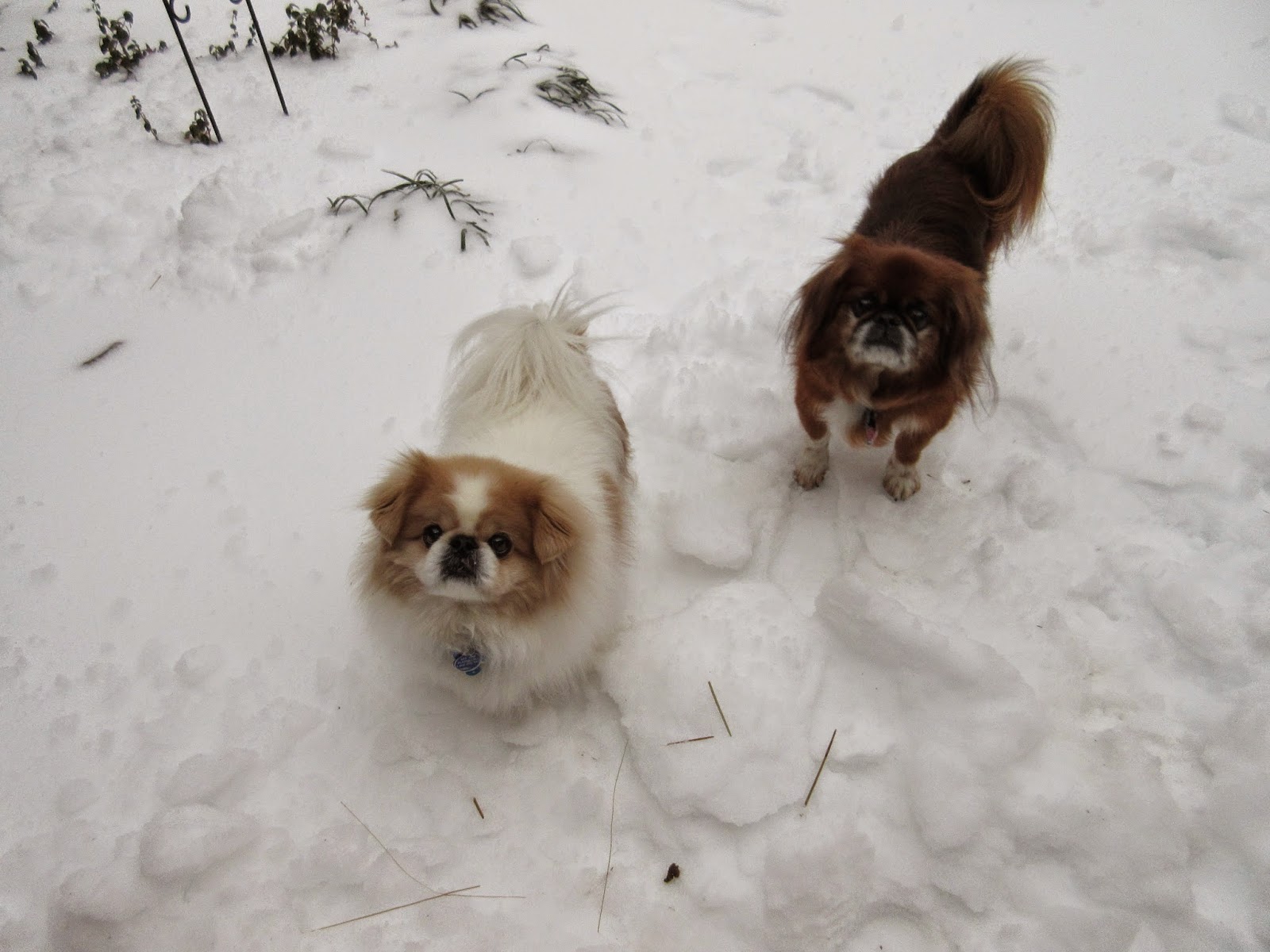 Starlight and Kai Kai were not crazy about the snow.   Kai Kai stayed out as little as possible. 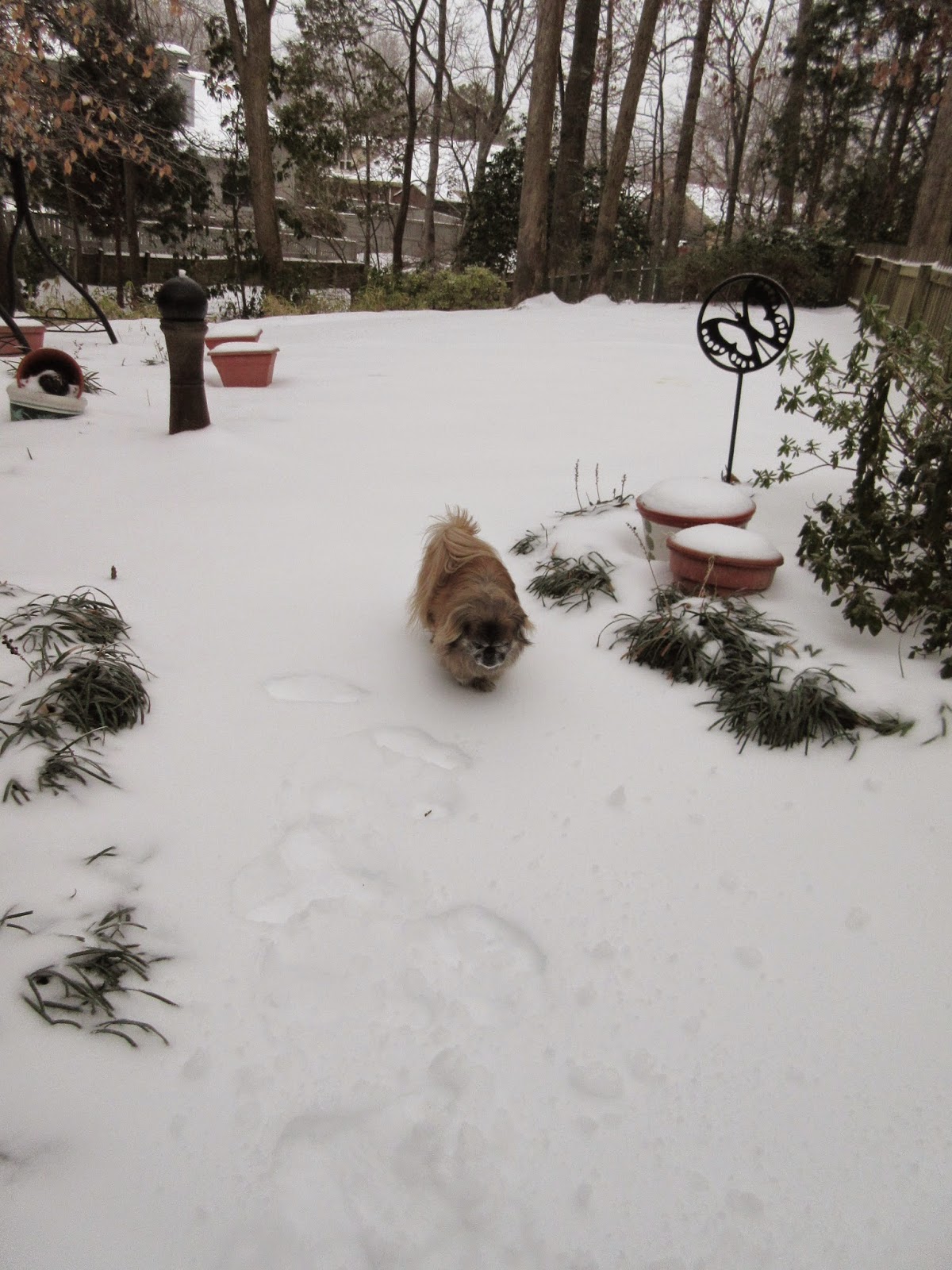 Max does love to sit out there and monitor the... trees, creek, neighbors.   Aren't you cold, buddy? 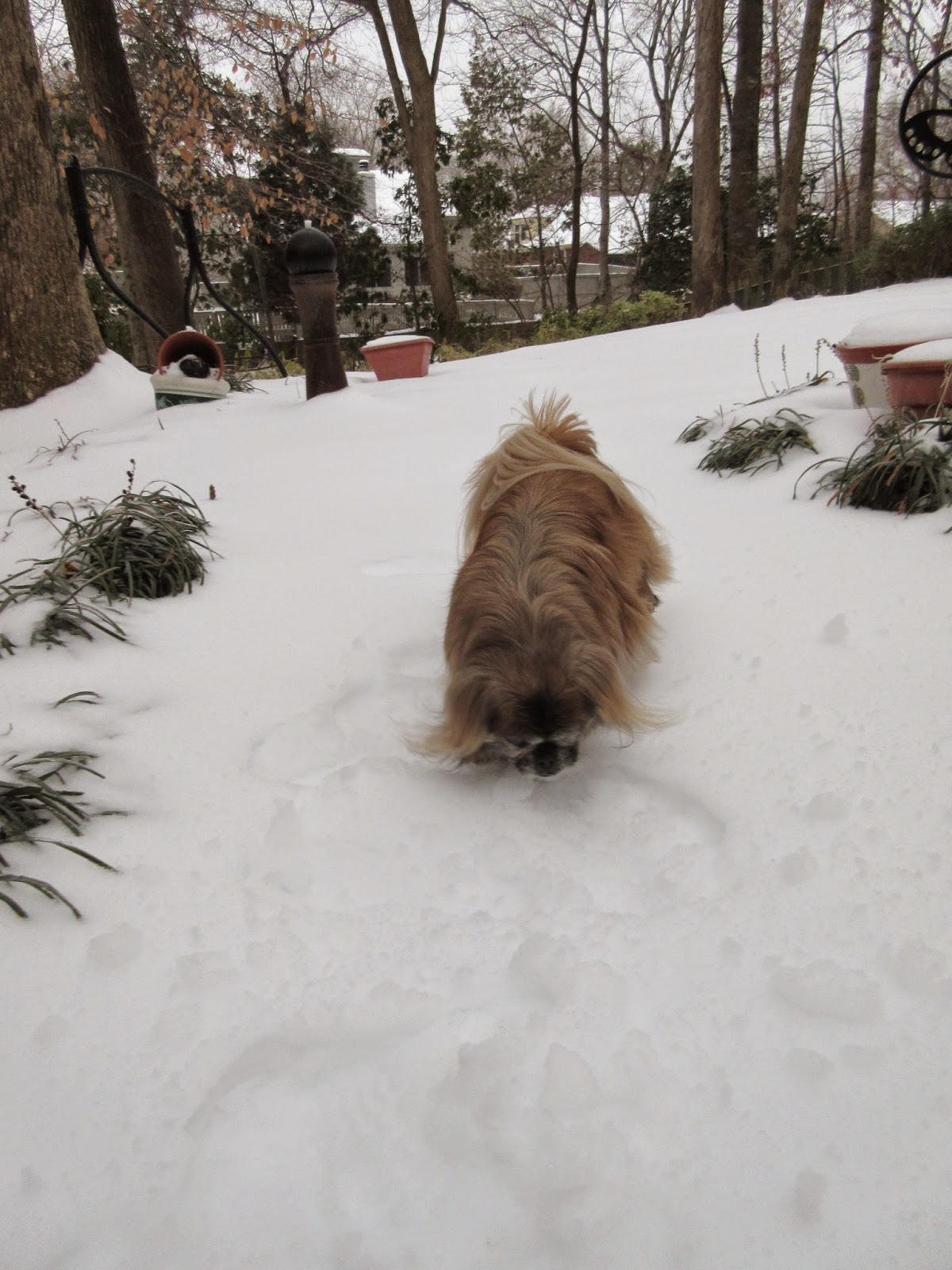 He does eventually come in.    Slowly... 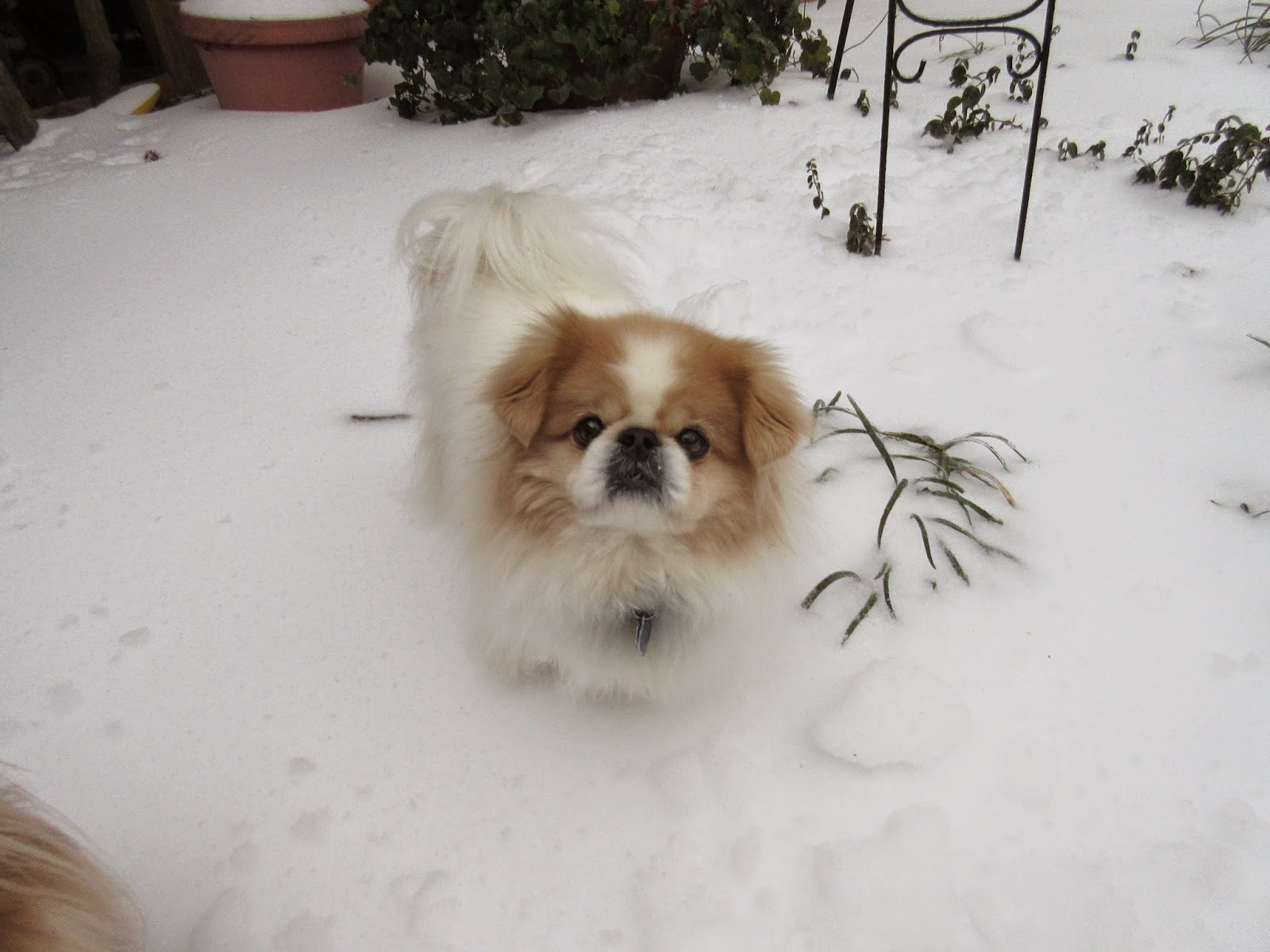 Starlight is ready to be picked up to come inside.   It's simply too much for a diva to have to come in on her own.   A personal chaffeur is needed. 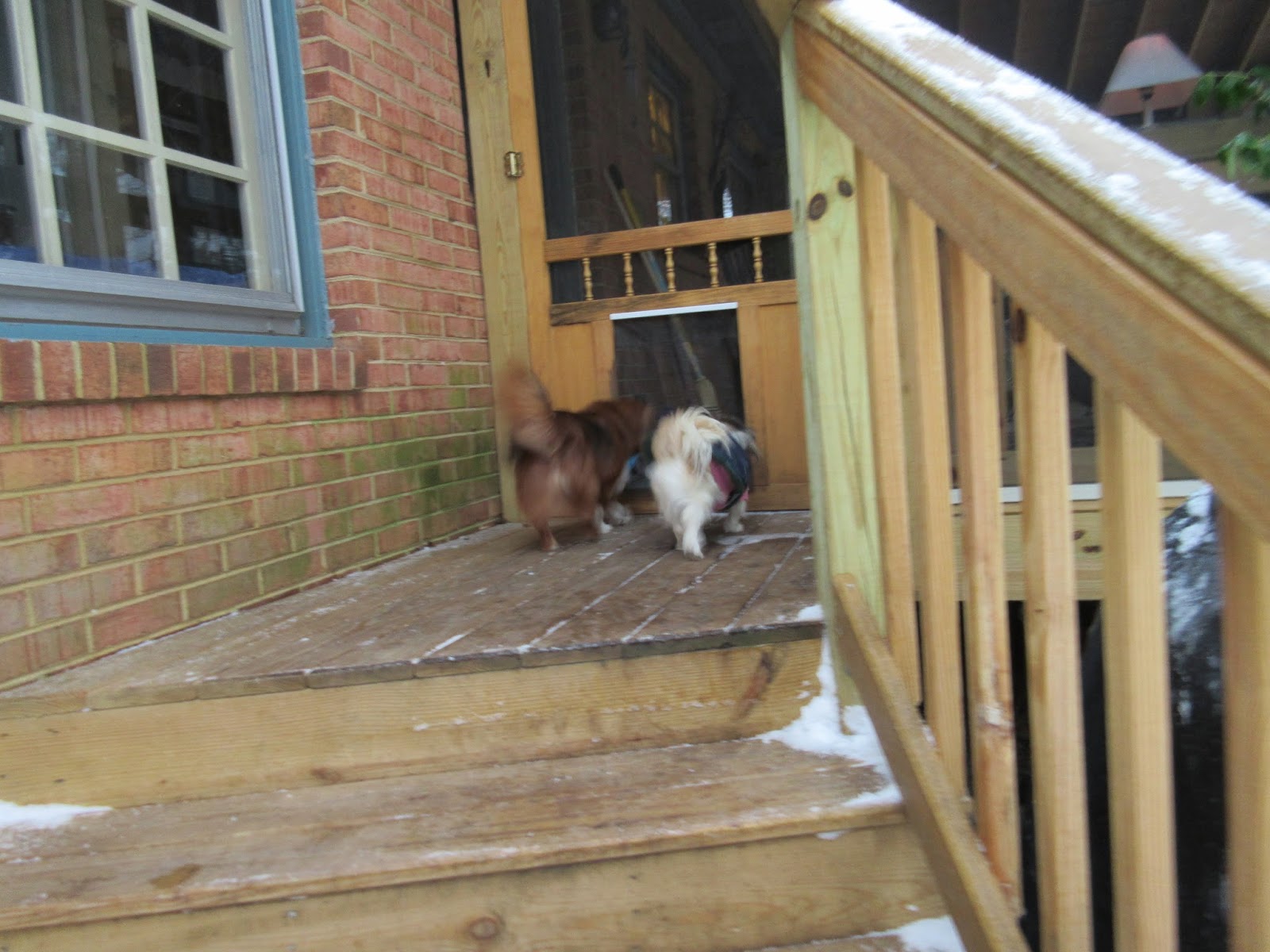 The others are perfectly capable of coming in on their own.
Get ready for more snow blogs!  They are coming!
Posted by Linda at 1:00 AM