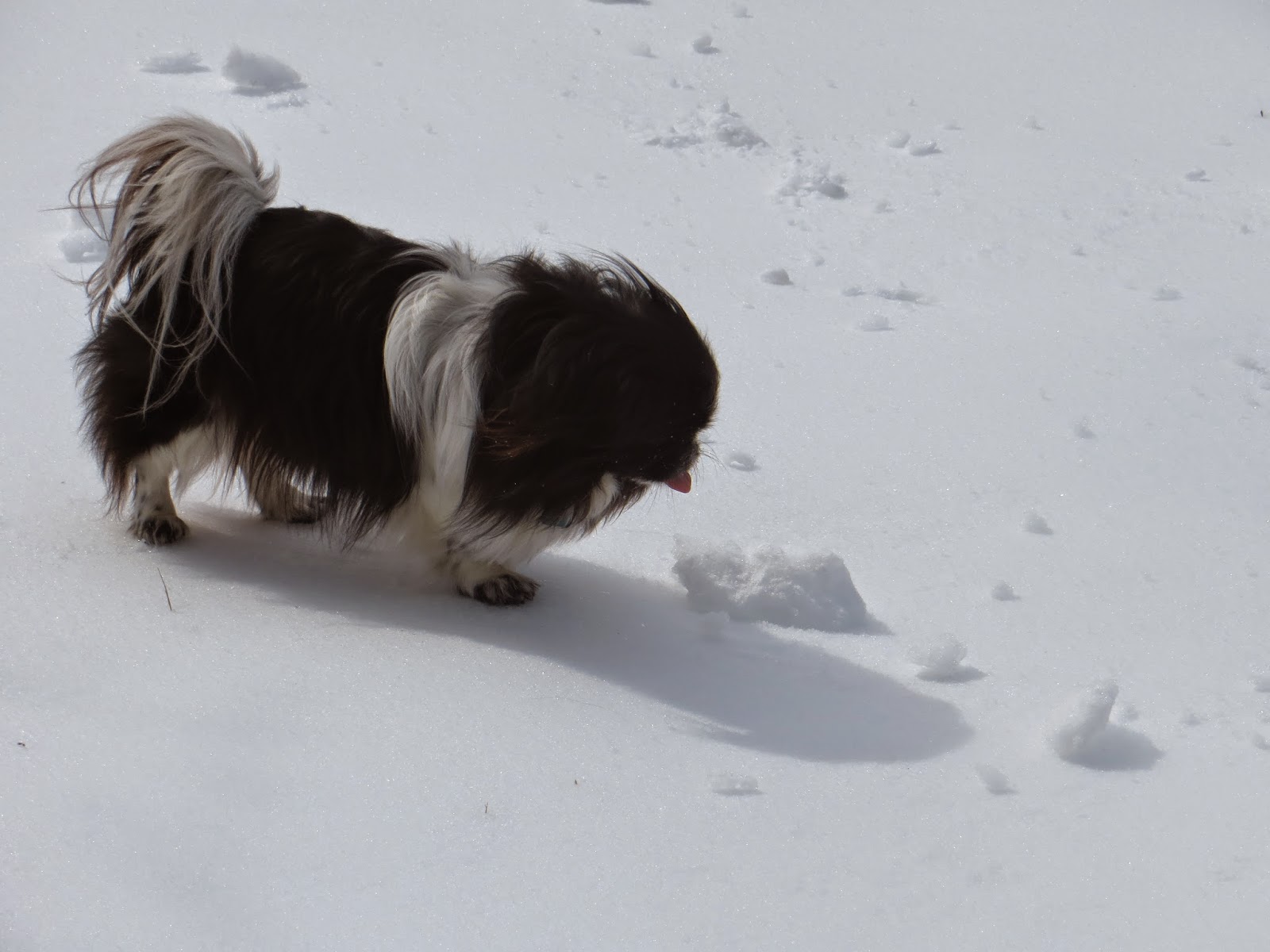 Tinsley-- adopted from us-- loves the snow! 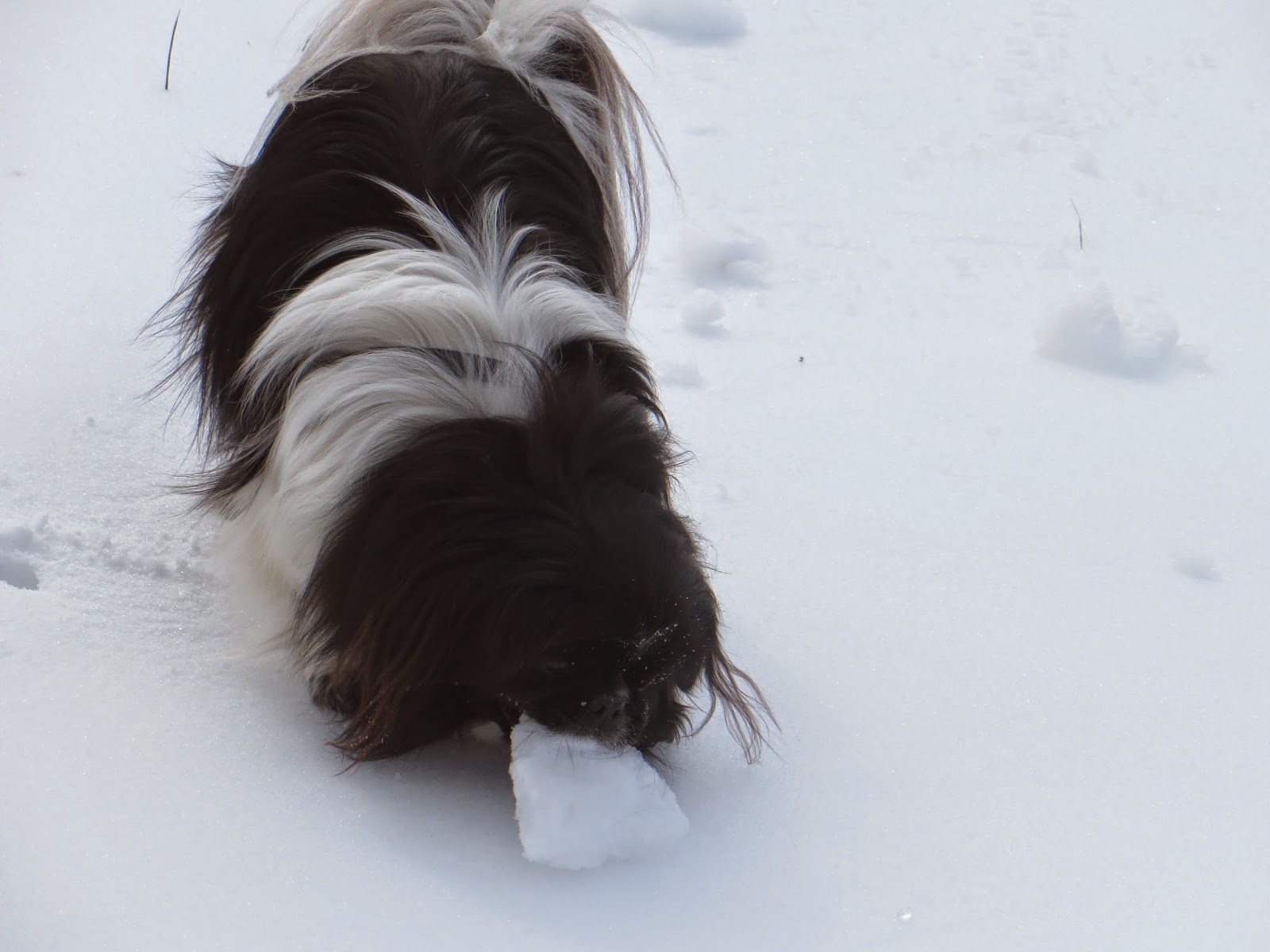 He decided ice hockey was the game of the day!    But, none of the others would play with him.  That's a bummer! 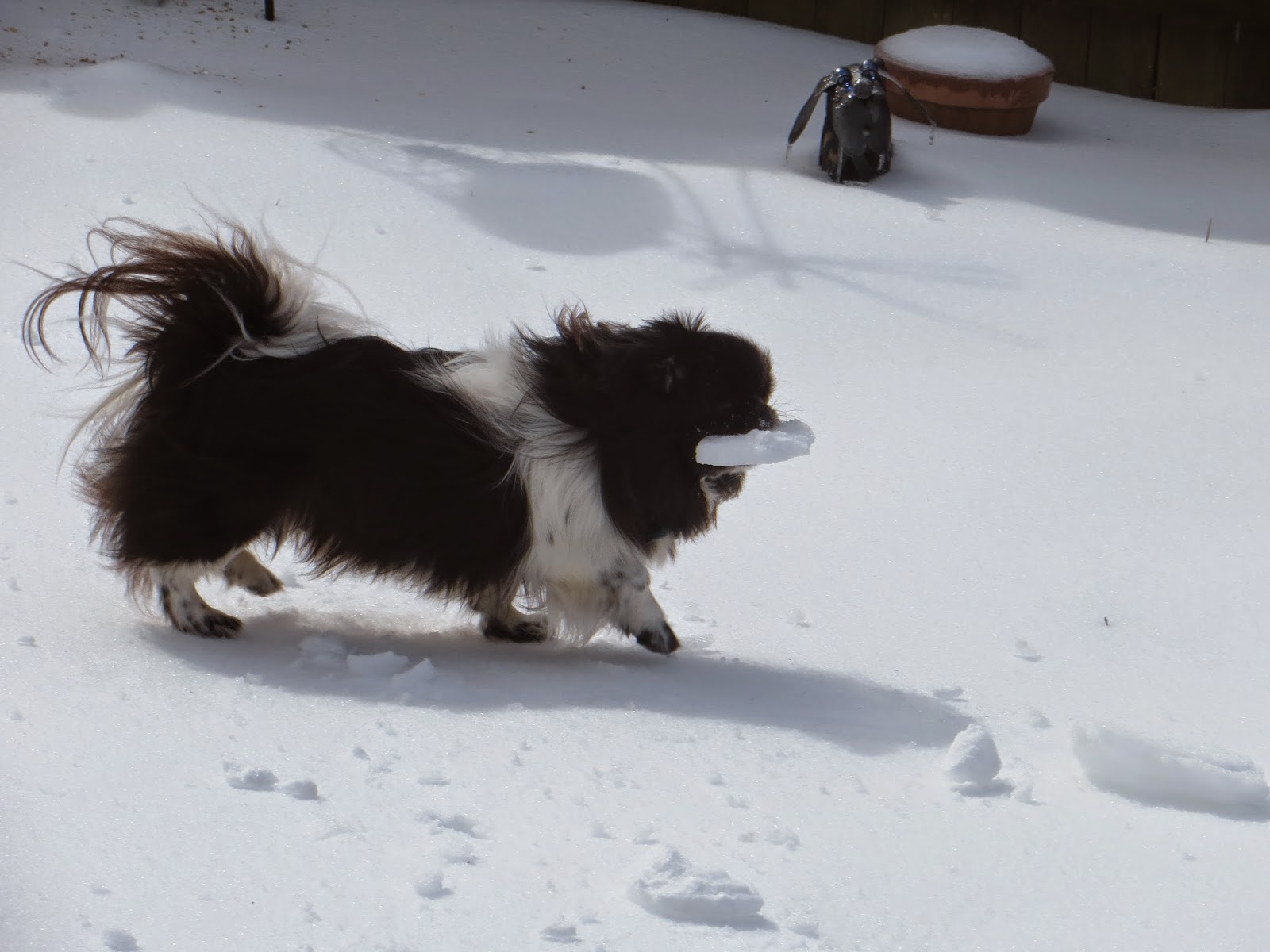 He'll just have to play the game by himself. 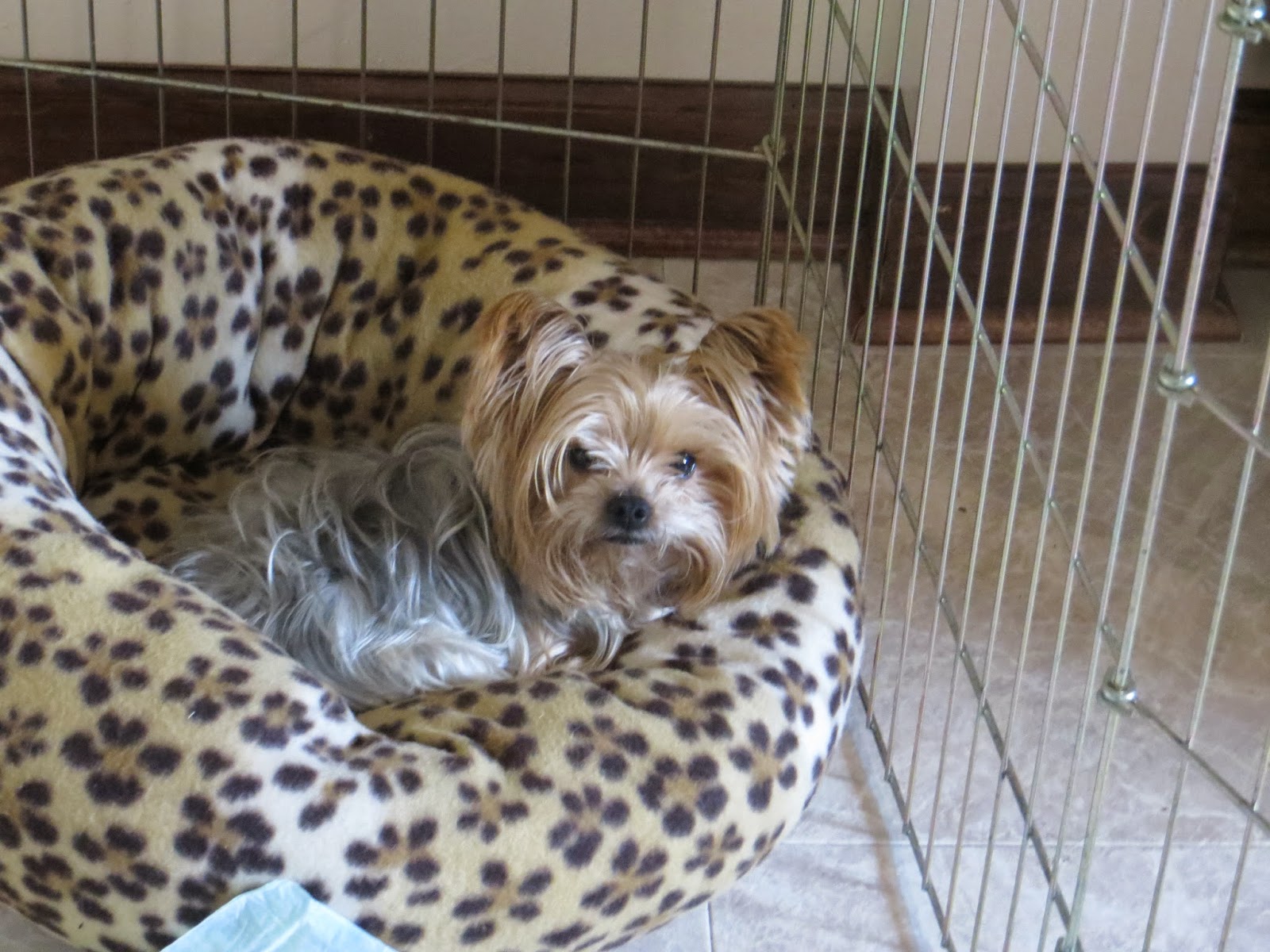 Inside, his new sister, Hattie, is recovering from surgery.    She came in to a shelter and the owners wanted her put down because she had bladder stones.   She is 3 years old and so sweet.     My friend took her, had her surgery done, and now Hattie is recovering at home. 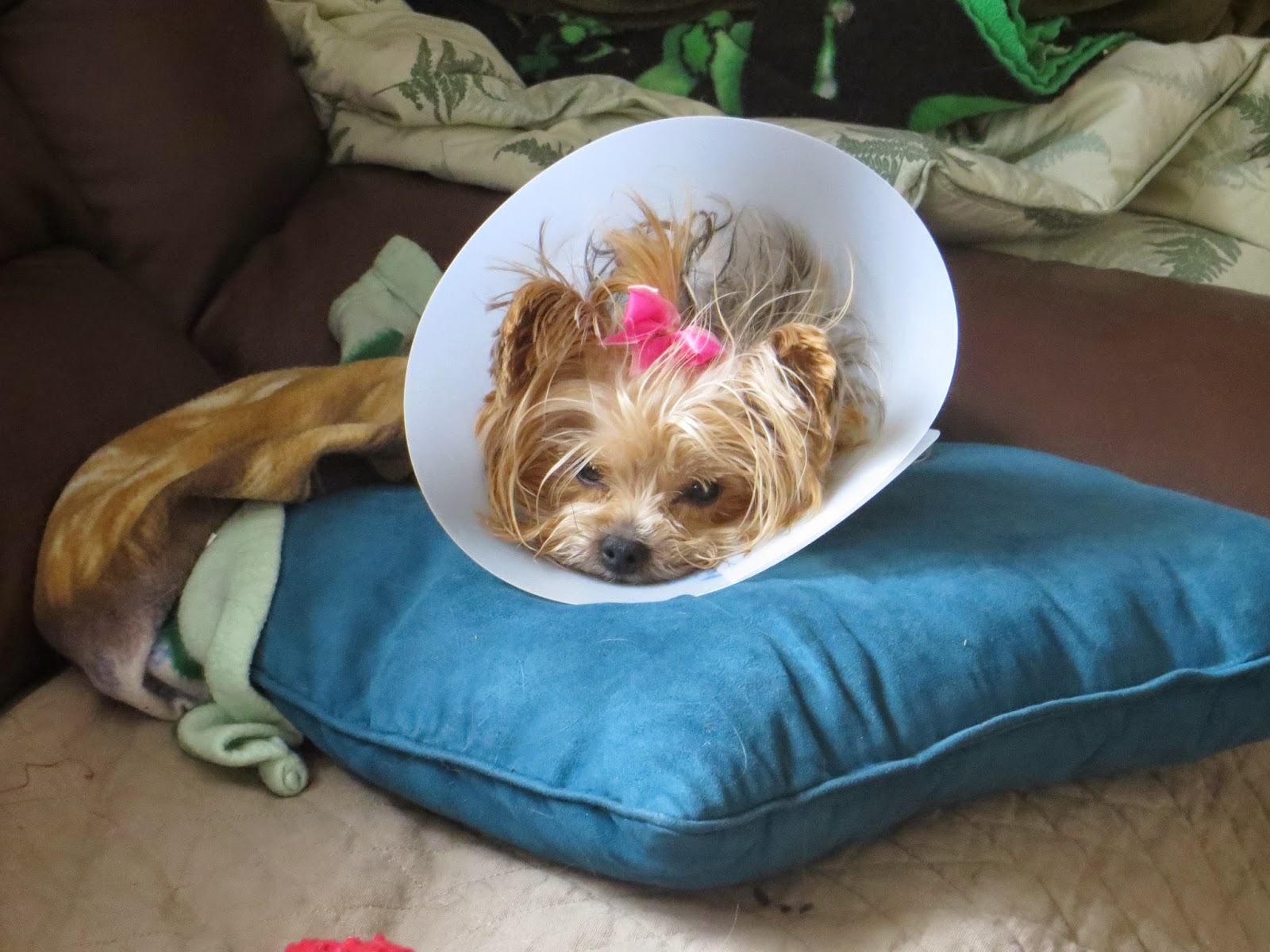 Don't worry, Hattie, you'll be up and playing soon!    Maybe Tinsley will teach you to play ice hockey!
Posted by Linda at 1:00 AM

I love how Tinsley has that ice in his mouth !