CAMP RUNAMUCK RUNS TO THE FARM 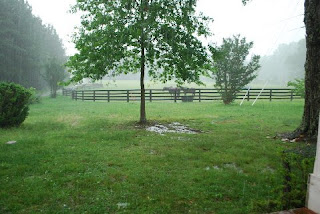 I love to go to my daughter's farm-- you can sit on the porch, sip your coffee and look out at the field. 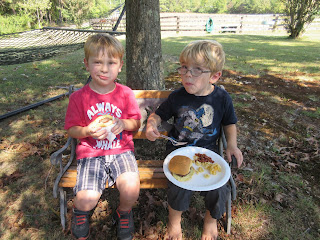 We went there to celebrate a birthday-- my son in law turned 40!   (Oh, so young!)  Beach Bit and Drill Bit were loving the party. 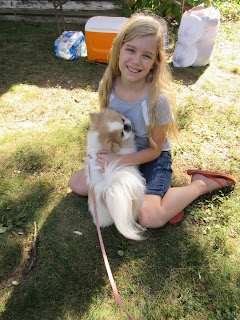 Lil Bit (who is now 12!) and Starlight were having a great time.  I let the dogs come out for a few minutes-- you know Starlight was NOT going to let anyone touch her.   But, she loves her grandbits! 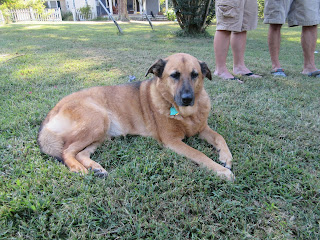 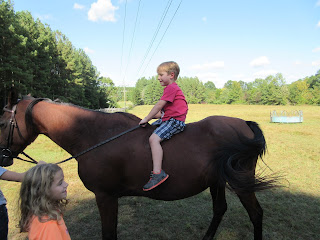 Beach Bit got to ride Chivalry-- 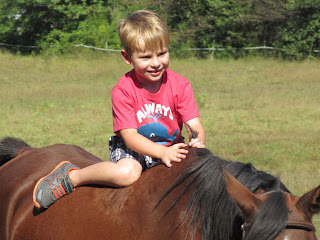 His position isn't great, but he held on! 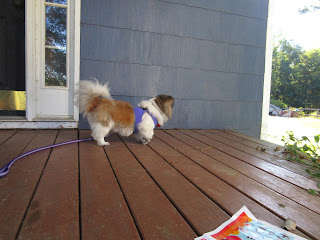 Chumley was happy to be at the party-- of course he was.   He should have been named Happy. 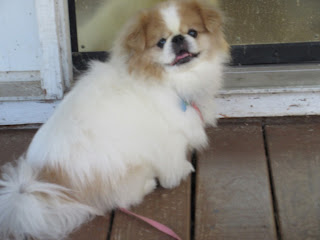 Starlight was done-- time to go back inside. 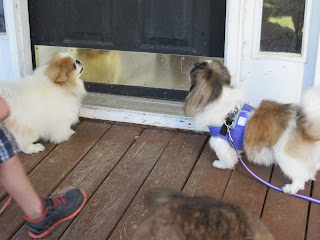 Chumley was ready, too. 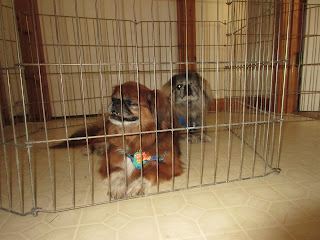 Kai Kai and Max were hanging out inside in the xpen.    Too many doors opening to not have the Pekes safely in an xpen.   There are no fences there, so I don't want to be looking for Pekes. 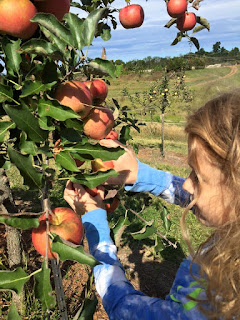 We also went apple picking at Grelen Market-- it is beautiful there. 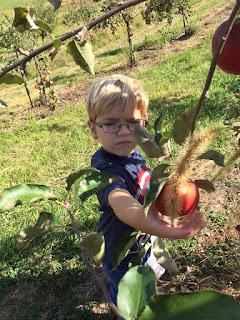 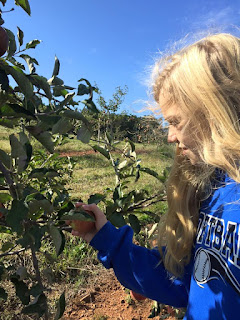 We ended up with a lot of them. 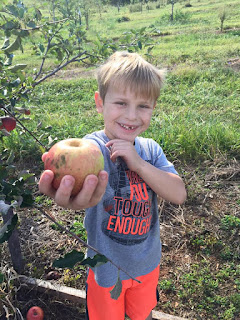 And ate some on the way home-- nothing like a fresh picked apple! 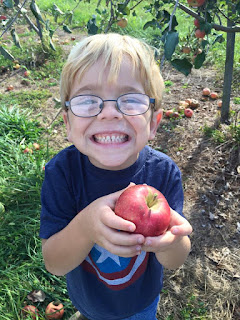 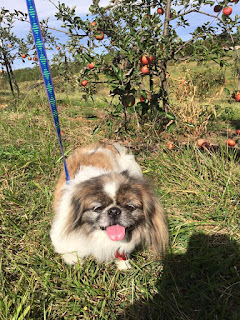 Chumley loved going on the adventure.  Bitty Bit loves Chumley-- she says he is her dog, but he lives at my house.   He loves her, too. 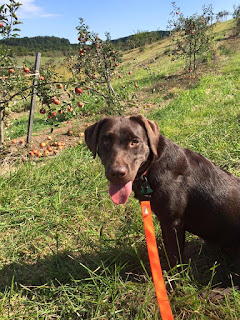 Gigi went along and we hoped to wear her out-- she has a lot of energy. 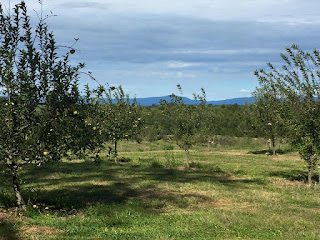 We were able to see the mountains from the orchard-- and then we had to return home.   What a great week-end we had-- Camp Runamuck at the farm!
Posted by Linda at 1:00 AM

Great photos ... we can really feel how much love and laughter the visit was!

* Oh that Starlight is SUCH a beautiful girl and so are all your grand bits - all of them are so photogenic !!!!!!!!

I love your visit to the farm and the orchard. I'm looking forward to our trip to our local orchard (Williams Farm Inc.) for apples that we will turn into pies to freeze for the winter.

Yay, Camp Runamuck hits the road! Holy cow at how old Lil Bit is and Drill Bit is quite the character, isn't he? LOL