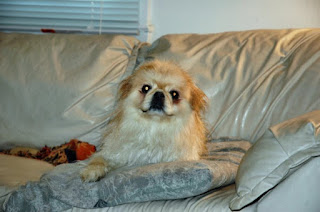 Ba-Ge came into rescue in 2005 as a 6 year old.   He came with several others-- they had been loved and cared for, but the owner could no longer keep them due to his own health.    I fostered Ba-Ge and he was such a sweet boy. 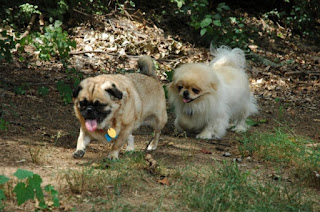 Ba-Ge had a bit of an odd build-- he was a swimmer pup.   His chest was very flat, but when he was born, the owner knew what was wrong and did a lot to help Ba-Ge learn to walk and function.   Here's a link if you want more information on this.   Click here: Swimmer Puppies: Puppies that have Difficulty Standing 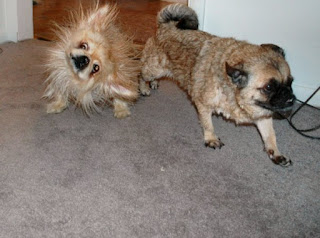 Ba-Ge would get so excited when ever I came home-- even if I had just been gone an hour.   He would jump on the couch and just wiggle with excitement and wait his turn for loving.   The rest were at the door, but he got on to the couch for a higher position and to see better-- adorable!   (I love this picture-- he had just had a bath!) 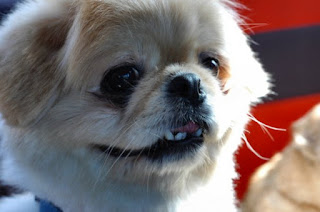 He was adopted by Lisa and Marc.   He lived happily with them for ten years-- and I was able to keep up with how well he was doing.    They had Chyna, a Peke-a-Pug who was precious.   Chyna passed away last year. 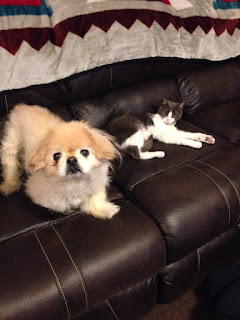 Ba-Ge was a beautiful little boy-- 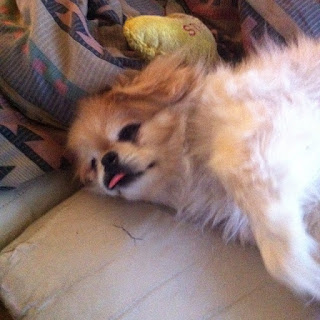 He was getting older, losing his hearing and sight, like so many.   But, he still kept on. 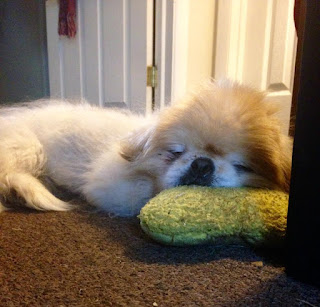 He began to have trouble, and it turned out that his kidneys were failing.   He was having a lot of symptoms that showed his mom and dad that he was just about done. 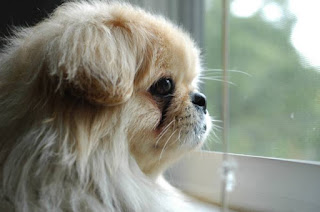 This morning, he let them know it was time. 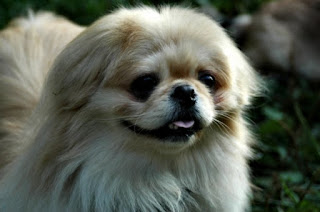 Oh Linda ... I have never heard of "swimmer puppies" ... interesting !

So ... back to Ba-Ge ..... what a beautiful guy he was and I am so sad for his family as I am very sure he will be missed a lot but they gave Ba-Ge a wonderful , wonderful life!!!