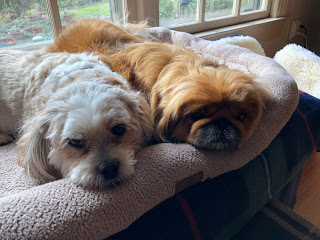 Piper and Paddington said to me, "Really?? You brought another one here?  I know you say he's only here for a little bit, but we're the new guys.  We don't want another new guy."   LOL 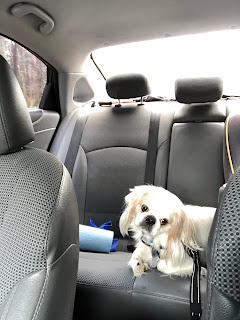 His mom emailed me and needed help.  She was moving and couldn't take him.  He will be 3 in July, and is still so playful. 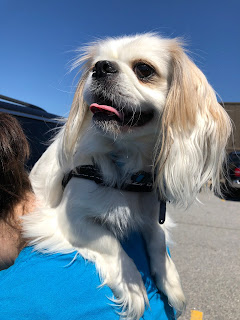 I met her and Marshmallow began the next chapter of his life-- in a rescue, not a shelter. 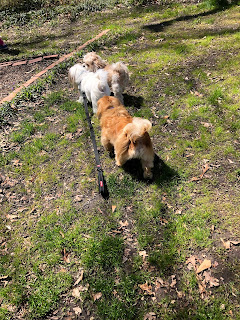 He met my crew-- and everyone greeted him. 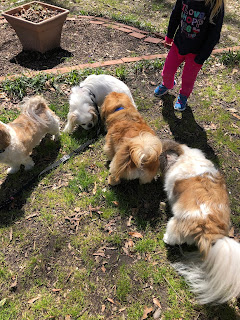 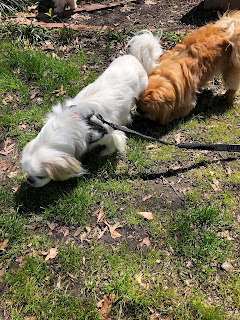 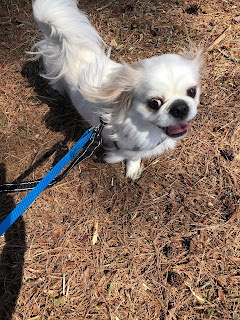 He's very friendly.   He's not alpha and he loves other dogs. 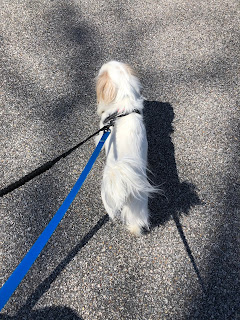 Sugar Bit wanted to help walk him, so we had two leashes.   She gets very insulted if I hold part of the same leash. 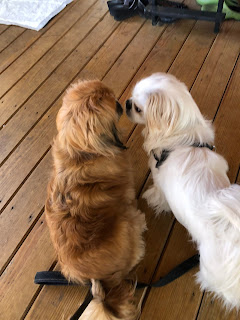 Paddington had a chat to tell him about our house.    Even though Marshmallow is only here a short time, he needed to know the rules.  You know, be nice, don't pee.   So far, so good! 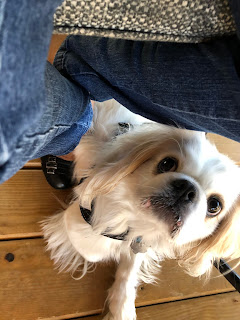 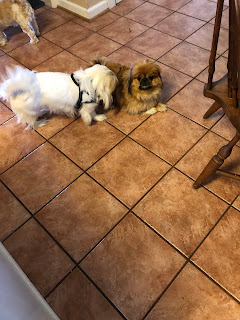 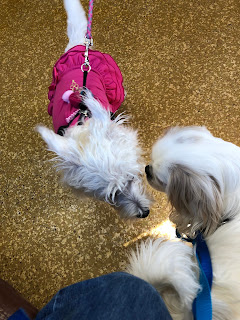 We went to the vet the next day and he met a puppy named Candy.    He loved her of course. 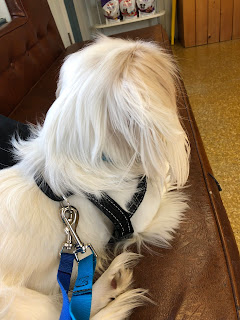 He waited nicely-- and notice two leashes again.  Sugar Bit is a pro at the vet. 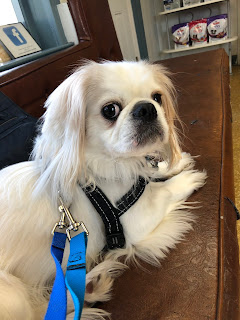 "Why do you keep taking my picture?"   Because you are so cute-- and I have to take about 20 to get one good one.  LOL 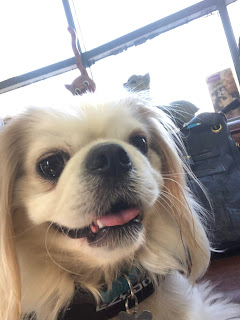 He was okay with it.   He did great at the vet.   He's about 16 pounds, a little lean, but that's fine.   We had his nails trimmed and his feet cleaned up-- nails and hair.  No more grinch paws since we have too much dirt that can come in on them.   Then, back home to play more.  Welcome to rescue, Marshmallow!!
Posted by Linda at 12:30 AM

He is just adorable Linda!

I am doing my Adoption Dance for little Marshmallow !!!

Oh my gosh, he's adorable. I'm so glad he went from home to rescue without a stop in between.