IN MEMORY OF PUJI 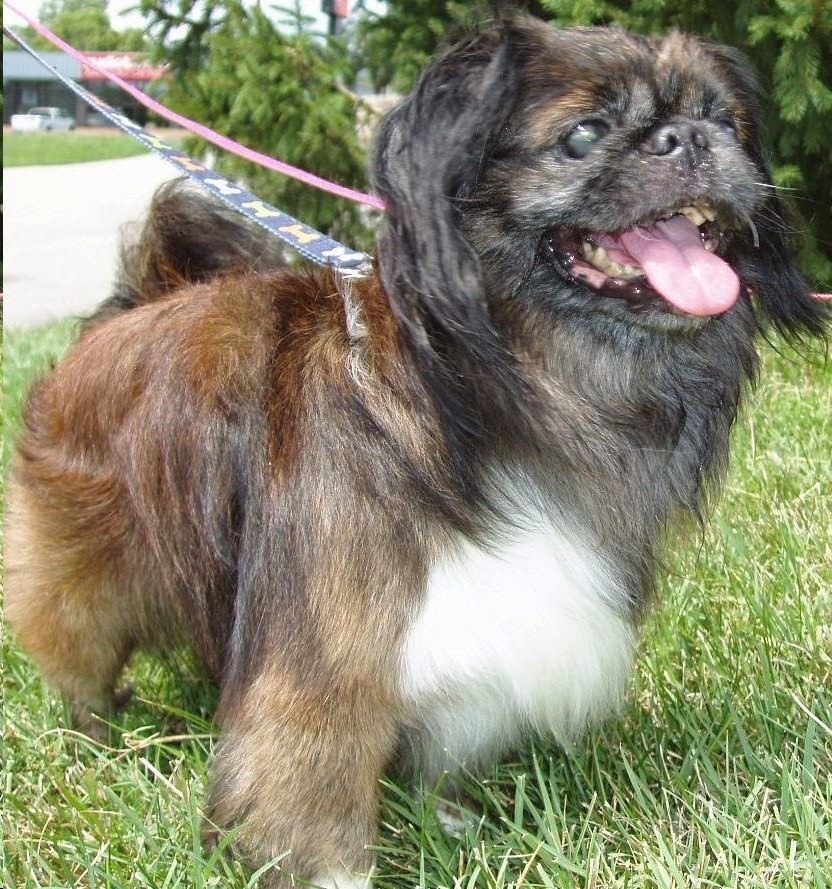 Roger and Lucinda (Dr. Hodges) took Puji and Geisha into their care at the clinic when they were turned in by their owner. 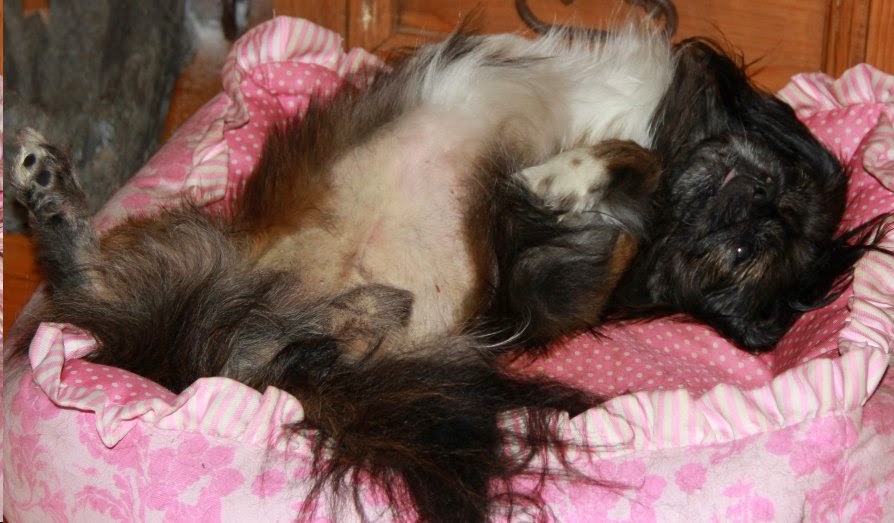 Geisha was adopted, but Puji had some severe medical issues happen.    Lucinda sent me an email about him and I wanted to honor Puji and Roger and Lucinda by doing this blog for Puji.    I also want it to be a thank you to all my foster moms and dads who help so much.   We couldn't do this without you. 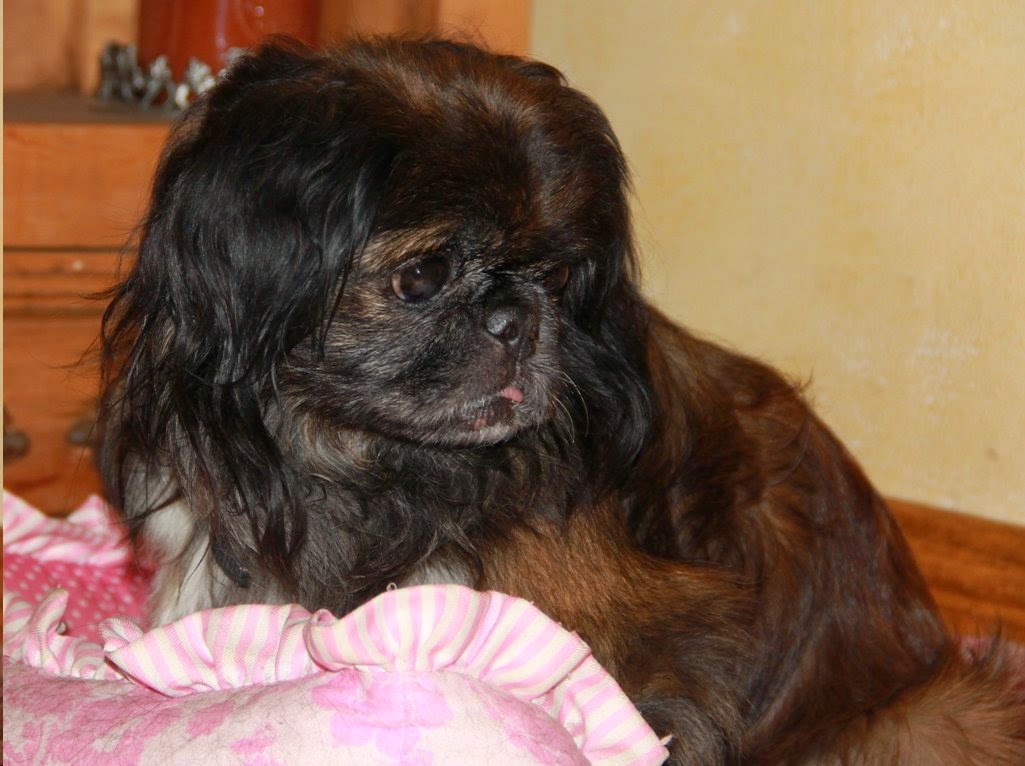 Here's what Lucinda said:   "November the 16 th marks one year since we lost Puji. When he came into our lives in August 2012. 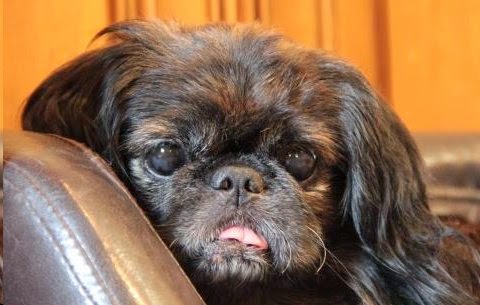 I had no idea of the impact he would have. He and his sister found themselves in need of rescue due to a divorce. 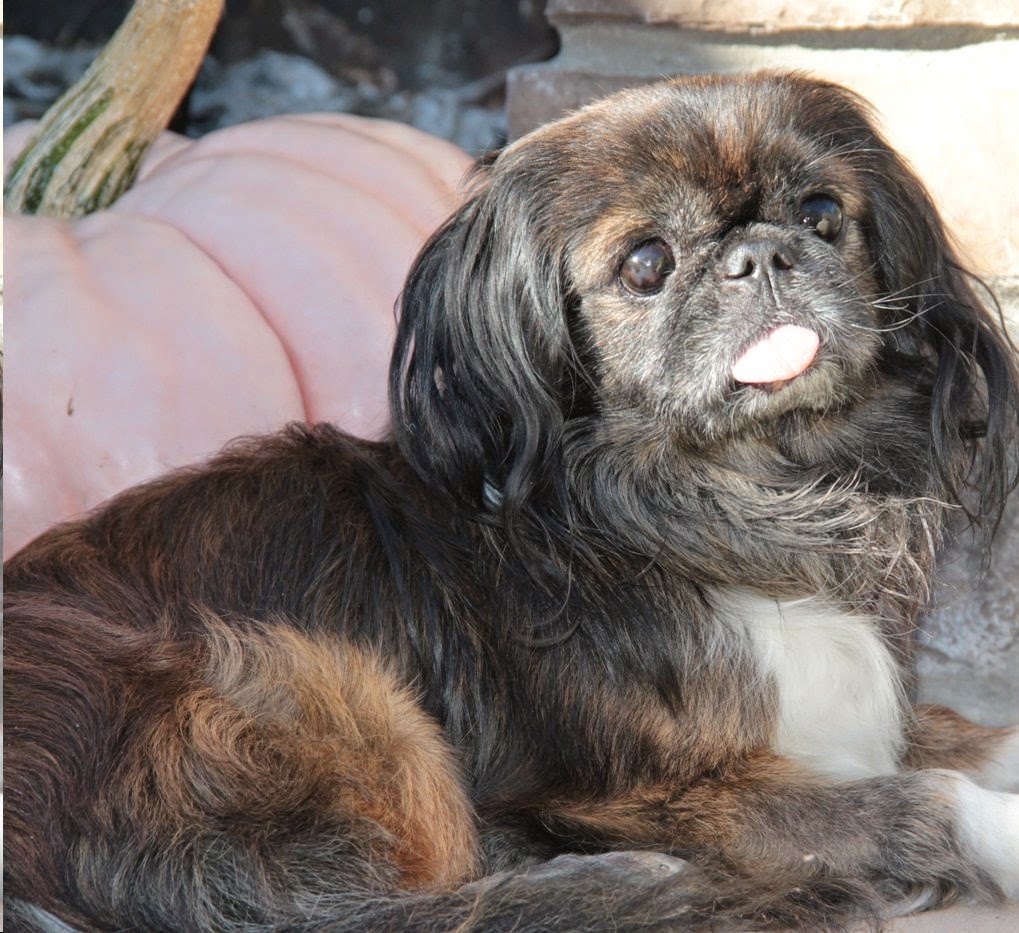 We had a foster home all lined up and Puji was only supposed to be with us until his medical
was completed. Unfortunately, Puji went into liver failure within weeks of coming into rescue. 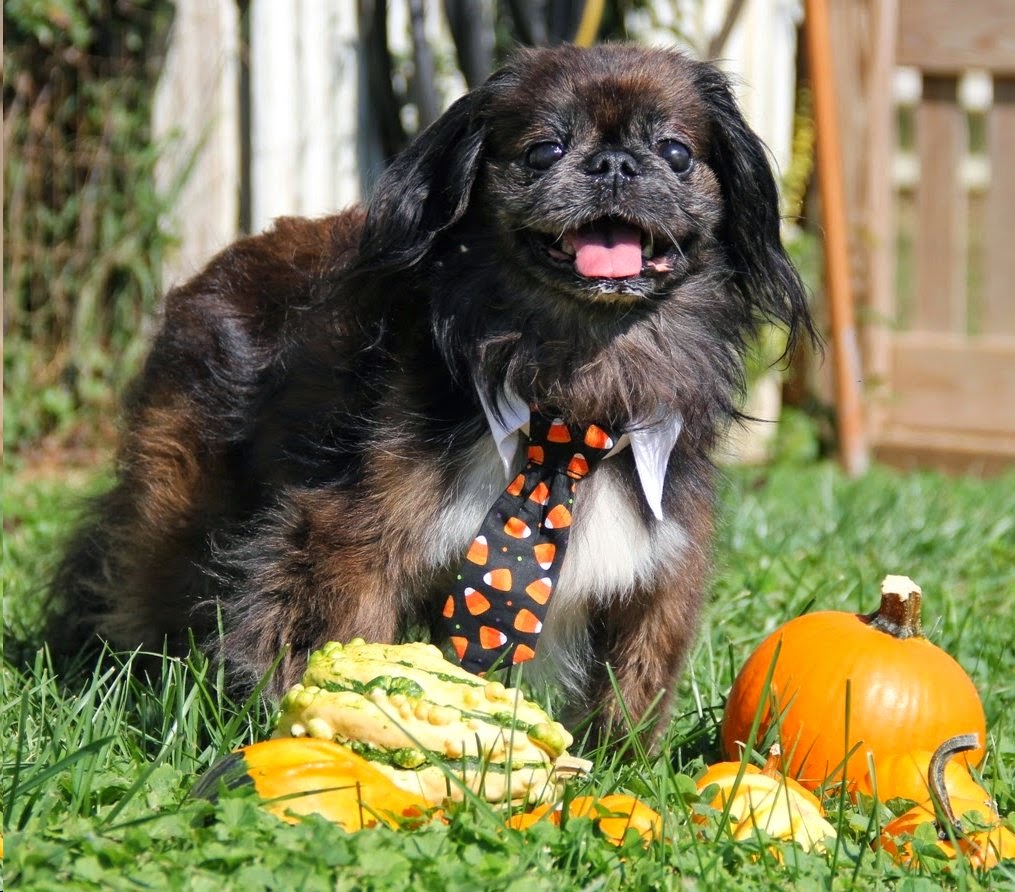 He was treated aggressively with fluids and medications but his liver enzymes remained elevated and he would not eat at all. For a solid month he ate NOTHING on his own. I had to syringe feed him multiple times per day. 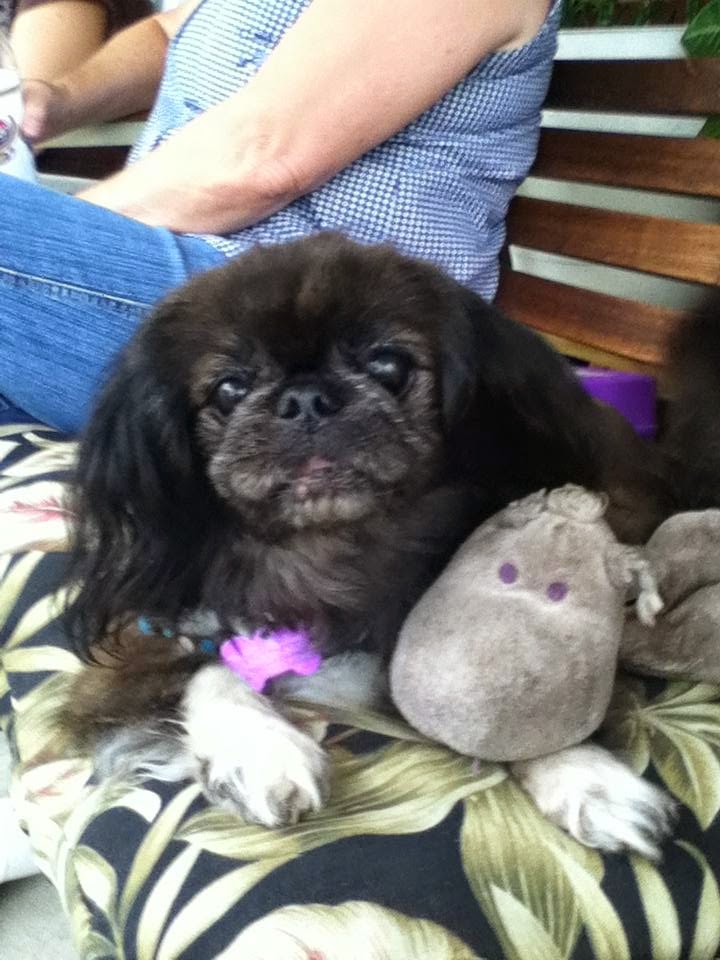 He lost  a tremendous amount of weight and began to look like a walking skeleton. I know most people thought we should "let him go", and I often wondered myself if I was being fair to Puji. 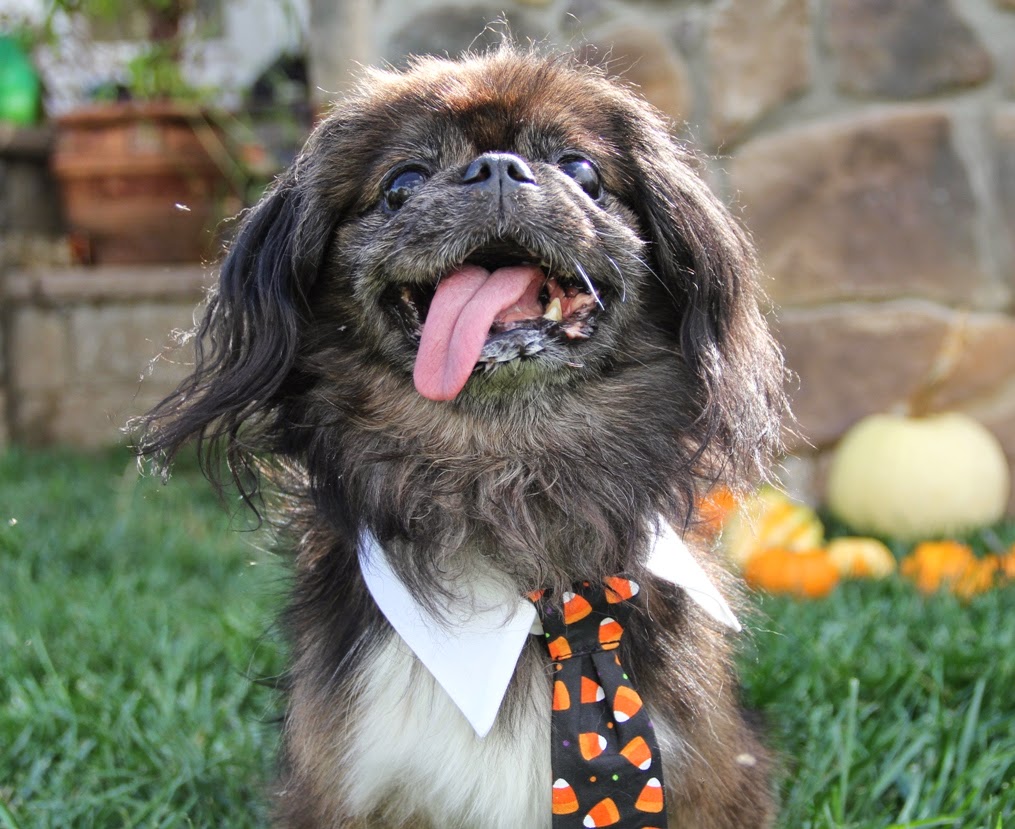 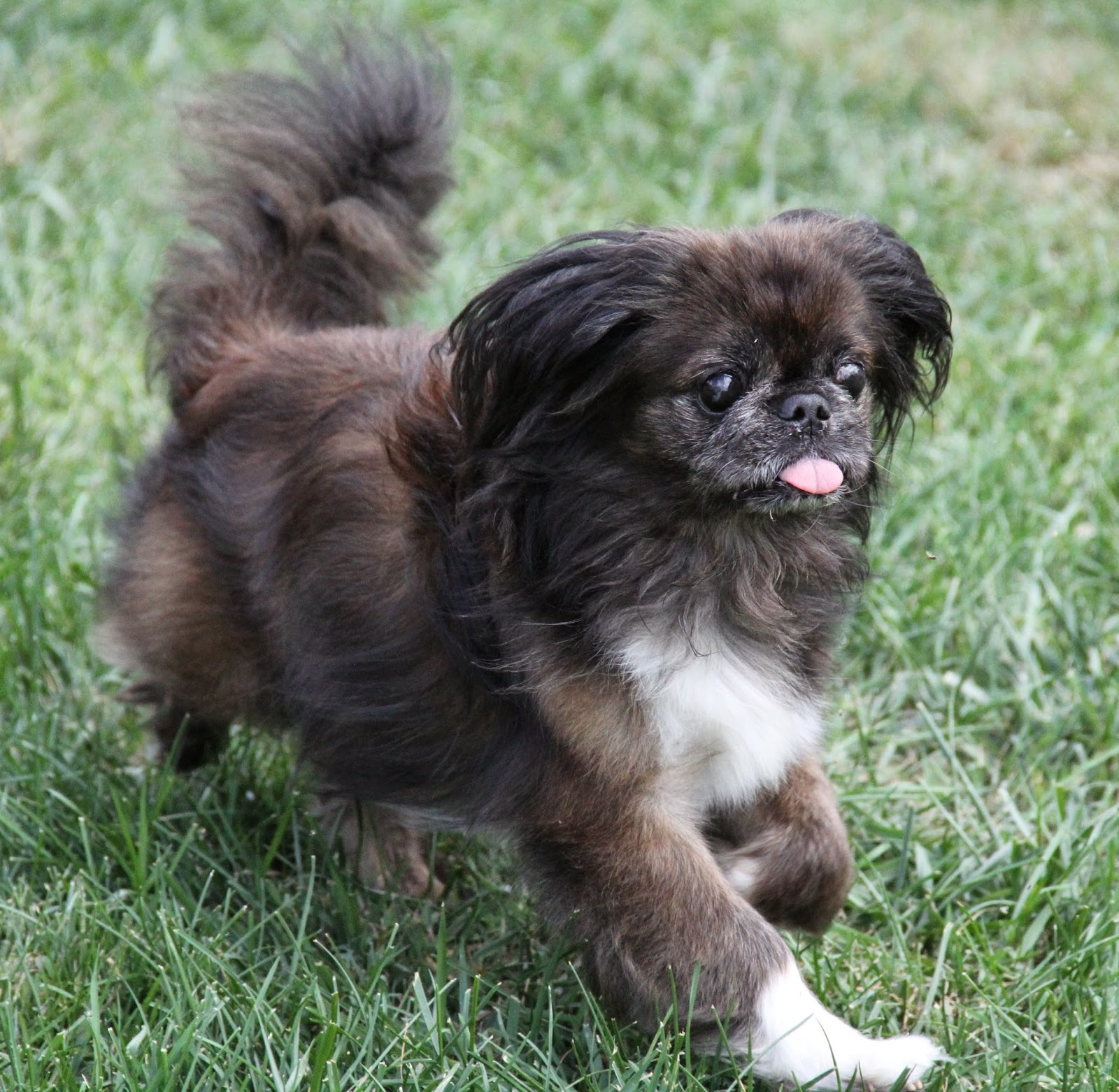 Gradually his appetite improved, but he remained a challenge to feed. We gave him anything and everything to keep him eating.  One day it might be Filet Mignon he wanted, the next day nothing would do  but Honey Nut Cheerios ! 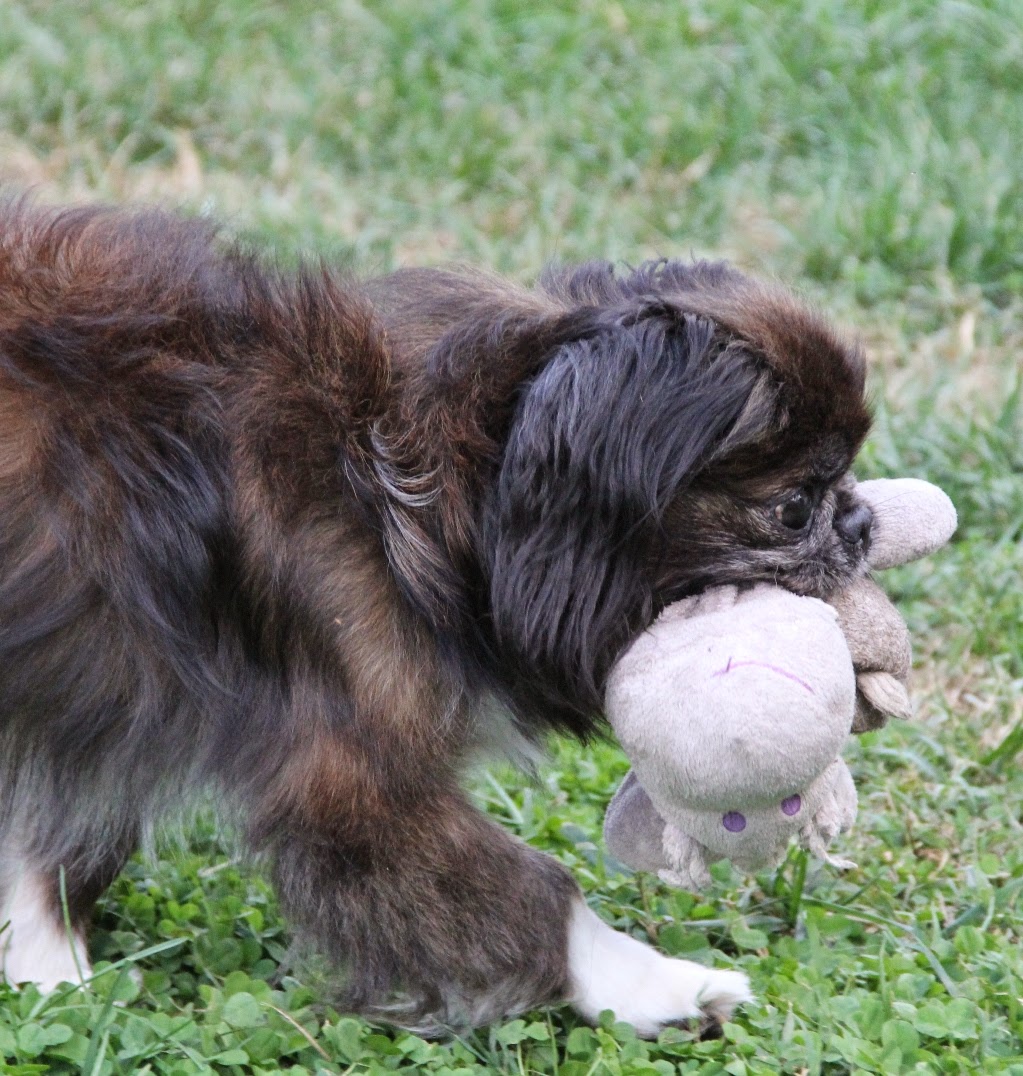 He gained his weight back and became such a little character. He had a ratty old toy we called Hippo that came with him from his previous life.  It was the only thing he had left from the first 8 years 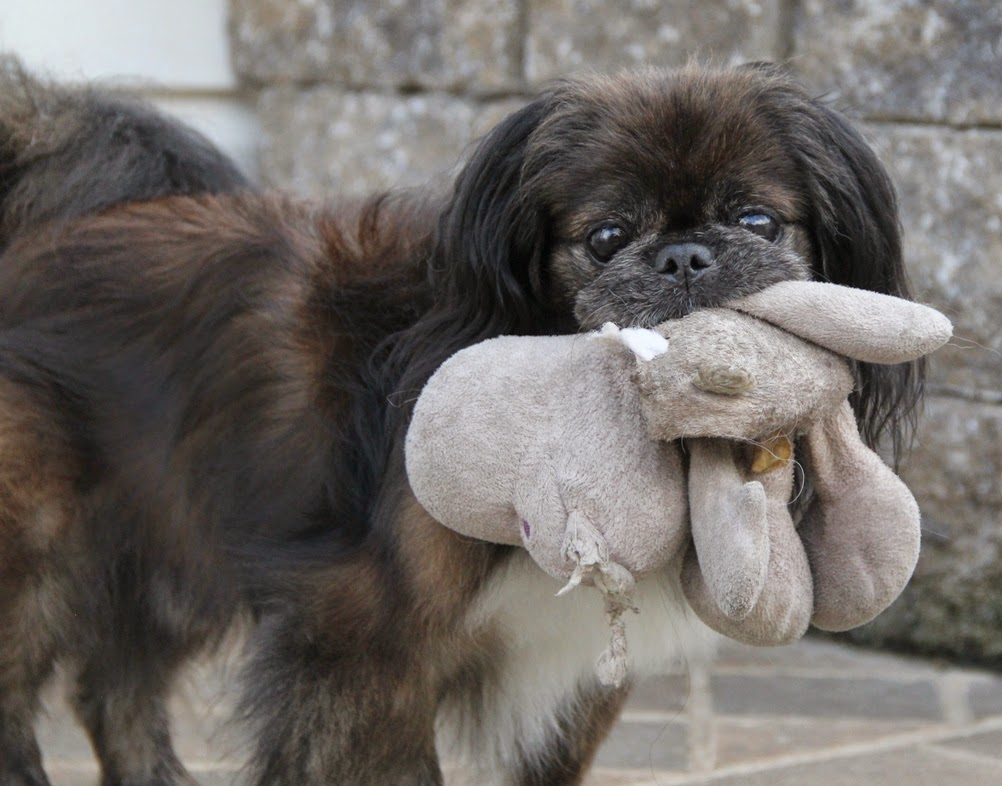 He loved that toy dearly and carried it with him everywhere. He would not even look at another toy. I remember one cold, dark night when Puji came back in the door without his Hippo and I thought "oh great I am going to have to get the flashlight and search the whole yard for that toy." All I had to do was say "Puji, where is your Hippo?" A look of utter panic came over his face and he immediately ran out into the yard and promptly returned with Hippo ! 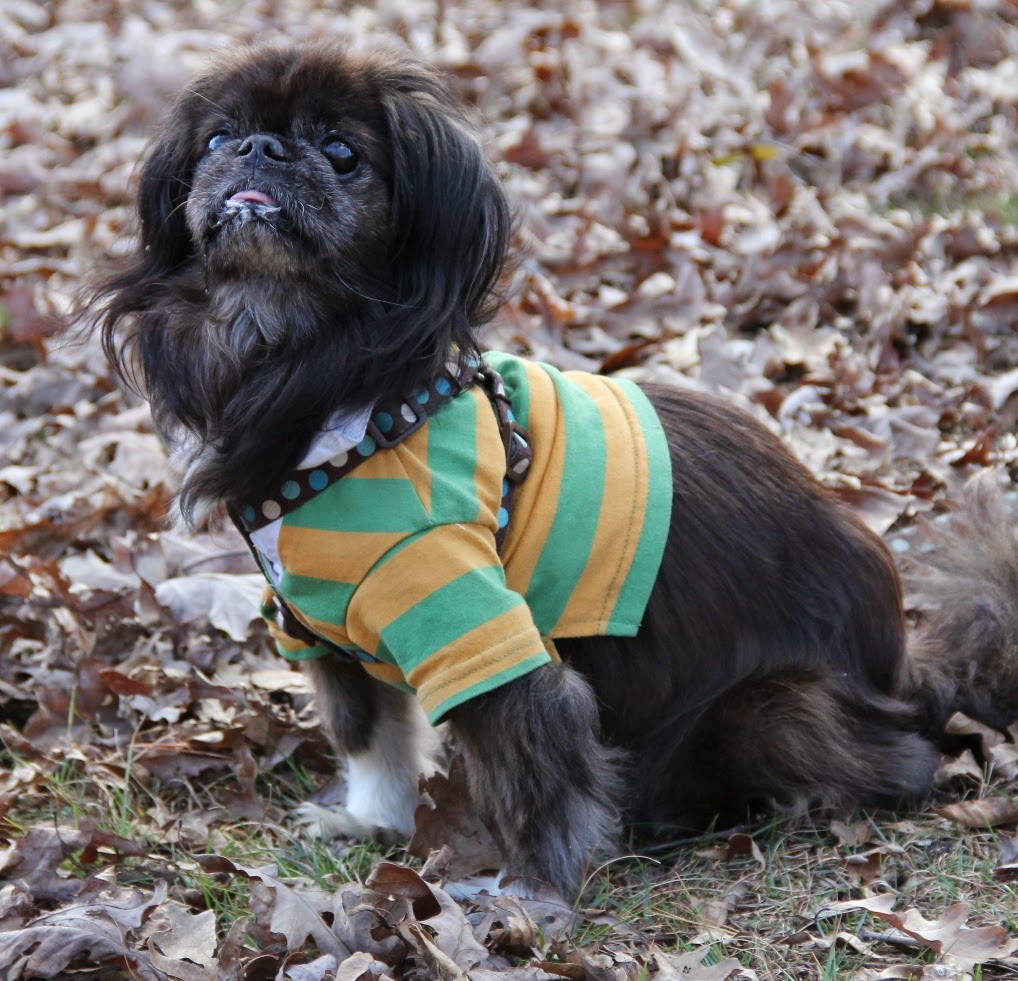 I lived in fear that Hippo would fall apart. Perhaps because of his poor eye sight (from years of untreated dry eye) or perhaps because he carried Hippo everywhere Puji had a very distinctive gait. He kept his head up in the air and picked his front feet up high - reminding me of a fancy show horse. 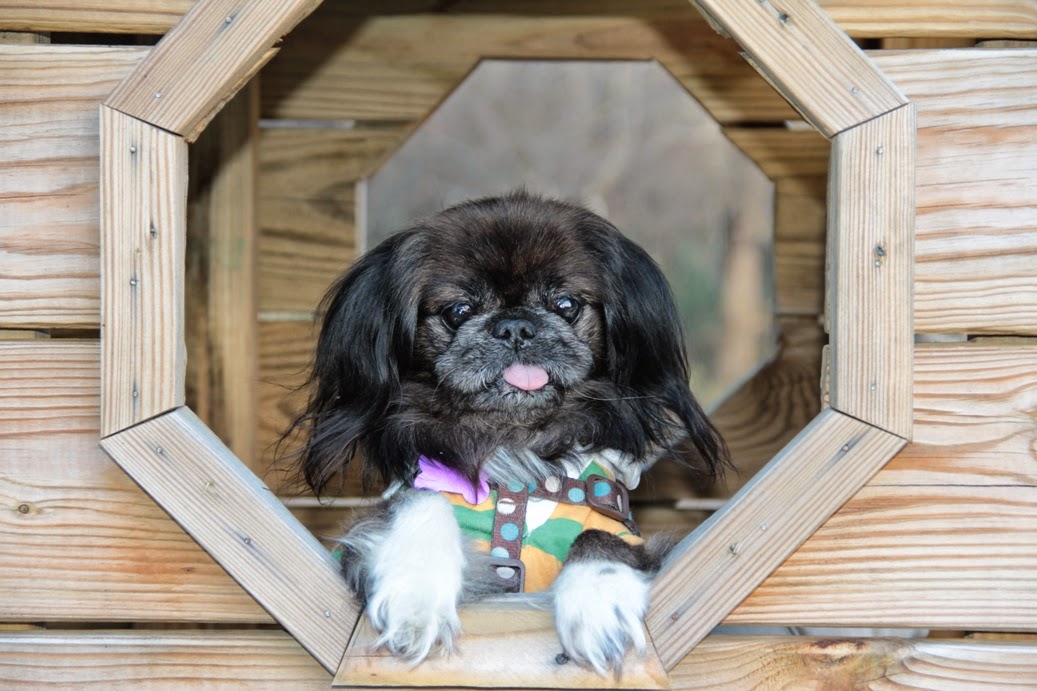 He was a fixture at our animal clinic when he came in with me every morning and "pranced" back to his cage with his Hippo in tow !   He was such a special soul and he brought joy to everyone around him. 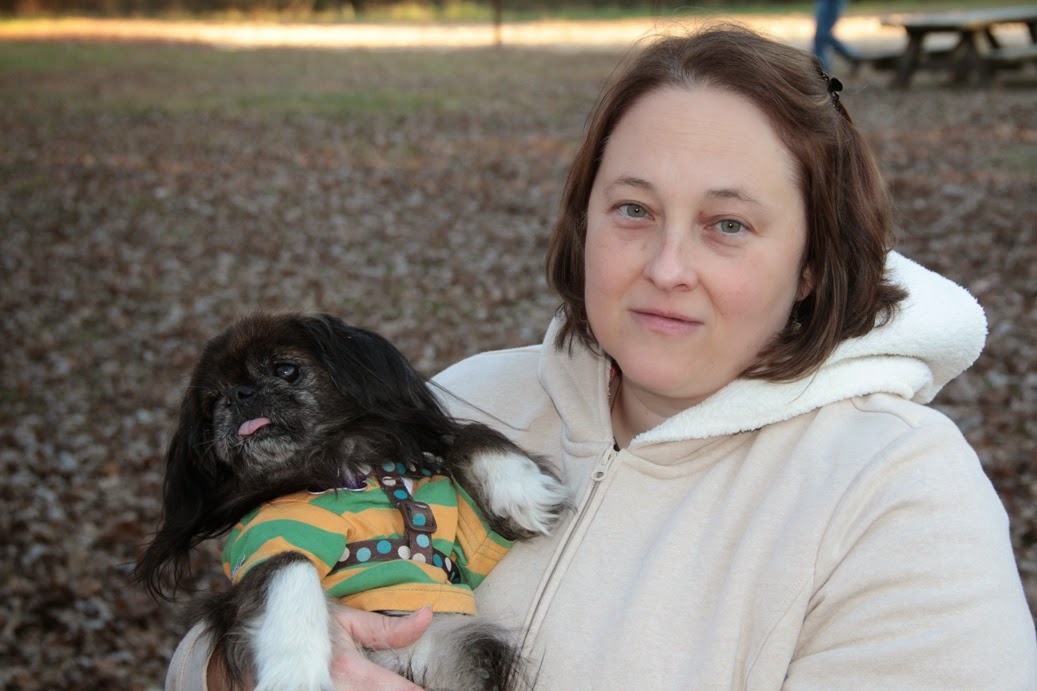 
with us, but that was not to be.   After 15 short months he began to build up fluid in his belly - a sign that his liver could no longer make enough  protein. 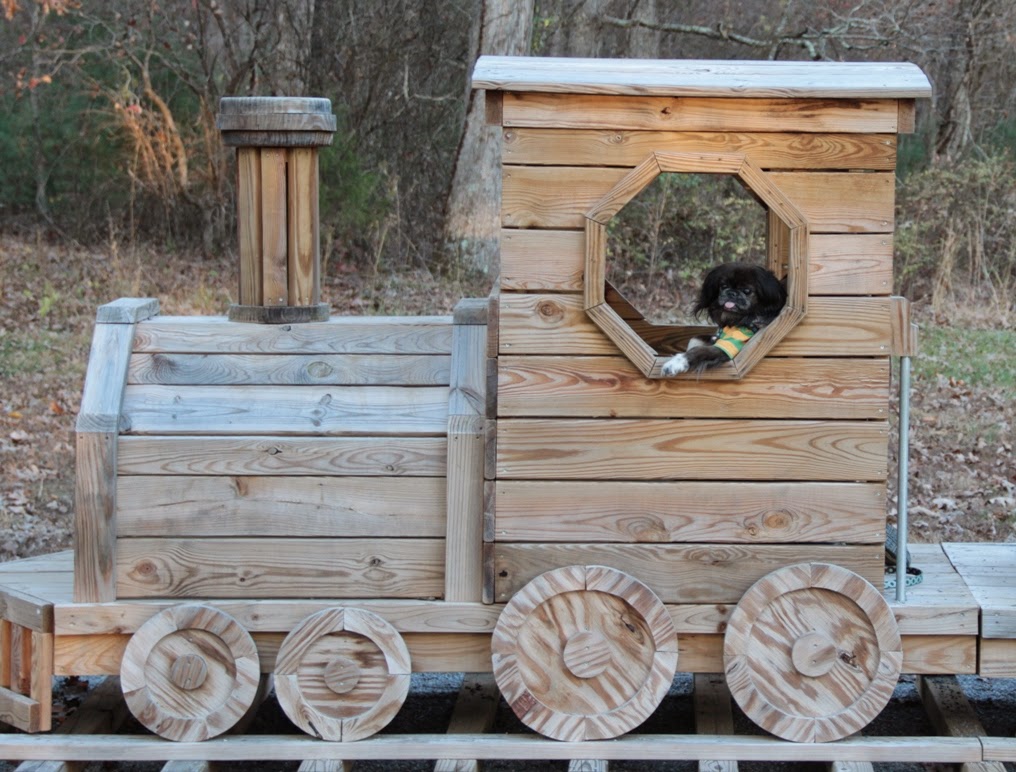 I expected a long slow decline with me eventually having to make an agonizing euthanasia decision when his quality of life declined. Puji, however, had a different plan. He suddenly crashed one morning and despite rushing him in  and starting emergency treatment he passed away surrounded


by myself, hospital staff and his beloved Hippo. 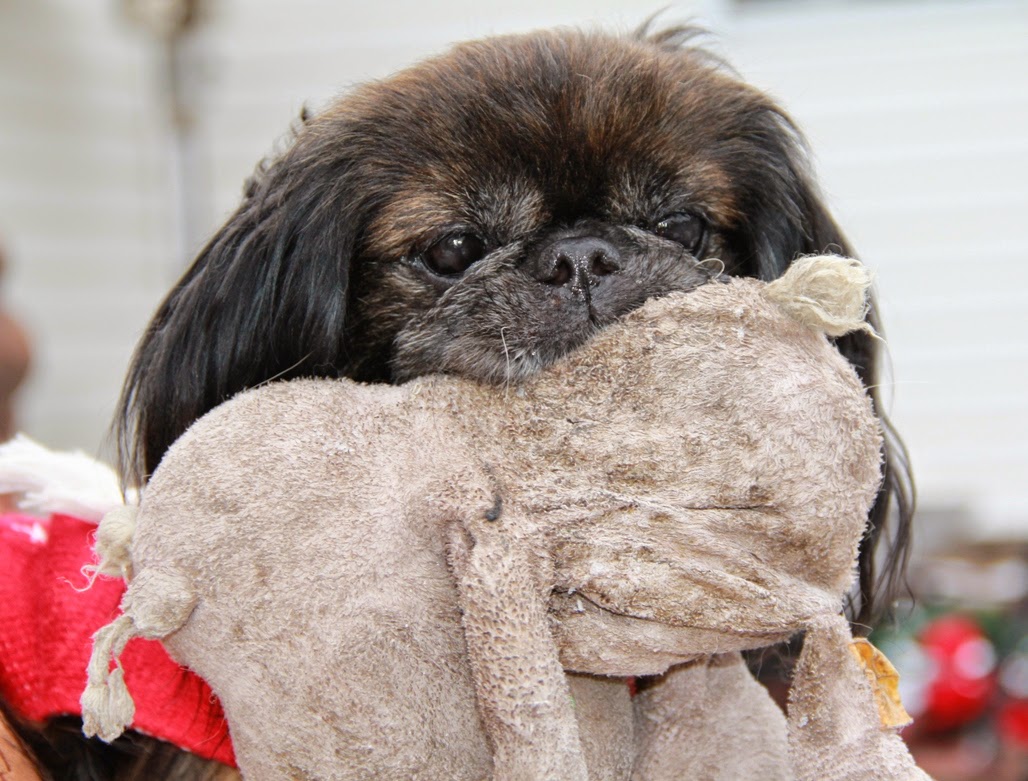 As I held him praying that he could hold on this time his eyes said "it's OK Mom, I am ready to go now,  I have taught you all I can about not giving up, about living your life to the fullest  and about love." 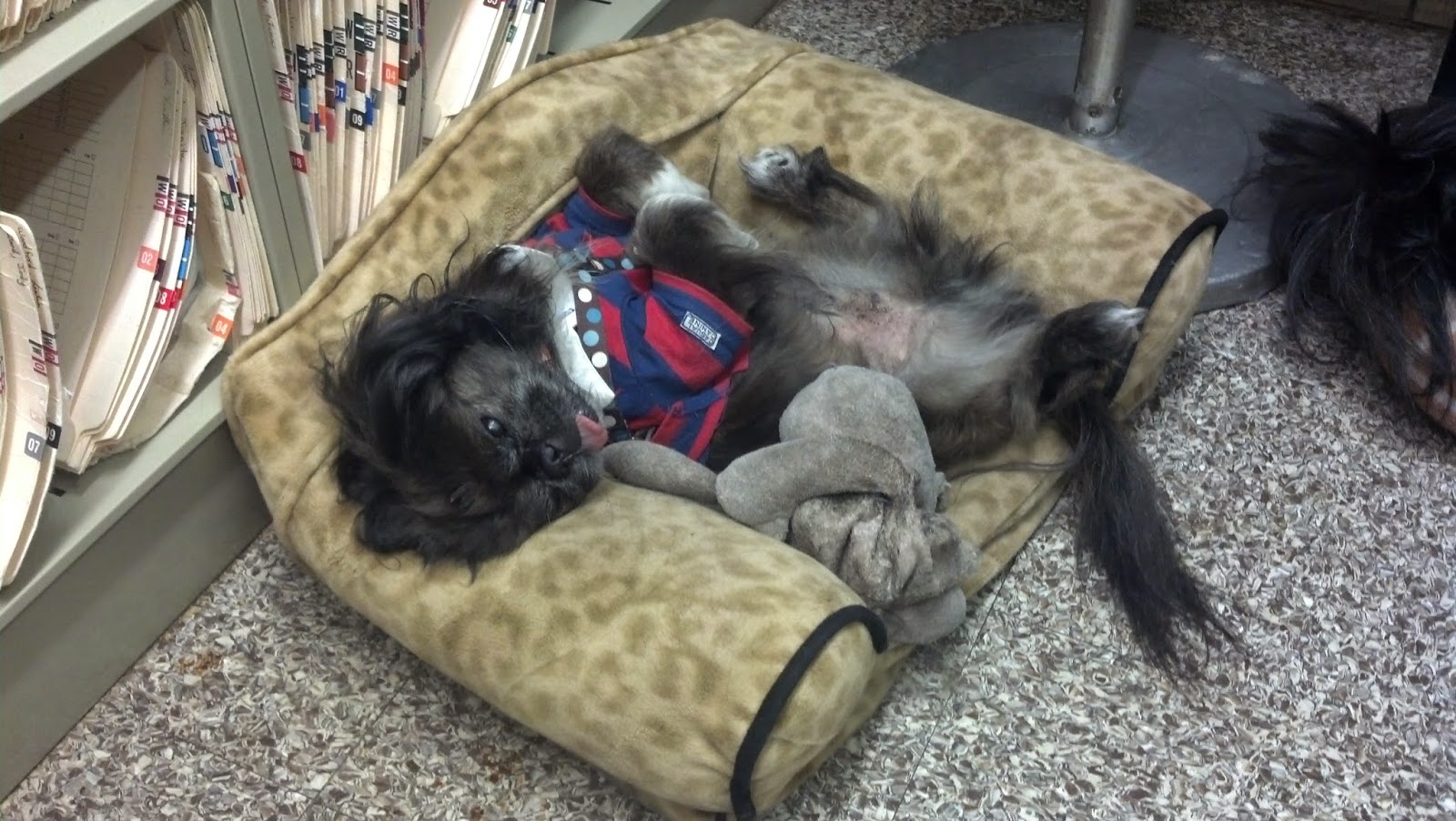 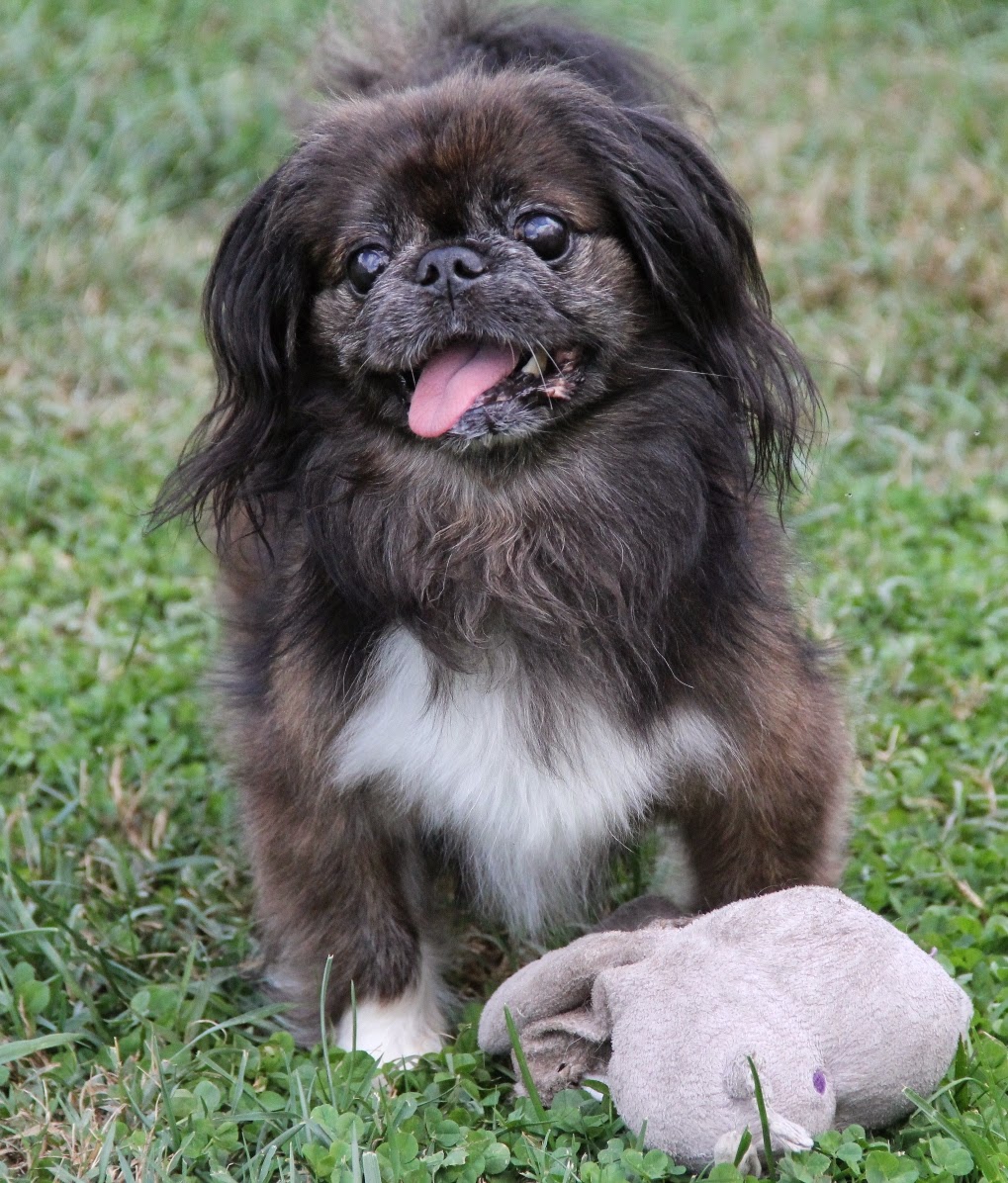 Lucinda, thank you for sharing this heart-story with us.    It has touched me every time I've read it and I know it is the same for those reading it now.    It shows how much you and Roger put your hearts into the dogs you are helping.   Thank you is not enough to say-- but it comes from my heart.   Puji is at peace now.
Posted by Linda at 1:00 AM

Although it was only 15months that is a long time for a dog I guess and Puji sure had a lot of love and fun in that time !

Oh my gosh, my eyes are wet, too! What a special little dog, wish I could have met him.... And of course what special people Lucinda & Roger are!!