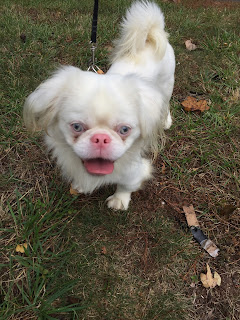 Chauncey came out of a Maryland shelter after he was a stray. 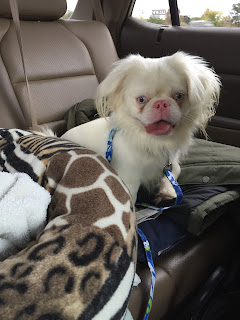 He is an albino Pekingese, pink nose, light eyes. 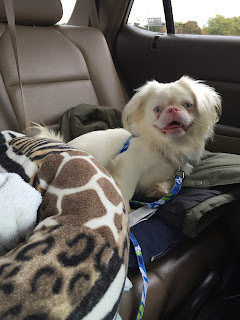 Robin picked him up and then met me to bring him back for fostering in my area. 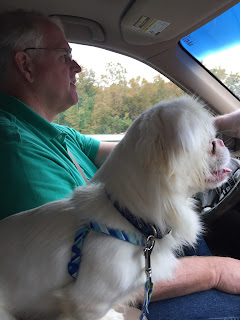 He loved the car ride, sitting in my lap and watching the cars.  He did open the windows once!  We put on the baby locks. 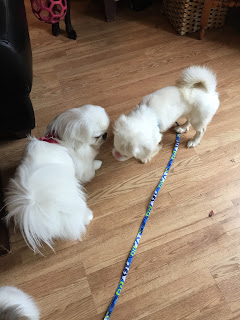 We stopped by my daughter's on the way an he met Granger and the rest. 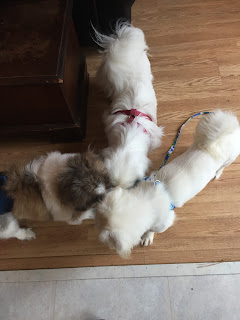 Our Chumley had been there for the week-end and so was Poof. 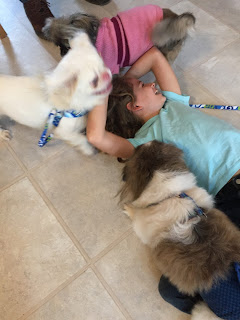 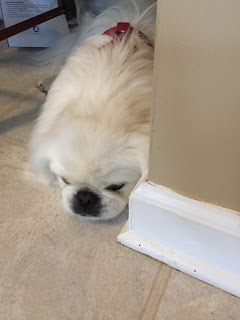 Granger pouted-- who is this new guy! 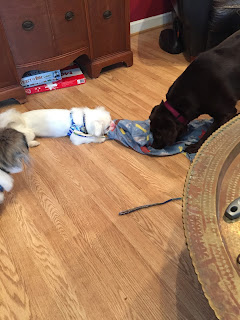 Chauncey played tug of war with Gigi.   Whose blanket is it? 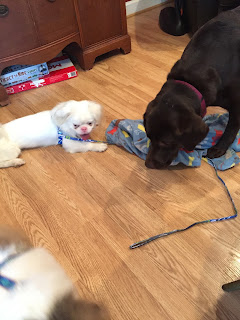 They had a great time. 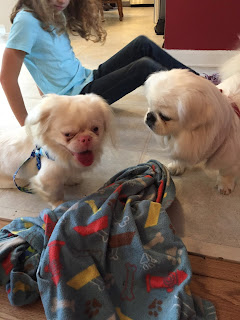 Chauncey was worn out.   We did find that he needs some social skills in playing.  He can be possessive, and needs to learn his boundaries.  He has begun a few fights, so needs an owner who can help him learn.  He is such a  puppy though-- two years old at the most.   He has lots of energy and motivation to learn new behavior. 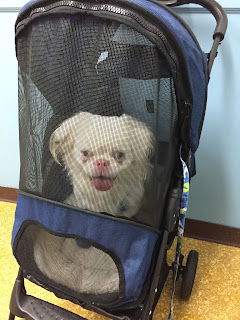 He went to the vet and was thoroughly checked out.   He weighs 14 pounds, but is slim and needs to gain some weight. 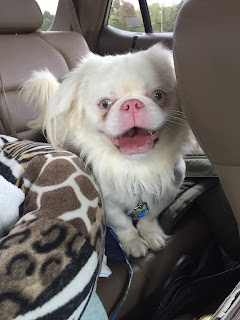 Oh what a sweetie and when the right person comes along they will get just the best Peke there isl!