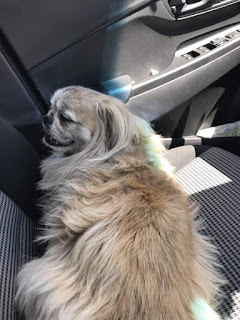 Shark was adopted from a shelter five and a half years ago.   His adopters knew he might be a handful because he had been through a lot. 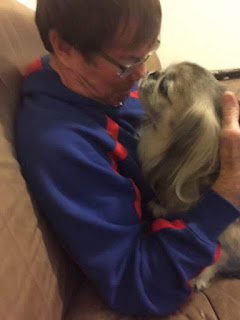 He had an upper respiratory infection, bad skin, and was afraid of being touched. 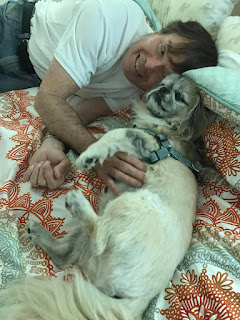 That changed and he became a serious Daddy's boy. 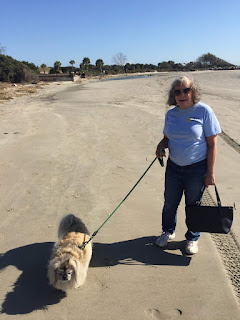 He likes his mom, too.  BUT, Daddy was his favorite person for walks and snuggles.   Pekingese often pick "their person" and Shark did just that. 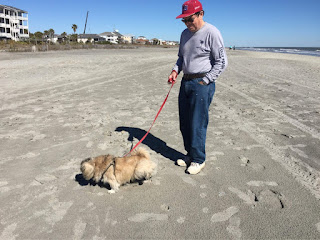 He lived in Pennsylvania, but they also went to South Carolina.   Walking on the beach was fun. 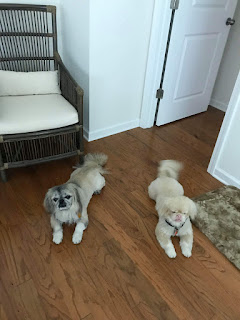 Shark helped get Gigi out of a shelter.  She was so afraid, but he walked up to her and let her know she would be fine, and she joined their family. 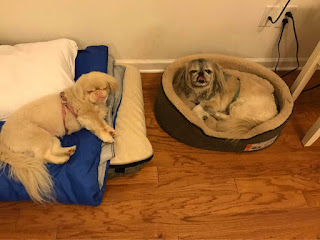 They became friends.  He took good care of her. 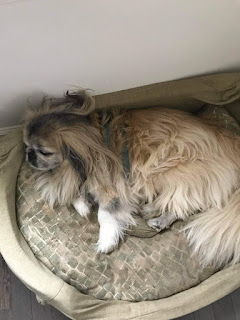 Shark had a variety of medical issues, but recently, he began dropping food out of his mouth.   The vet showed them that he had a mass forming in his mouth, and this was causing the problem. 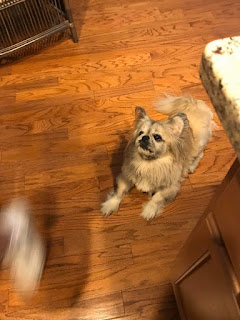 A biopsy was done, and they hoped that it would be good news.  It wasn't. 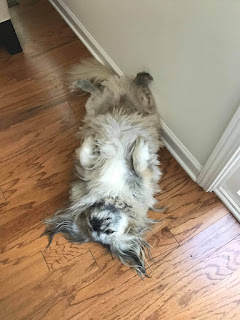 Shark kept on.   They often do this because they love their family and don't want to leave.  He had endearing qualities like sleeping with his feet up in the air.   He also would do a victory dance after a treat.   That must have been fun to watch.   He loved children and his neighborhood friends always came out to greet him.  He was NOT crazy about vets and groomers and he took time to trust them, but once he did, he was fine. 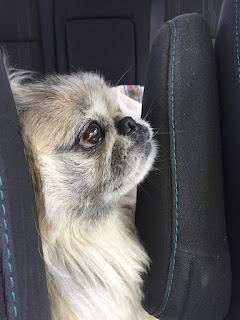 The mass in Shark's mouth turned out to be melanoma.  This progresses quickly and Shark passed away in his mom and dad's arms at the vet.   He will be greatly missed by them.  Run free now little man!

Such a sweet little Shark has blessed me today and I am so much better for this..Thank you Daddy and Mommy and Gigi too for being Shark's best family ever. Thinking of you all and knowing Shark is holding onto all his food and playing tug of war with some sweet doggies of mine that are on the other side of the Rainbow Bridge. Peace, comfort and love to you all.

Hugs to Shark's Mum and Dad.
Oh he will be so missed as he was such a character and those dogs sure make their mark in your heart.