WAITING FOR THE BUS 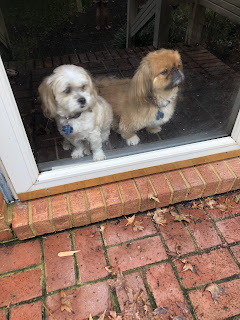 Piper and Paddington were waiting for the school bus.  Where was it??  It wasn’t coming. 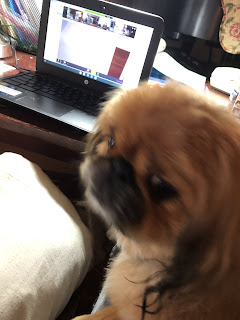 You mean school is at the house??  Paddington said he would help. 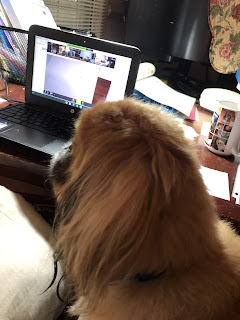 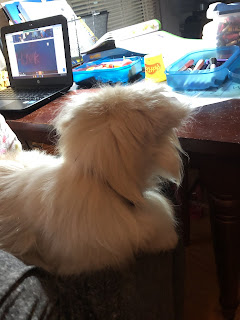 Zoey is smaller.  Maybe she could do it.  Nope. 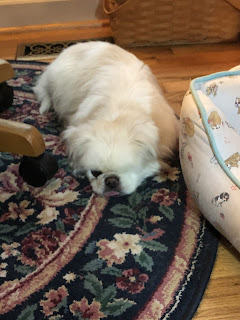 She gave up and decided to take a nap. 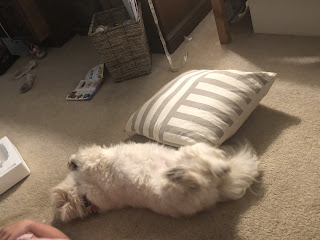 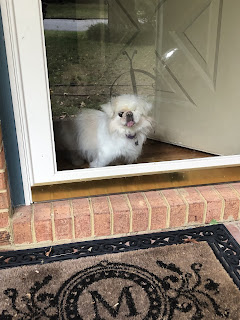 Zoey, the kids are still here. No bus will bring them home.  This year is so different.  I have grandkids and grand dogs in the schoolroom. Aka the playroom, former living room, Office.  We have a busy house. But, it’s full of love.  Doesn’t get better than that.

Home schooling is still going on here too.

Is Paddington up for
Adoption?

That photo is just priceless, waiting for the school bus in a pandemic is a rare experience ( I HOPE). The two sitting there a bit puzzled but happy the house is full of children learning, happy mealtimes with the family crowd and love throughout.