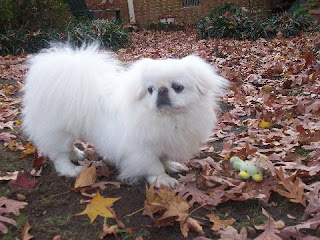 Mr.Winks and Lacy are here visiting while their parents are on vacation in Williamsburg.  (I'll have pictures of Lacy later-- she's resting in the hallway.)  That's only an hour away, so hopefully we will get up there for dinner one night.    Mr. Winks is the puppy that rescue took in who had severe allergies.  Just look at him now. 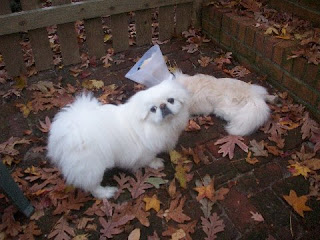 His mom and dad did all they could for him and now he's on a specific diet (salmon, broccolli, and pumpkin) and he is beautiful. 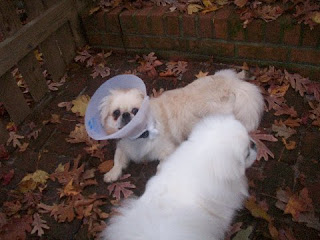 He is full of energy and loves to play.   Piper has been having a great time playing with him-- running around the yard! 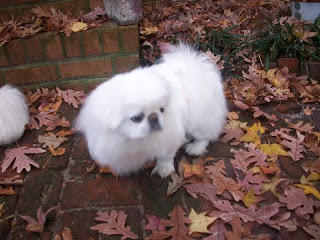 Mr. Winks, are you looking for something to get into? 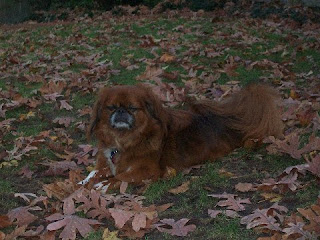 Kai Kai just doesn't get what it's all about, but he will play and run some, too. 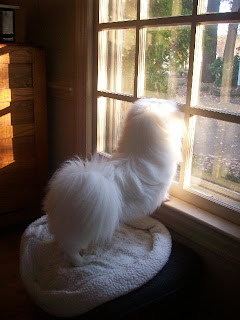 Mr. Winks and Piper got into the living room/playroom for Beach Bit.  Dogs "aren't allowed" in there, but they thought the rule shouldn't apply to them. 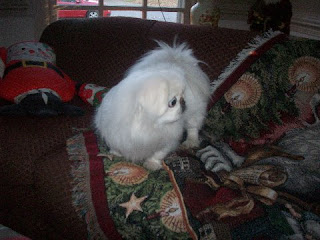 Mr. Winks popped up on the couch with Santa, and the Father Christmas afghan.   "Is that who that is?" he says. 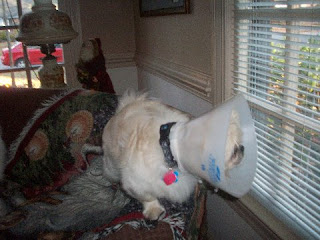 Piper was very interested in what was going on next door. 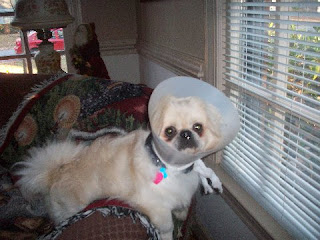 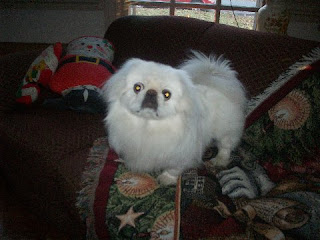 Oh Mr Winks - you are so pretty!
Moi Moi has allergies but she cannot eat Fish!!
Interesting !