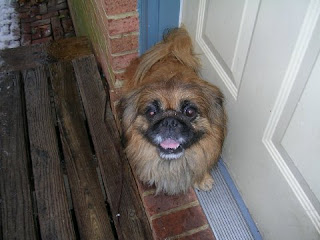 I took Shadow into rescue in the fall of 2004.   He was six years old then, and had been kept in a crate 15-20 hours a day.  It was so small, he couldn't even turn around.   He had sores all over him from rubbing again the sides of it-- how owners can think this is okay is just beyond me.  He had no water in there, and was in very serious condition. 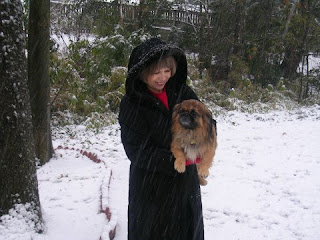 He was bleeding bladder stones-- I could actually see them.    Yet, in spite of it all, he was the sweetest boy.    His owner asked if she could see him one more time, and she came over.   He saw her and ran to jump on my lap-- he didn't want to be with  her.  In my house, he wasn't crated, was getting the medical care he so desperately needed (surgery the day after we got him for one thing). 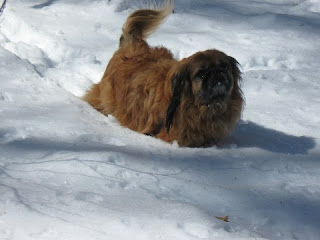 Shadow is an older boy now-- about 15.    He is slowing down, and it breaks my heart, but I know this happens.    Shadow was my miracle dog the year I got him, so he has a very special place in my heart.   His mom and I have stayed in touch since she adopted him. 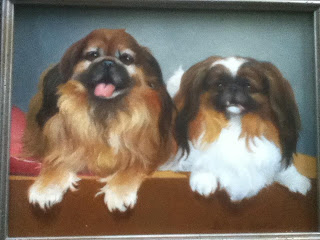 They took in one of the Bristol 18 (Chubs) and he became Pablo and Shadow's side kick.     Here's a painting that was done of the two of them.    They gave me a miniature of this and it's very special to me. 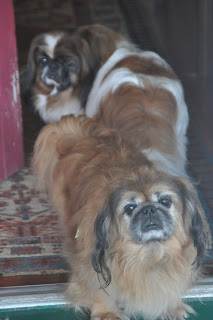 They were often together at the house and at their lake house where Shadow became adept at riding on the kayak.    He didn't want any part of it at first, but when he realized how much fun everyone was having when  he was left behind, he decided to give it a try.   He became a kayak dog! 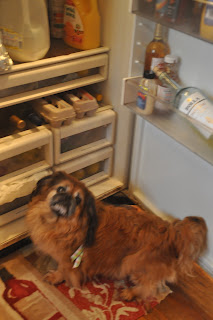 He loves to check out the refrigerator.  "Can you give me a treat?" 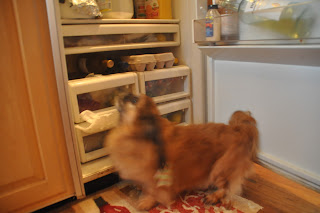 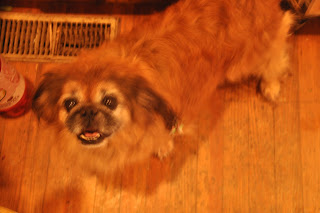 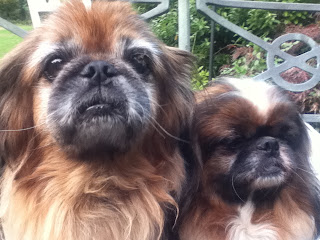 When Pablo came, he also became Shadow's "shadow" and his protector.    He must know Shadow is getting older and so he stays close by. 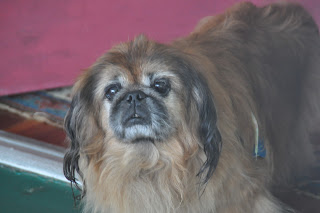 Shadow, you are so special to me-- and I know to your whole family! 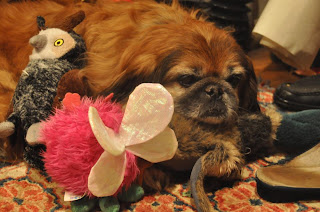 Here's what his mom said about Shadow:  "Every day with Shadow has been a blessing and delight. He has a generous soul and just understands his owners. We are so incredibly lucky to have had him part of our world. I would love to have him for another century and travel the stars with him. Thank you for the love and care you gave him. You gave him reason to hope and he will reward you forever." 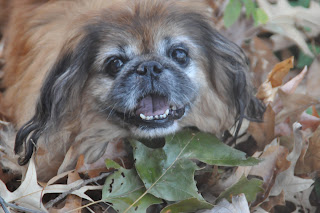 The Girls in Australia - Moi Moi and Coco send kisses to Shadow!!XXX