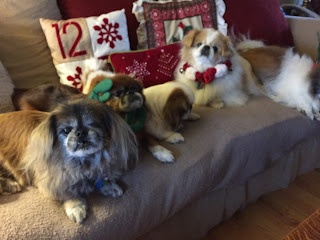 I don't know how people get their dogs all lined up on the couch for a picture.    I decided to try though.  One dog at a time. 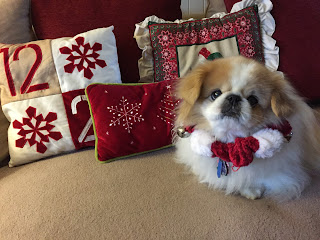 I began with Starlight, and then added one more, until all were there. 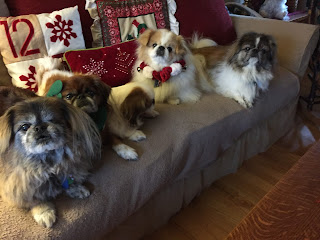 Chumley was curious as to why I was doing this.   Floyd was just there.  He can't hear, so he could not hear my directions.   (Not that any Pekes were following my directions!) 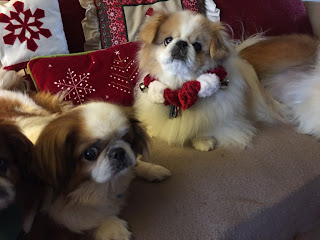 Starlight was posing though.  Hello, Floyd! 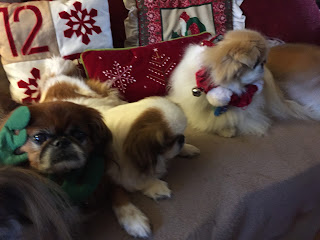 I kept taking pictures, trying to catch a good shot. 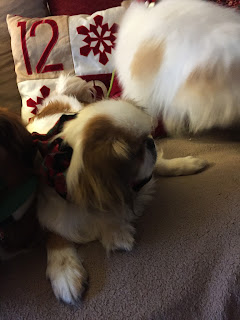 You know-- the ones where everyone is looking at the camera. 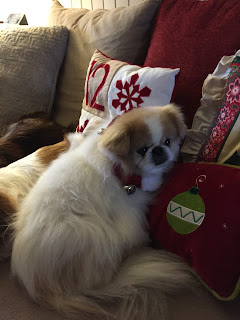 Starlight kept close to the pillows. 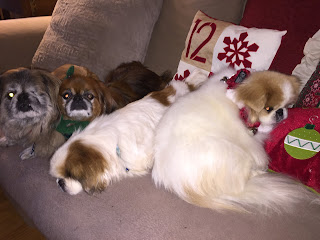 She kept sinking in.   Floyd just rested, and Max and Kai Kai were watching me move around. 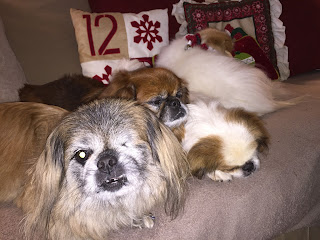 Max is getting so gray-- And Floyd still sleeps haha. 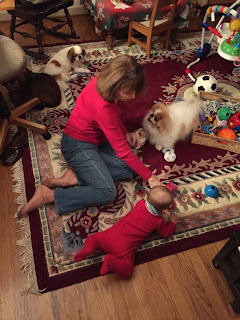 After we were done, we all went into the living room-- playroom, office.   Toys, Pekes, Bits and me. 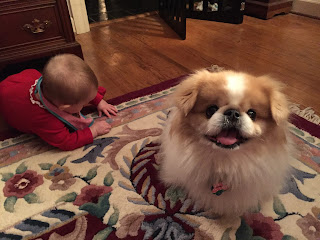 Starlight was playing tug of war with Sugar Bit. 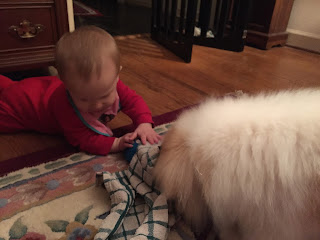 Starlight is so good with her. 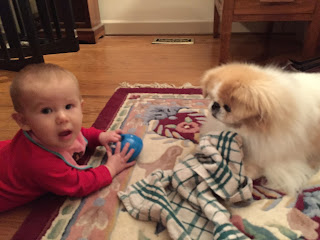 "Come on, pull the towel!"   Starlight is amazing-- I was watching carefully, though. 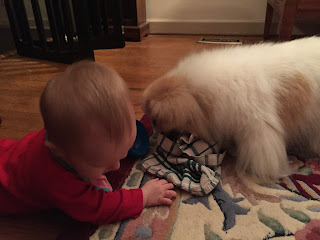 These pictures are so much easier than the group shots!    I don't know how people do them!
Posted by Linda at 1:00 AM

I do not know how people get a flock of Peke's on a couch and they are all looking at the camera together ...... I think its Drugs! LOL

I know the problem. Rarely can we get the Furs lined up in one shot. We get a couple of accidental togetherness shots but putting one up on the sofa then chasing down the other two before Number One jumps off the sofa is frustrating. The best we can do is Dave n his easy chair and all three Furs climb in with him.

The photo of SugarBit trying to play tug of war is so cute. But nothing makes my morning like opening Facebook and seeing a "Camp Runamuck" adventure.

Thanks for making our mornings pleasant Linda Maxwell.

I always love seeing Camp Runamuck adventures, too, and definitely enjoyed this Christmas edition! Taking photos of more than one dog usually involves two people and sometimes three. One with the camera, one to make sure everyone stays put, and one to make attention-getting noises & movements. You did get one rather nice one, with everyone but Floyd looking at you; I'd call it a win! lol

Food. Specifically, cheese. 😁 All you have to do is say "cheese"! Lol!