SANTA AND THE PEKES 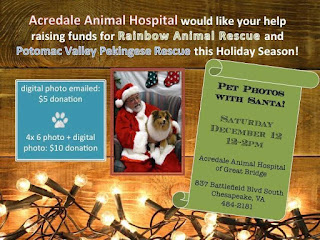 My vet sponsored a Pet Photos with Santa on Saturday.   The vet has a new small satellite office and we did it there.    I want to thank Dr. Meador, Dr. Alex DeLorenzo, and Bettina Strobach for giving of their time to do this.   We had so much fun!! 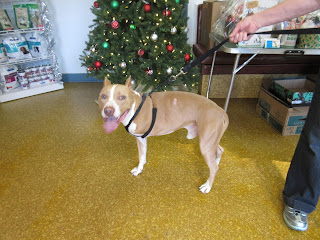 I walked in and there was a beautiful Pit-- he was rescued from an abuse case and he lost his front leg, but what a sweetheart he is.  His name is Brad Pitt.   I love it! 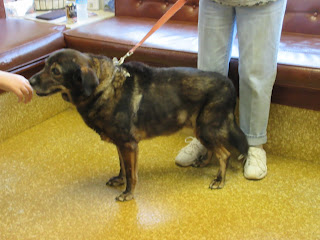 This 15 year old beauty came next.   She was so sweet! 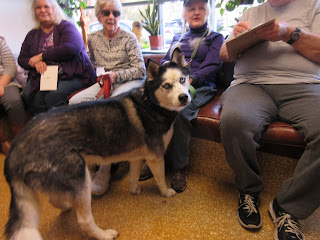 Then, in walked Tasha-- a beautiful Huskey with freckles on her nose. 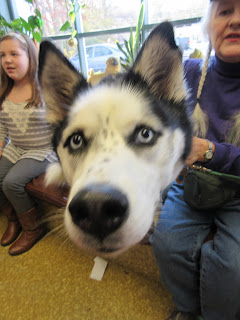 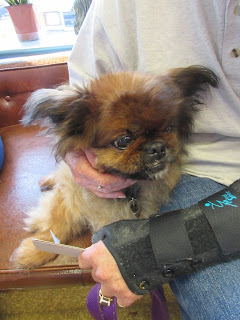 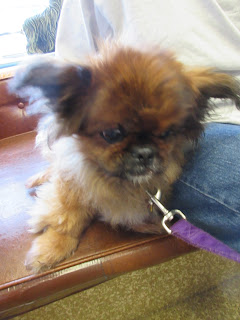 I love his ears-- he is such a sweet boy!  Sherry now fosters for us and she loves the seniors who need our help.  I'm so grateful to her for all she does. 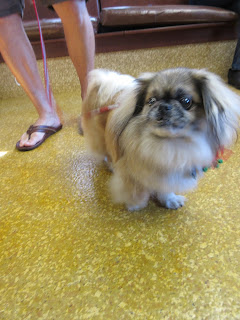 Beth and Dave brought 2 of their Pekes.   They have adopted and fostered for us.   Ted and Cosme had just been groomed and were beautiful. 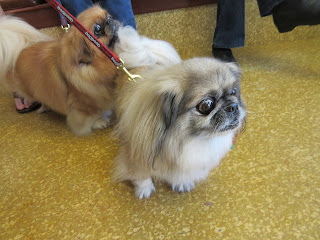 Ted was a little anxious about being there. 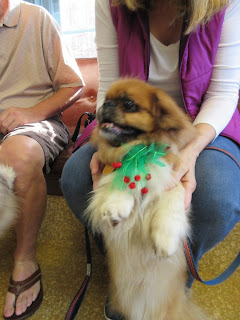 But, Cosme was all about greeting people. 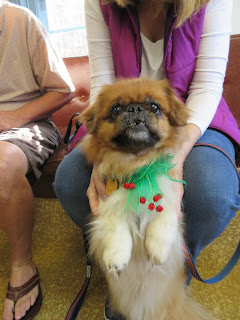 Look at that face!   Adorable!! 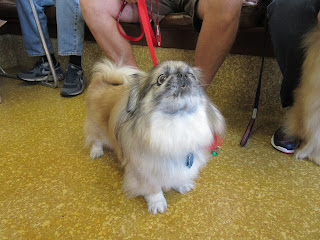 Ted was nervous- why am I here? 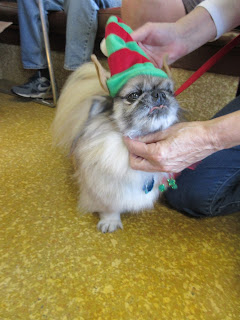 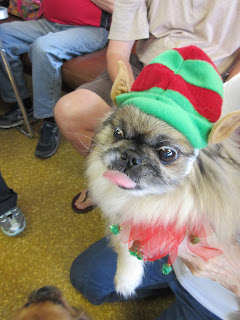 Yes, I think this indicates his opinion of all of it. 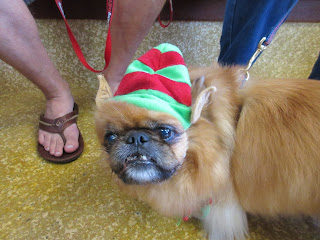 Cosme was just fine with it being on his head. 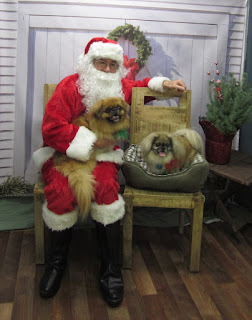 Santa was so good with Cosme and Ted.   Ted had his own special seat and Cosme sat on Santa's lap.   Ted was fine with that!   Story continued tomorrow!
Posted by Linda at 1:00 AM

Oh I am loving the Vet Santa Saga !!!