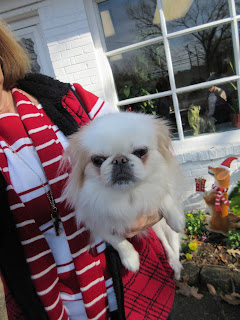 My vet's photo shoot was fun!  I saw quite a few of our adopted dogs there, and I really appreciate all the support they gave by coming!   Madeline was there and of course, I had to scoop her up. 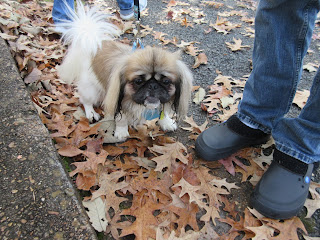 Mickey was timid-- he is not sure why he is there. 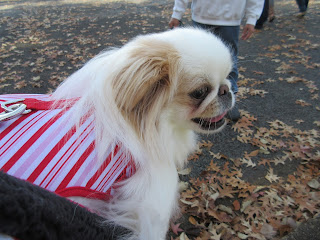 Madeline let everyone pet her and was a sweetheart. 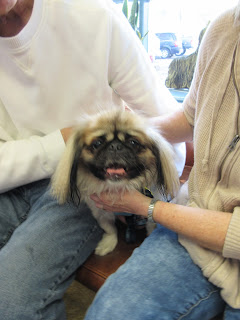 It's okay, Mickey.  You will be fine. 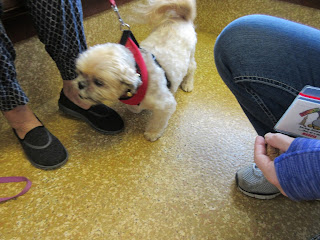 Paddy came.   He was one of the Peke impostors we had in rescue. :-)  You know, the ones we are told are Pekes and we agree to help, sight unseen because we are just not close enough to evaluate them.  (And sometimes, pictures can be deceiving.) 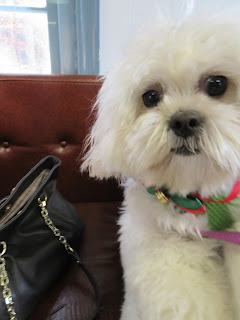 Paddy has a little sister now-- she was born in a shelter when her pregnant mama was turned in.   She is now ten months old and adorable.  Her name is Lexie.  (I love that name, as all of you know.) 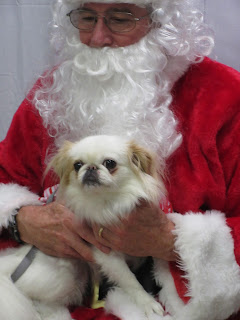 It was Madeline's turn with Santa.  She was so good! 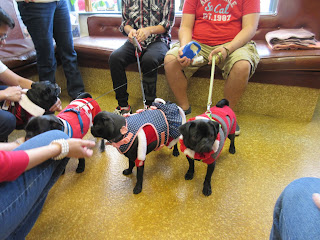 There were four adorable Pugs there.  They were all dressed up! 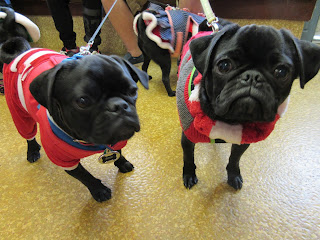 I was able to pet them all-- they were so friendly. 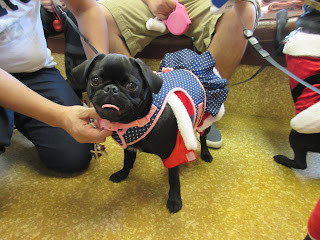 The outfits were amazing-- 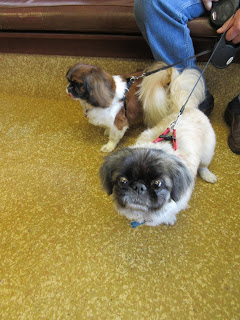 Clarence was there, too!!   His brother, Princeton came also.  Clarence came into rescue in December of 2008.   We named him Clarence after the Christmas angel in "It's a Wonderful Life."  His mom kept the name. 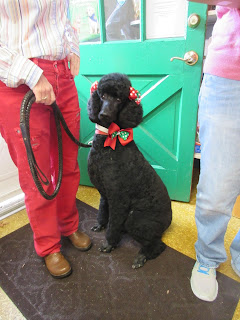 This beautiful poodle was so good-- she was a little shy, but did great with her picture with Santa. 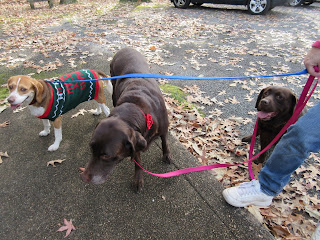 Then, in came three more. 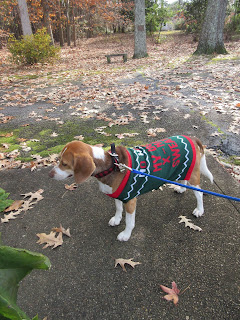 So many dogs, such good behavior!    We had a few minor tiffs, but nothing to worry about. 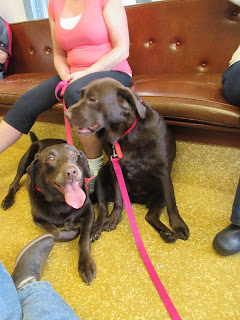 Two Chocolate Labs, one was English, came.   My son in law would have loved them. 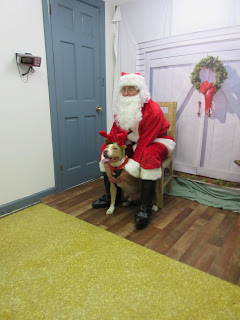 And Brad Pit finally had his turn with Santa.    His mom was one of the helpers and he was amazing with everyone. 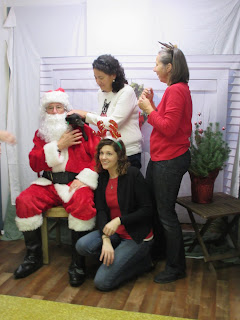 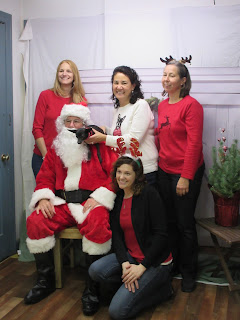 We have a large vet clinic and they are all amazing. 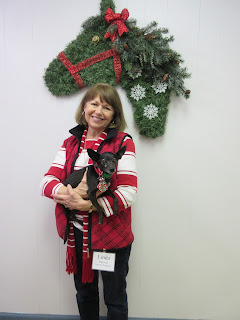 And at the end, after 2-3 hours of fun, it was time to leave.  But, Bettina made me hold Barack, her dog.   Barack was born with many health issues and has a bit of an attitude.  But, he let me hold him. WOW. 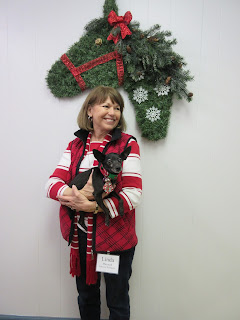 Thank you all for supporting this wonderful cause to help our rescue and Rainbow Rescue.   (More pictures tomorrow!)
Posted by Linda at 1:00 AM

Santa is doing a great job there !

Lovely photos of you too Linda !!!