I'M DREAMING OF A WHITE CHRISTMAS..... 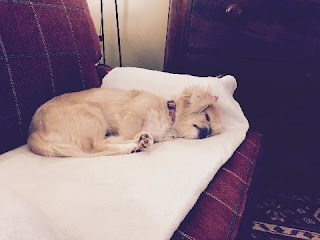 Some dogs are already dreaming of a white Christmas.  Sophie hopes for one-- but in middle Virginia, it probably won't happen. 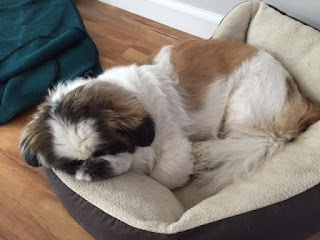 Coltrane is dreaming of one, too.   He just might get it. 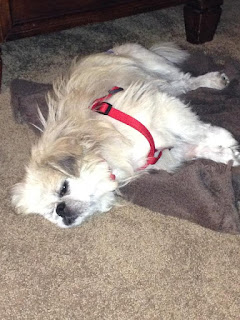 Peanut lives right where the "line" is-- above that line, there is a chance of snow, below that line and down to where I live, there probably will not be any snow before January. 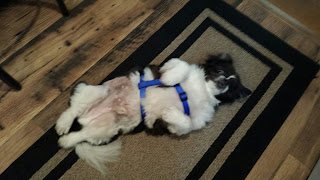 Rudy is lounging.   I don't think we have much chance of snow in our area.   But, he sure are cute! 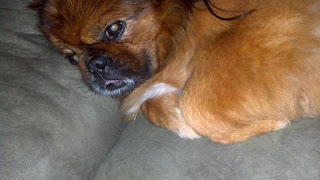 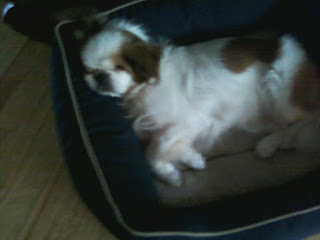 Floyd came from the western part of Virginia, so I think he has seen a lot of snow.   He's probably okay without it.    He has to wear coats outside now to keep him warm. 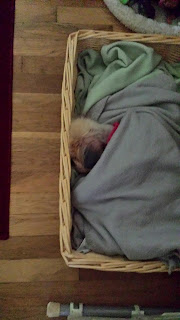 I think Joyful would love to not have any.  She is so short, she would not be able to move around if it snowed.  (I'll be getting an update on her later today.) 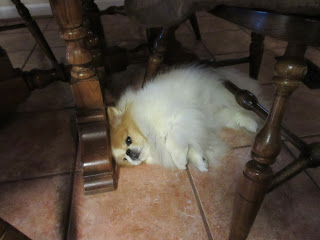 Starlight is fine with snow-- she's fine without snow.  Either way, this little princess expects to be carried inside.   The weather doesn't change her royal status. 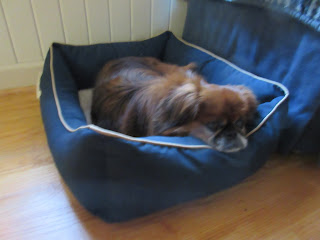 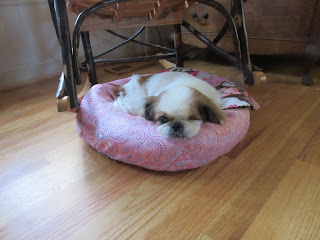 Another picture of Floyd-- he's adorable.   He has come so far in the month plus that I have had him.  Now that all the infection is out of his mouth and body, he feels so good! 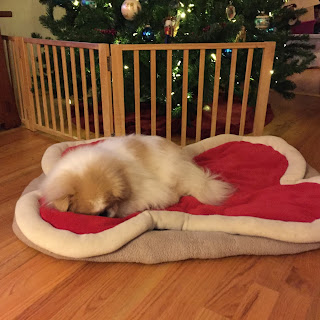 Starlight got out of her hidey place under the table to climb onto the soft Christmas bed.   There's room for another dog, but I don't know if any will take the chance! 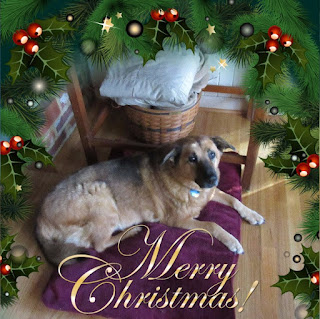 My granddog Pi, loves the snow.   The cold weather seems to invigorate her.   She is 13-14 now, and still doing great.  We hope she is around a long time.    I bet she's dreaming of a white Christmas, too!
Posted by Linda at 1:00 AM

Well Coco is dreaming of a cool Christmas.
On the 19th she gets her summer cut!
Very hot today and it just might thunder tonight - I do hope it rains as the ground is rock solid!

That is not Macaroon:( But I love those floors. If you find out who it is ask them the name of those floors and where they got them. I have to put new floors down and I am currently in search mode!