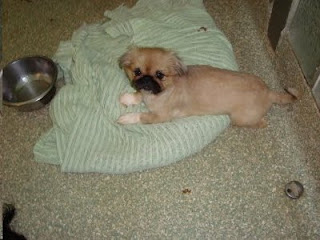 Lola came to our rescue in March 2010 with a group from Arkansas-- a puppy mill bust.  We gave them names to give them a positive outlook-- like Hope and Joy and Noble.   Hope became Lola and was cherished in her home with Jeff.   I think this was when I met Jeff (via emails and on line) and saw what an incredible owner he was. 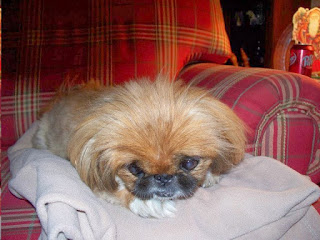 He has adopted quite a few.  Ginger was one of them-- she died last year. 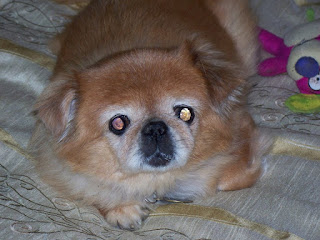 Scarlett was another one of his beloved girls.  She was Jeff's first rescue girl and she passed away in 2013. 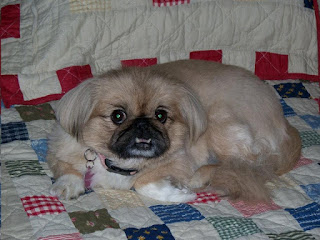 When Jeff adopted Lola, he said he didn't know who rescued who-- Lola has so much hope for the future in her eyes when she met Jeff.  And what a future she had in store for her. 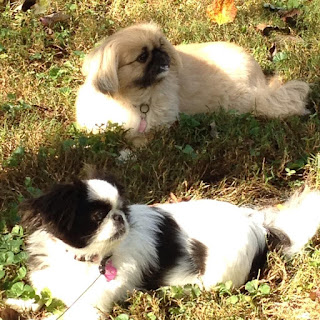 Lola was best friends with Mimi, 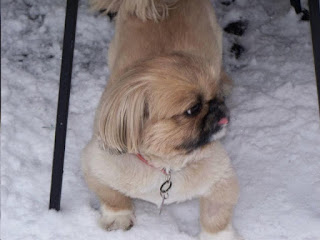 Lola passed away this morning in her daddy's arms.  She had a lot of heart issues and it just became too much for her.  She had a life of being loved and cherished for over six years.  Now, she can run free with Ginger and Scarlett and the others who have gone before her.   My deepest sympathy to Jeff and Jimmy on the loss of your girl.  She was so loved!
Posted by Linda at 1:37 PM

Beautiful story. We're so sorry for your loss Jeff, she was beautiful. Prayers to you and your family. ��������❤️

Prayers for her daddy and run free baby girl 😓

So sorry for your loss!!

You are in my prayers Jeff .... what a pretty Peke Miss Lola was and what a wonderful life you provided for her.