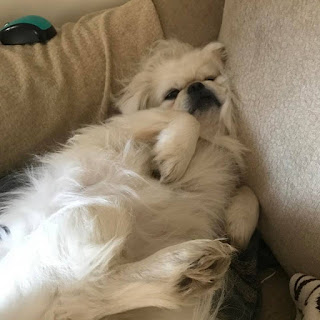 Granger loved living at the Farm.  He is my granddog, adopted from our rescue. 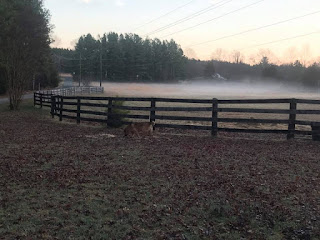 He loved the fields and horses-- he had a big fenced area, too, but he would have loved to run in this area!  (He is fast, too.) 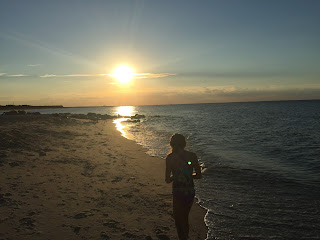 While the move was going on, he stayed with me-- along with his doggy siblings and human siblings.  The human ones got to go to the beach. 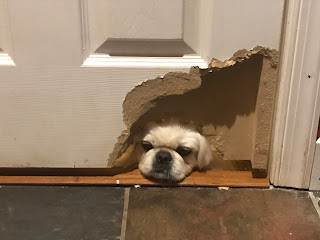 The move was stressful on Granger-- even before the moving van arrived, he was stressed and ate through a door. :-(  Good thing he dad could replace it! 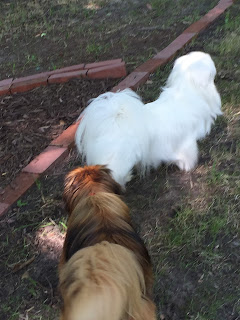 Once here, he did fine.   He had friends, squirrels to chase and a creek to observe and guard. 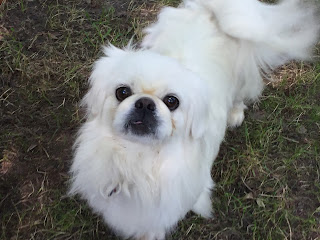 He looks so sweet, but he can be a "bad dog"-- eating doors, trying to escape, getting into things.  He is a real love bug though. 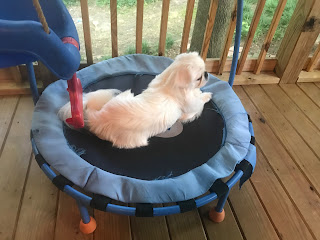 He hung out of the trampoline. 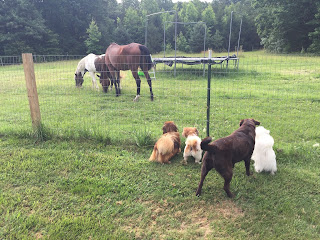 It's not like the big one they used to have-- well used! 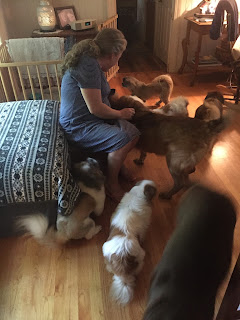 We had a houseful of dogs for awhile! 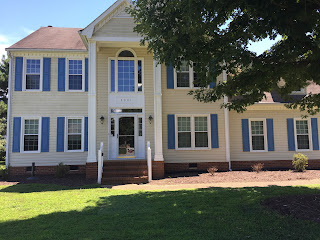 And then, we were off to his new home. 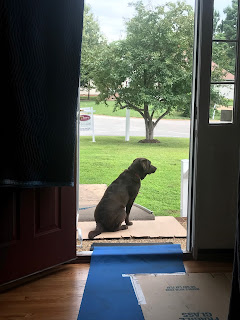 Gigi supervised while the movers were bringing things in.  The men who helped were fabulous!   Gigi is very obedient, unlike Granger haha. 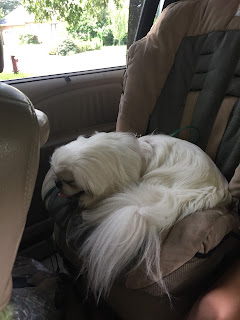 Granger rode well on the trip to his new home.   He knew things were "off" but is settling in. 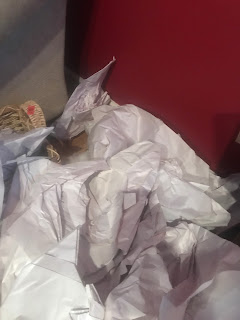 He was not too sure about all the wrapping paper.  He's in there-- can you see him?? 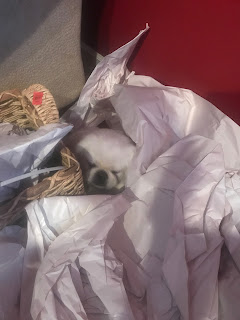 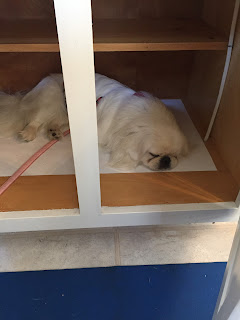 He climbed into an open cabinet.  When dogs are stressed, they tend to like small places. 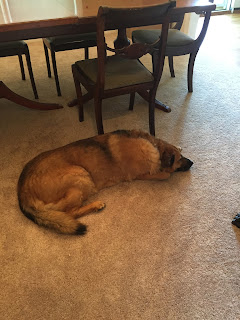 Pi was not stressed.  She just hung out. 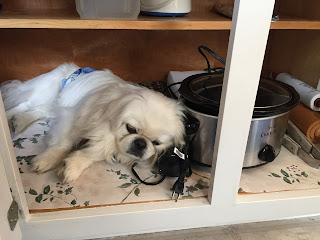 They are all setting in-- and I am thrilled that they are less than an hour away now!   I can see them often and I am so excited about that.  I think they had better keep the cabinets closed though or Granger will be moving things over to get inside!
Posted by Linda at 12:30 AM