PEKES AND THE ECLIPSE 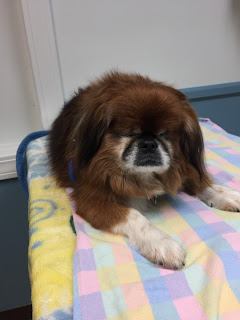 There was so much coverage on the eclipse that occurred Monday.  Kai Kai just did not care.   He could not see it anyway! 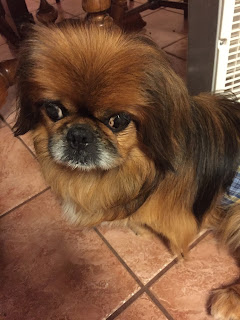 Like Kai Kai, Benjamin is blind (although we think he does have a little vision) and I don't think he was very concerned either. 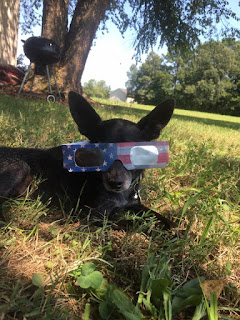 But, Barack, my friend's dog, was all set! 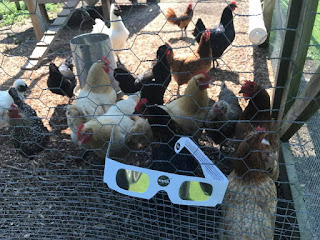 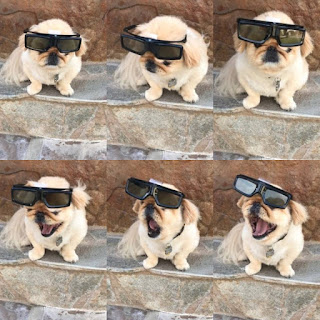 Freddie Leaf was all ready-- Bring it on! 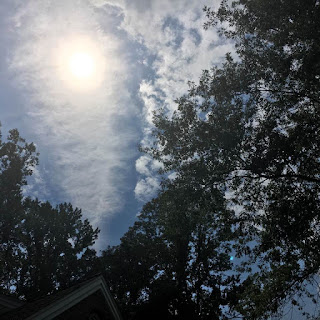 We could not stare into the sun, but a photo that is looked at later is fine.  Amazing. 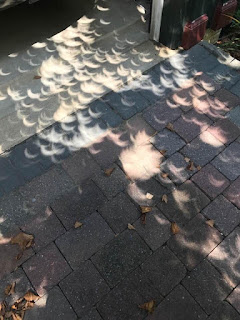 It made funny shadows/reflections on the ground. 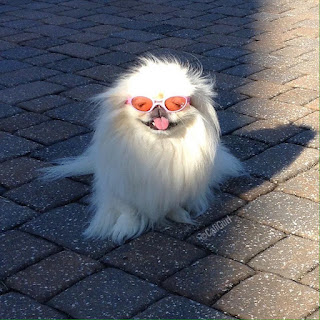 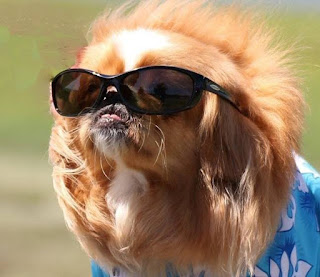 Onslow said, "Where is it?" 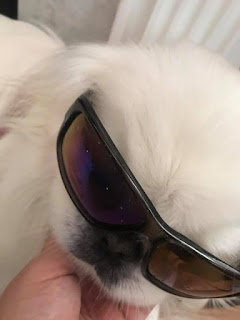 Granger Danger had his sunglasses on, but he really had no intention of interrupting his nap to go outside. 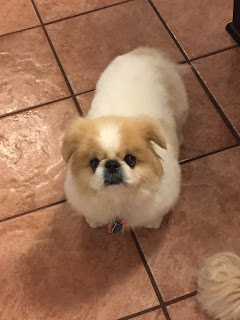 Starlight said, "What eclipse?   I'm a princess and I cannot be bothered by mundane things!"  That's Starlight!
Posted by Linda at 12:30 AM

Oh that Starlight .... So beautiful that She eclipse's Everyone!!!!!

Love (as usual) today's blog. I know there were people who poo-pooed the idea that dogs would look at the sun but my own opinion is better safe than sorry since I have Mercer Mason The VIII who checks the sky constantly for helicopters or planes following the landing path right over our house to a small country airport about a mile away. Both Mercer Meyer and my Queen Willow challenge birds that dare to fly over their fenced yard so again better safe than sorry when it comes to precious eyes and eyesight.

Loved the photos of all the Pekes and other breeds who were outfitted with glasses.