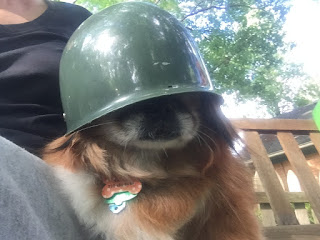 My funny Kai Kai-- he lost his eyes last year, but you can still have a sense of humor and we do.   "I can't see!" says Kai Kai. 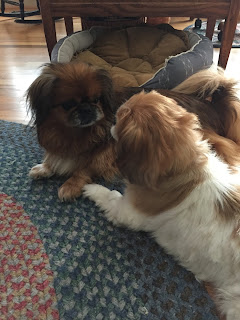 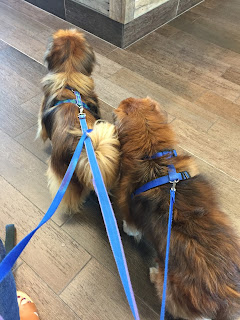 When Benjamin "saw" Dr. Nadelstein, the ophthalmologist, Kai Kai went with him. 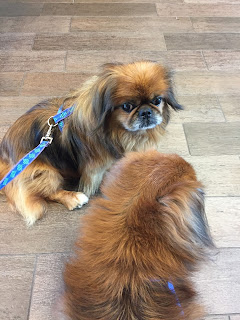 Two peas in a pod- red ones! 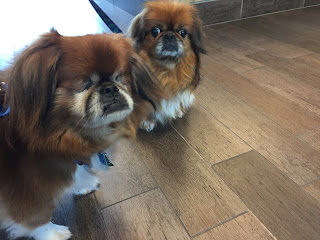 The clinic was excited to see Kai Kai-- he spent a lot of time there last year. 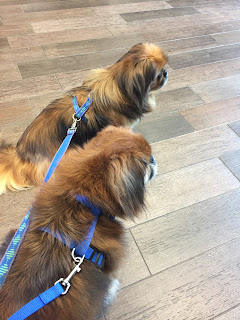 The boys sat together and waited. 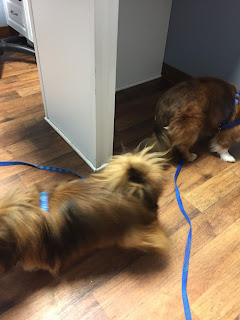 And then, after we went into the room, they had to check everything out. 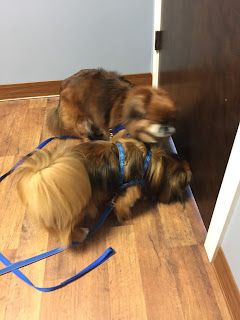 They knew there were dogs on the other side, so they checked it out together. 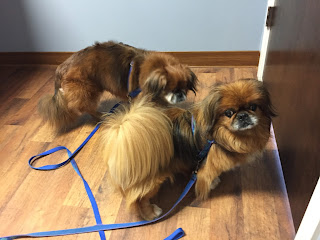 Is there something that way? 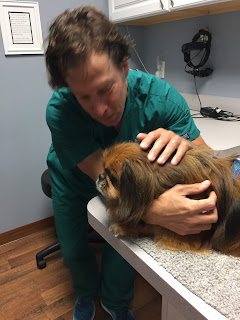 Dr. Nadelstein is well known.  People bring their dogs/pets in from all over the country.   And he's so close to us!  We are so fortunate! 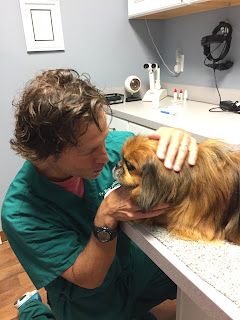 He thought Benjamin was beautiful-- and so sweet. 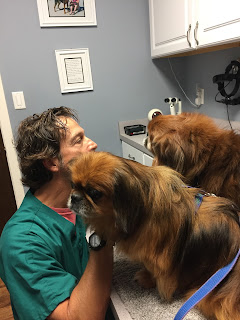 And what's better than one red dog?  TWO! 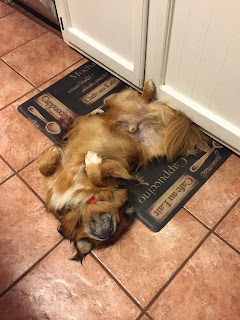 Benjamin was so happy from the moment he got to my house-- and you know what that tells me?   He will adjust to his new home when he goes next week. 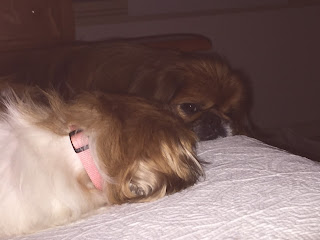 Mattie will be going with him, so they will each have a friend and that makes me happy! 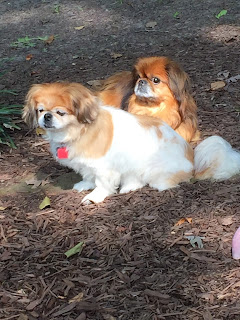 These two have been here several months, and I love them.  Rescue means letting go- and it's hard, but knowing what a great home they will have makes it so much easier.   Kai Kai will be just fine (some have worried about him) because he is more attached to me, even though I have taken a lot of pictures of "two red dogs."    It's been so much fun to have Benjamin and Mattie here.
Posted by Linda at 12:30 AM

I've followed Benjamin and Mattie since they first arrived and I've always loved Kai Kai so this story makes me feel "warm and fuzzy" just as most stories from the Must Love Pekes blog. It's actually sort of amazing to me that I recall so many of the Pekes with such love, Raymond, the precious and wonderful little Joyful Grace and oh so many more.

Next year, if the good Lord is willing, I'm determined to make the trip for the annual PekeNic so I can meet some of the stars and all the rest of the Pekes that have been featured here.

I didn't realize Ben and Mattie came to you together. I thought it was Kai Kai (but he's yours!). So happy they found a home together. 😊