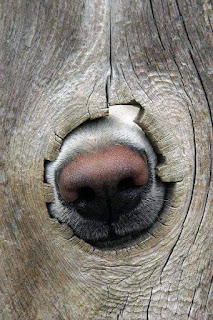 This dog is trying to PEKE out-- so I asked for peeking pics.  I got quite a few! 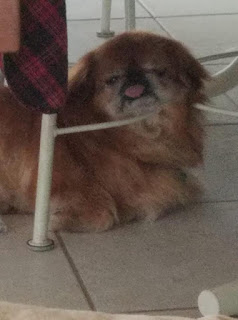 Harry is PEKING over a chair rail. 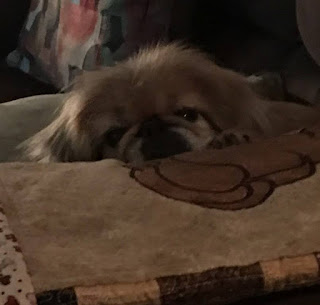 Ginny is PEKING over the bed edge. 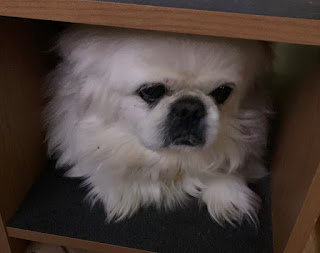 Kasey is acting like Starlight did-  getting IN a table and PEKING out. 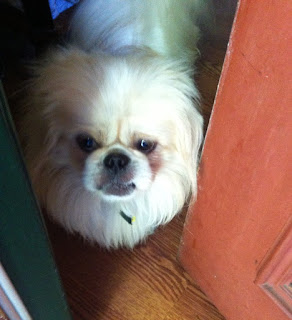 Mel is PEKING through a doorway. 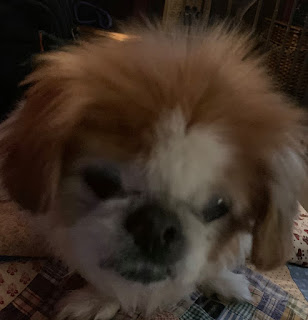 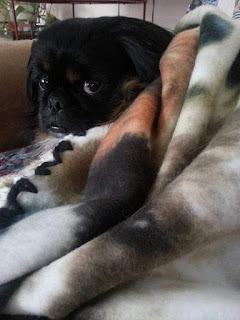 Oh the look here!  Barb's Peke is PEKING at her in the most interesting way. 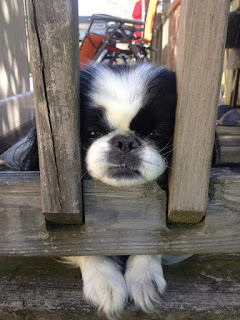 And Rhonda's Peke is PEKING through the rails-- you look like all your energy is gone haha. 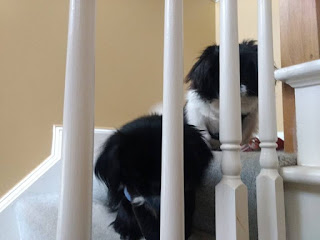 Lizzie and Elwood have set up a station on the stairs to PEKE around the house. 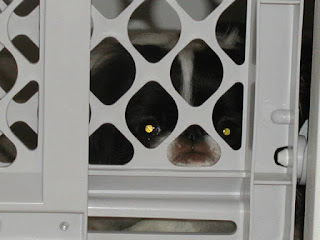 Richie is PEKING through the gate-- "Can you move this please?" 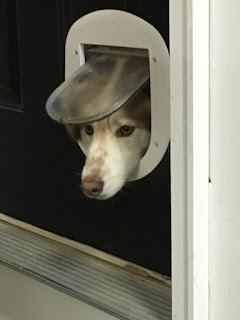 LOL Cody is trying to PEKE through the tiny cat door-- I don't think he'll do more than PEKE-- he's too big! 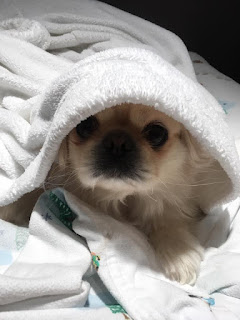 AWE, Piper is an undercover PEKE. 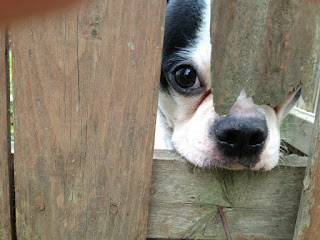 Monica said this little one is trying to PEKE out as she walks by-- I think it's time to fix the fence.  LOL 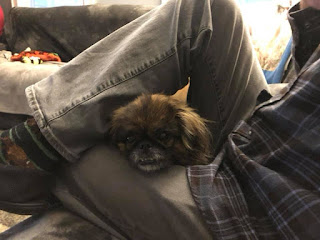 Schmoo-- are you PEKING at your mom.   You're so adorable. 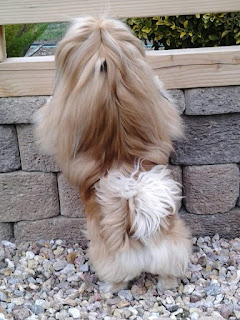 Thomas' Peke is PEKING over the wall-- but there's a rail there, too.  No escape! 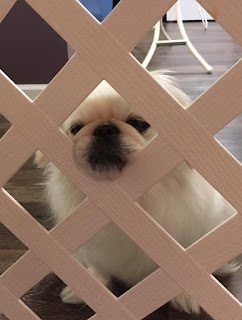 Abbi is PEKING, too.  She was adopted shortly after her parents adopted our Piper-- she was a puppy in a shelter and they were chosen.  So, they got two at once-- more fun!! 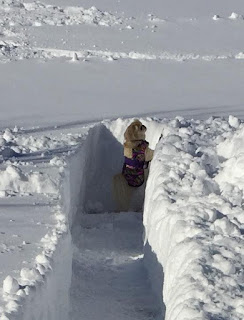 Buffy had a lot of snow before. Her dad made a path, but then it ended! Oh, no!  She was PEKING to see if there was another one. 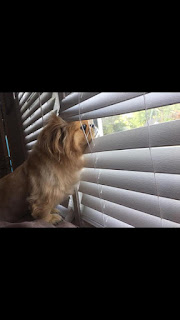 Stanley's parents should know that they have to keep the blinds UP.   They didn't, so he's PEKING out on his own.  He figured it out. 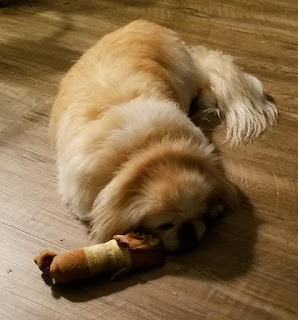 Abby was PEKING over her toy-- or maybe sleeping ON her toy. 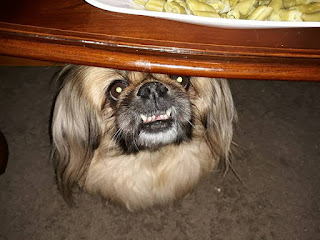 Ming was PEKING from under the table-- Pekes DO love to be under things! 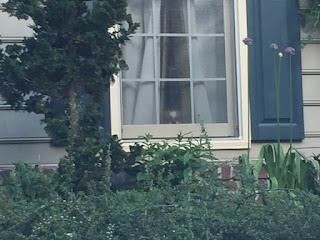 Penny was PEKING out the window-- are you on a stool or are the windows low? 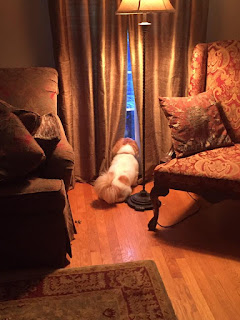 And here she is from the inside-- PEKING!!   Pekes are fun-- and full of PEKING adventures!