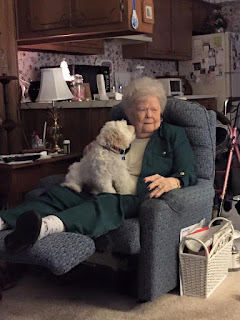 I met Jane 11 years ago.   She found me through the rescue and began to email me.   She told me about the Pekes she had owned.  We began a friendship. 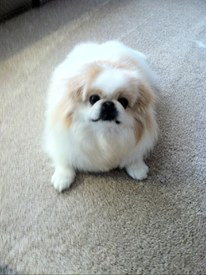 Jane didn't live far from me, and I could tell she would love another dog.  When Gracie needed a home, I asked Jane if she wanted to foster her.   She said, "Yes, but only if you let me pay her bills."   Wow.   I took Gracie Lu over to her home and finally met Jane in person.   It began a long friendship and I was so blessed to know her. 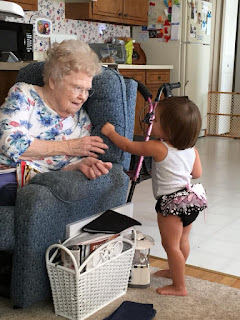 As many pictures of Pekes that were on her page, that number was surpassed by her "great granddaughter" who was the love of her life.  She would message me updates and pictures of this precious little one who captivated Jane's heart.   She would sometimes tag me when she posted a new picture. 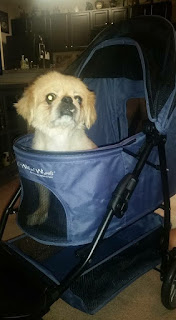 She loved being part of our rescue group and would post pictures of Pekes we had in our group.  She posted Triple's picture and said this, "Gatsby (now Triple) has a stroller. Remember he was a stray who came to PVPR with cancer. He lost a leg but has now a WONDERFUL FUREVER HOME."  She shared the victories we had in rescue and was there when there were sad times, too. 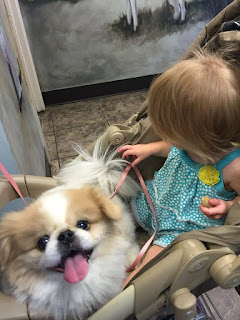 She loved Starlight's feisty spirit.   I took Starlight over to see her one time and she loved her.   I also took Beach Bit, but Gracie was glad he didn't live there LOL. 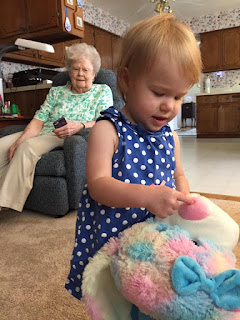 When I took Sugar Bit to see her, Jane had a stuffed animal all ready for her.  We named it after Jane-- BG, for Barbara Jane.   We still have it. 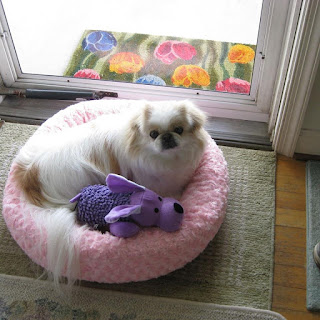 Gracie Lu was Jane's foster for awhile, but I realized how much they loved each other and asked Jane if she wanted to adopt her.  SHE DID.  ❤️💙 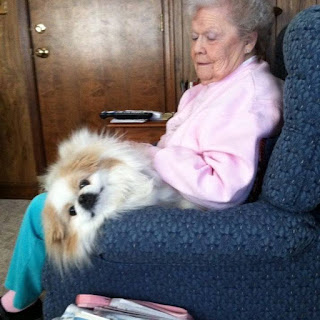 Jane had many years with Jane and had the best care any dog could have. 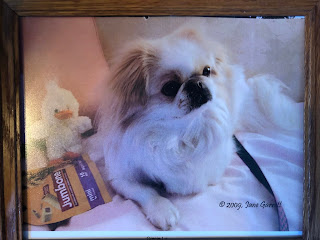 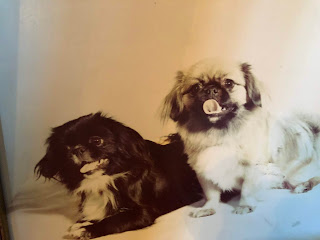 I was called this week to tell me that Jane had passed away.  I had seen her last week, and I'm so glad.  I took Sugar Bit with me because Jane loved children. 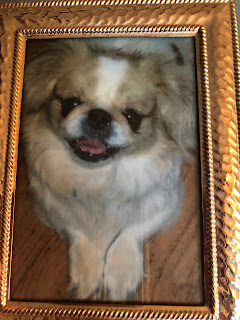 Jane left me her Peke pictures, including one of Starlight. 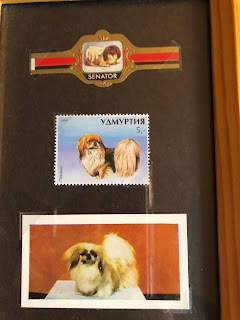 She left me this one, too, and I'll have to figure out what it is. 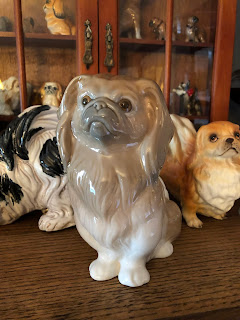 She left me her Lladro Pekingese.  These aren't made anymore, and if you have heard of Lladro, you know how nice these are.   (I have several Lladros and love the.) 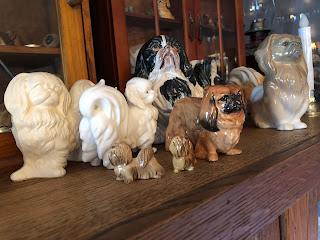 She also left a group of others, big and small. 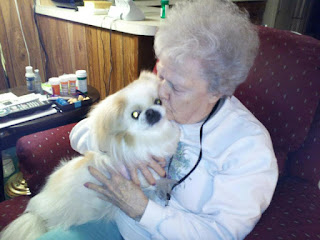 When Jane passed away this week, her best friend called me to let me know.   I know that Jane has been reunited with her Gracie Lu and the rest that she loved so much.  Those of us who were blessed to know her will miss her sweet spirit and the stories she shared.  Her family, including her great granddaughter, will miss her the most.   She loved them so much.  We, in rescue, were blessed to have her as a friend.
Posted by Linda at 6:30 PM

I am so sad to read this .... Jane has emailed me a number of times over the years. What a lovely lady she was.

I can see Jane in heaven with all her pekes and I see her driving her car with Gracie Lu in her special car seat... RIP dear Jane.

* so glad you got to see her one more time Linda.

May the prayers and memories always comfort Jane's family and friends .