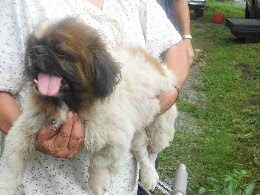 Chubs, now Pablo, was one of the Bristol 18 dogs we took into rescue last year from a backyard breeder/puppy mill. He was filthy and matted. 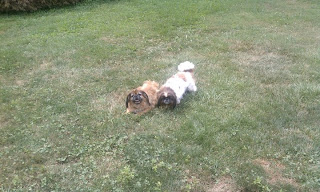 Here he is with Shadow in the yard-- they are great friends. Shadow was adopted seven years ago from us. 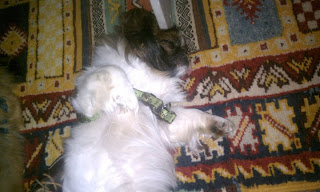 He now lives a life of joy and love in Baltimore, MD. 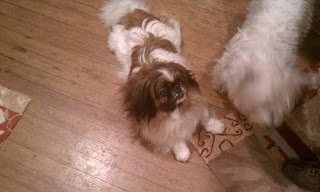 He has human and canine friends to play with. 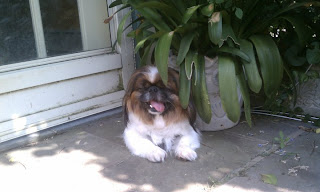 He loves to be outside with his friends... 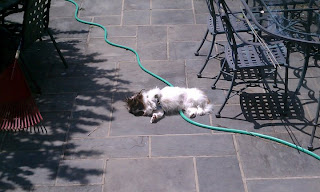 Or just laying around on the patio. 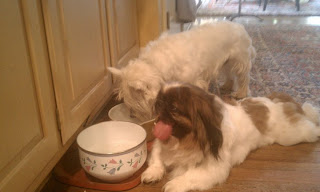 And then he can go in and get a big drink of water with Nike, one of his friends. 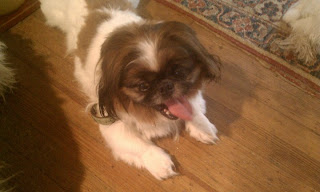 Pablo DelAmor (this must have something to do with love) is a sweetheart and would like to be the boss there, but Shadow won't let him. Shadow was adopted from us about 7 years ago, and he's over ten now, so HE is the boss! Oh, well, Pablo is okay with that. He's just glad he has such a happy life now! We only have one of the Bristol 18 dogs in rescue-- beautiful Brandy. You can see pictures of her on our web site: http://www.potomacpekes.org/
Posted by Linda at 1:00 AM

How lovely to read you only have one dog left from that rescue Linda! Wow!!!

What a wonderful story and a sweet little Peke! So happy he is in a loving home.

Gorgeous, or should I say handsome:)