It takes a  TRULY special and generous soul to give their heart to a senior. Gracious was blessed to find someone to love her the way she deserved.   Lucinda 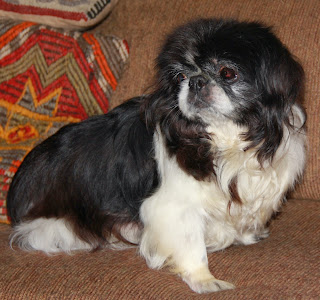 Gracious came into rescue in August, 2012.   She was in a shelter and in horrendous shape.   She got her name because when our volunteer saw her, all they could think was "Good Gracious!"    And it stuck. 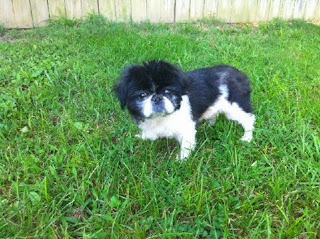 It also stuck because she had such a gracious little spirit-- all the cleaning and bathing that was needed-- she just took it all in and was such a good girl.    She did try to flip around a bit-- those knots hurt, but they had to come off.   They were pulling so badly. 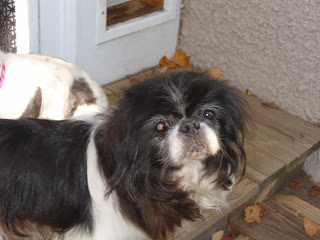 Lucinda and Roger helped this sweet girl until she went to Jeanne's for fostering. 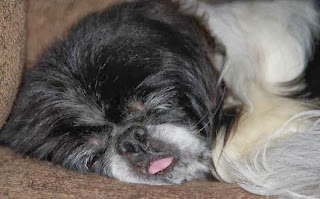 Then, Gracious had an application!!   We were so excited.   The seniors can be harder to place, but they have so much to give.    Her new mom, Vicki, was so excited! 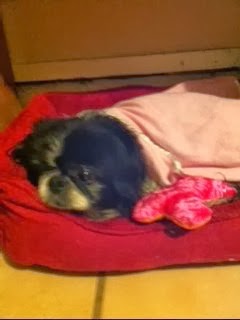 Vicki hoped she would have Gracious for years and give her a life that made up for the years of neglect she had been through.  Vicki adopted her in January, but Gracious died this morning.    She had so much love in the short time since she was rescued--now she will be free.   Thank you, Vicki, Jeanne, Roger, Lucinda, Kay and Claretta for making her new life possible.   Rest in peace, sweet one!
Posted by Linda at 11:18 AM

Blessings to her family and may their memories fill their hearts with love each day......

Blessings to her family and may their memories fill their hearts with love each day......

Blessing to Gracious and both of her foster and adoptive families. I have an idea about how special she is because I have a beautiful girl who is very old (at least 16) and looks like a littermate for Gracious (separated at birth?). Even down to her expression. Its just remarkable! (I rescued her on Long Island). She was also in deplorable condition. I am thankful every day she is with me.

Prayers to you all from Australia.

I am so sorry. Thank you for loving her and giving her a wonderful loving home.

I am so sorry for your loss. Thank you for giving her a wonderful, loving home. Sending hugs.