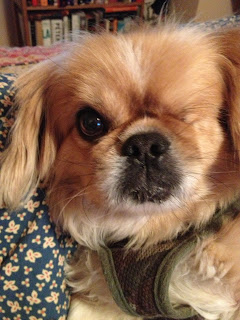 Willie Wonton has been part of my rescue life since I met his mom, Anna.  We have been friends for years and we have loved each other dogs.  I've followed Willy's story for many years. 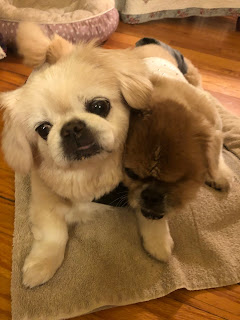 Willy, tucked up with his friend, Binks, was their first Peke. 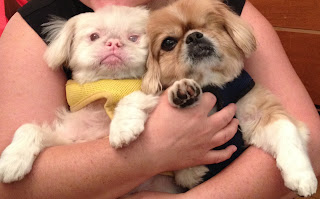 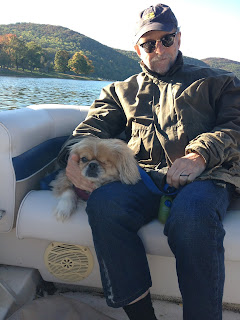 His daddy loved him-- I remember a story of him chasing Willy in New York City in his jammies (not Willy, his dad! 😲😃). 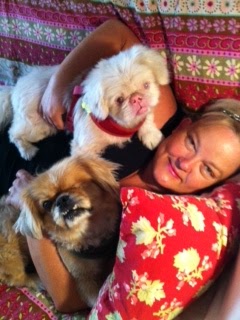 Anna adores her Pekes and they have such love with her.  Scotty Butters was a PVPC alumni and was a special one, too. 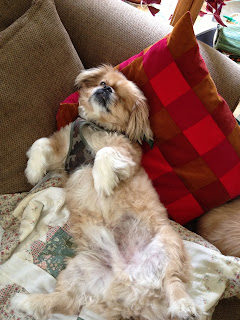 Willy had one eye, but it never slowed him down. 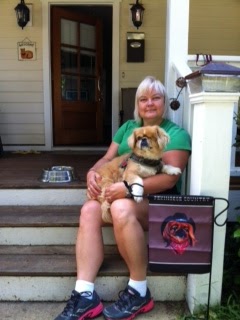 He moved from a NYC apartment to a house in NJ.   A yard! 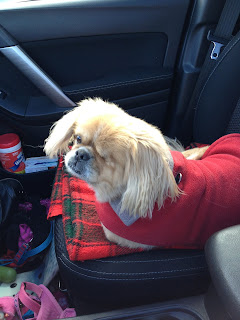 He was an older boy, at least 16, when he left last week. 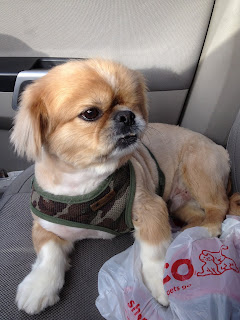 We wish they could live forever... 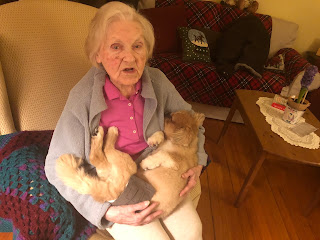 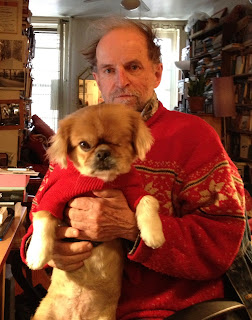 Willy developed health issues and was at the vet a lot.   His parents are phenomenal. 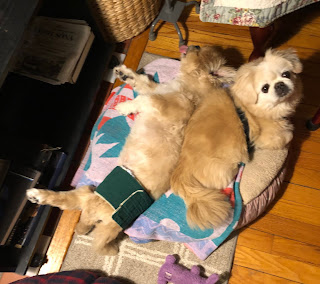 He lost the use of his legs and wore a belly band, but he was still happy and loved. 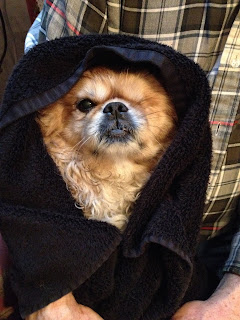 Willy had a wonderful, long life.   We wish we had them many more years, but the years we have them are the best. 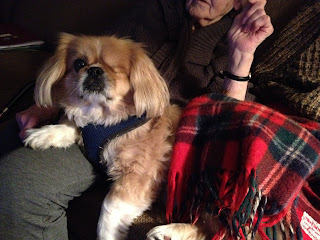 He let his parents know he was done, and ready to go to the Rainbow Bridge.   He joined so many there who were loved like he was.  Run free now, sweet boy.   You are loved.  💙❤️
Posted by Linda at 3:57 PM

How I loved the name "Willy Wonton" .... it was a super name for a beautiful Peke!

Willy will be so missed!!! Just look at those photos... lots of family and lots of love in them all !!!!!

For a Pekingese to live to 16 is a very fine record of time .... well done Willy but you will be so missed by your adoring family.

Hugs to you all from the Aussie's XXXX