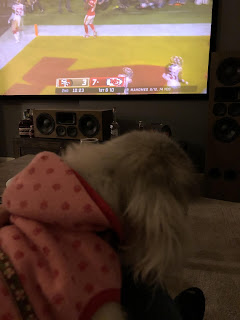 Clara watched the Super Bowl with me.   She didn't care who won-- I did.  I know that shocks my friends because I'm NOT a sports person. 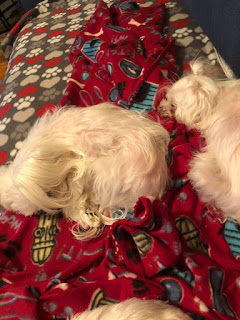 The Parks Pups were watching intently--- not. 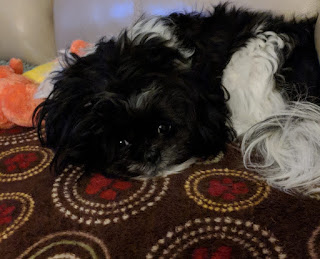 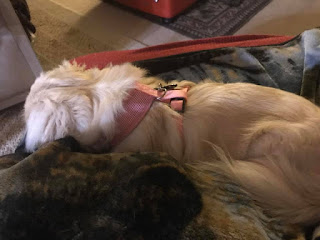 Hannah, my former foster puppy (now 14 pounds!) cheered on her team-- but I'm not sure who it was. 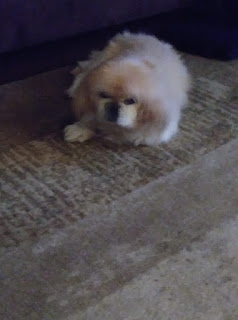 Dickson was just glad to be near his foster mom. 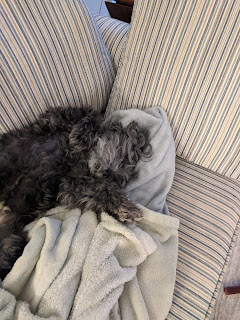 Oscar was like the rest-- he just slept, but kept his mom company. 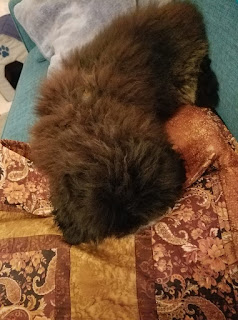 Sam aka The Caterpillar  just couldn't keep his eyes open.   It was a pretty exciting game, so I'm not sure why. 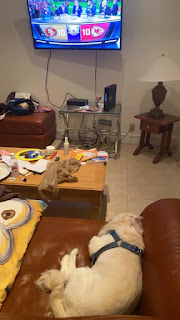 Newman was all for the Chiefs winning because that's who his mom loves. 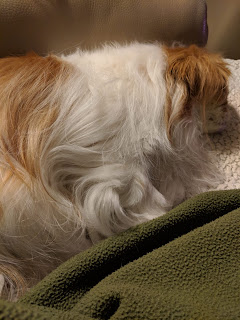 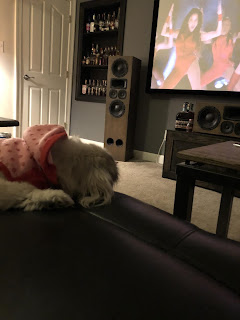 Clara was not impressed with the half time show-- so much noise!  LOL 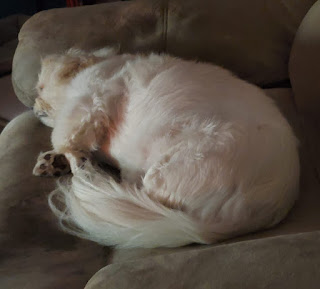 China Doll tried, but finally gave up.  She slept through the game and missed how it ended.  But, it did end-- the Kansas City Chiefs won and we were excited.  I went to college in Kansas and my husband's family is in Missouri, so we had to cheer them on.   It was a good game.
Posted by Linda at 8:38 AM