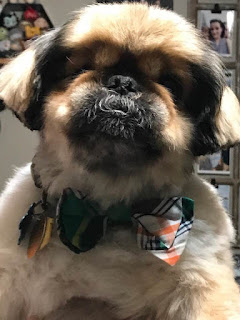 Max was one of our foster dogs who came into rescue three years ago. 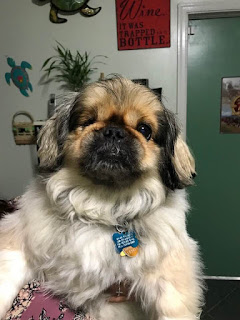 He had a bad eye, but we don't know why.  The owner turned him into the shelter and said they got him from a breeder, so we think he may have been a stud dog for several years of his life.   He didn't have the best owner before, but he does now.  🌝 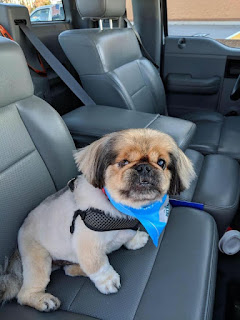 He was fostered by Paula and James and they fell in love and adopted him.   He's such a sweet boy. 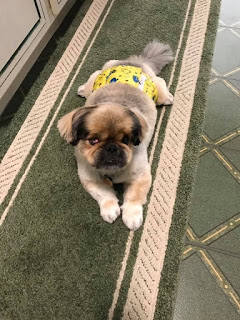 Max was seven years old when he came into rescue, so he is ten now.  "Middle age"-- definitely not a senior. 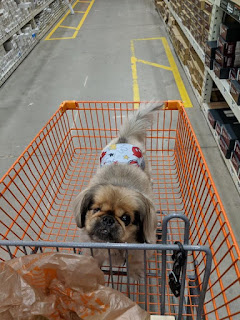 He had an episode yesterday where he suddenly lost his balance, fell over and lost control of his bladder.   He couldn't stand up and was in distress. 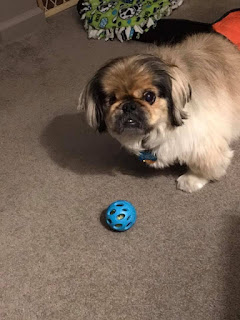 He was taken to the vet immediately and his bloodwork was good.  The vet think it was Vestibular Disease, also called Canine Idiopathic Vestibular Disease.  It is also referred to as Old Dog Syndrome, since it usually happens with older dogs.    https://vcahospitals.com/know-your-pet/vestibular-disease-in-dogs 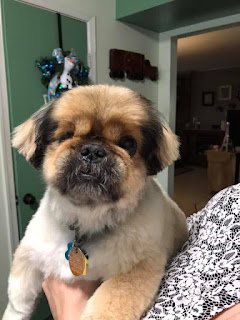 It happens more in larger dogs, but small dogs can also have this happen to them.  It can last from 7-10 days normally, but Max already has already showed signs of improvement. 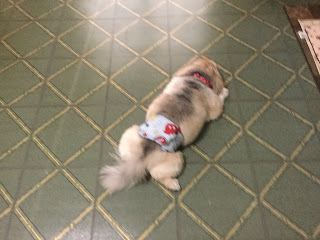 Vestibular Disease can be an inner ear issue, which causes the imbalance.   Often, there is no known cause, but it does usually resolve itself.    If you see this in your dog, take them to your vet. 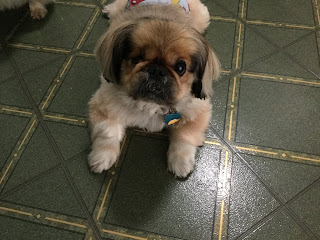 Max is wagging his tail, eating his food and almost back to normal-- a very fast recovery.  His mom and dad are watching him carefully, but it's looks like Max is on his way to normal.  ❤️💙
Posted by Linda at 12:30 AM

Thank goodness Max is improving. That would have scared me so bad.

Many more years for Sweet Max.

Oh thank god Max is well!!
I was reading away and feeling so sad but .... Mr Max has turned the corner and he is feeling better - yeah !!!
Sending big old healthy vibes to Max!!!

*Never heard of that syndrome Linda.