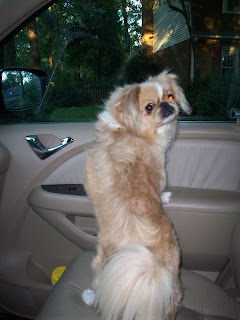 Coco Puff and I took off on a road trip. This doesn't show it, but she has an e-collar on since she had eye surgery last week. I'll do a blog on her tomorrow. My daughter and her son (Beach Bit) went along too-- we went to see the cousins! 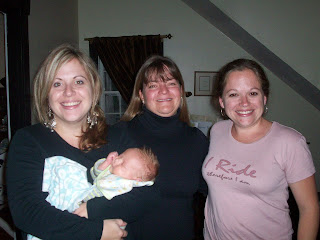 And here are the sisters-- and Beach Bit. We were near Charlottesville and had a great week-end! Sisters and kids-- grandkids for me. (My husband was home with the rest of the Pekes.) 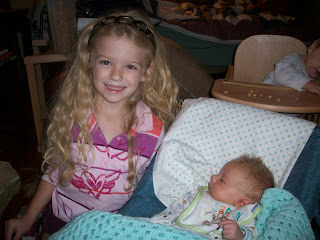 Lil Bit and cousin, Beach Bit, were posing for me. 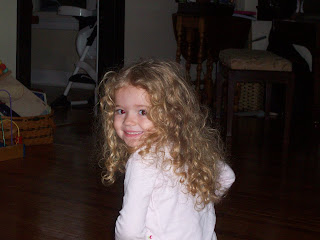 Bitty Bit had to have her picture taken, too. 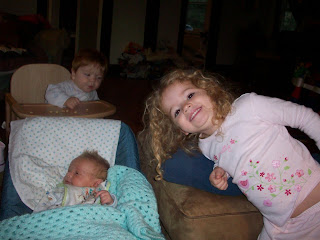 And here's Drill Bit (on top), Beach Bit, and Bitty Bit. I love my grandkids!! 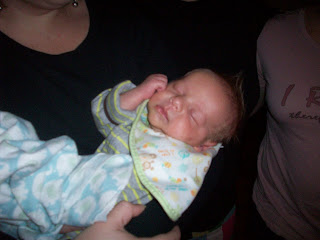 And Beach Bit had a closer shot. He was sleeping and didn't care if I took his picture. 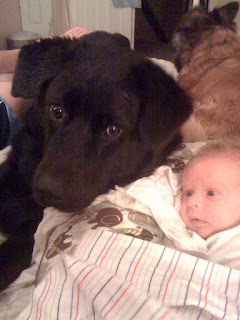 But, when we arrived home, he was greeted by his dog. His dog Leo, really missed him. He LOVES his baby! 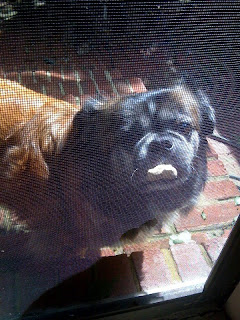 So does Pandy-- she's a Peke mix--one of our former foster dogs that my daughter adopted. She was out on the patio and decided she was there long enough. 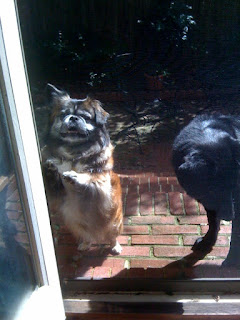 LET ME IN! I want to see my baby to make sure he's really home!! Yes, Pandy, we're home-- at least for awhile. You never know when a Peke (or Pekes) and I will take off for the mountains!
Posted by Linda at 5:00 AM

I am glad your husband is "holding the fort" with the pekes Linda :)

Children, dogs and loved ones. That combination is the definition of "a great weekend"!

Coco looks like she is feeling better. She is blooming!

I love Pandy wanting to get in, but never giving up on the treat! too funny:p