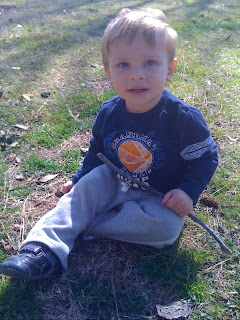 Beach Bit is my helper with the dogs. I do have separate areas in my house for Beach Bit. He's still at the "grab dog hair" stage, so we have to protect everyone. 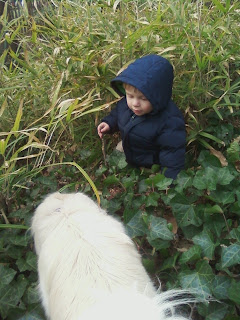 But, outside, everyone is in the same space and do fine. Cranberry is checking out what Beach Bit is doing. I'm sure he's looking for sticks. 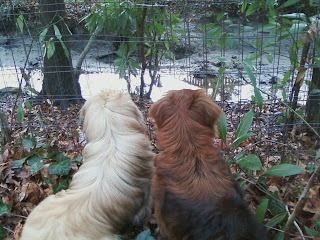 Beau-Beau and Kai Kai are watching out over the small creek we have behind our house. 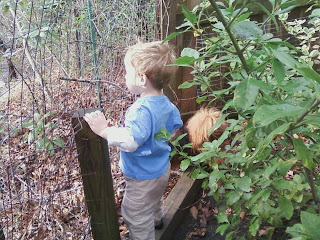 Beach Bit joins them. Is there something out there to look at? 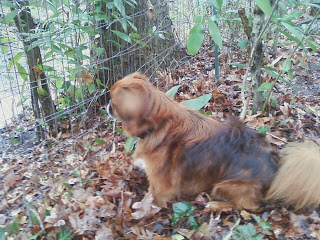 Kai Kai looks on his own. We get ducks back there sometimes and they are a source of entertainment when they show up. 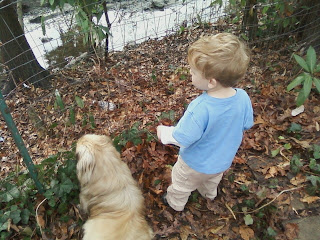 Beau-Beau and Beach Bit watch together. Beau-Beau seems to be very good with children. 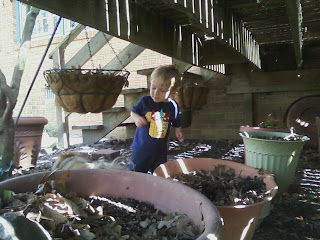 Beach Bit searches under the deck (where all the planters live during the winter) for dog balls that have rolled under there. He's such a big helper. 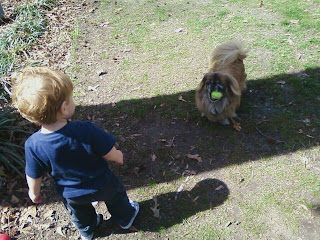 Max and Beach Bit were playing ball. Max even let Beach Bit take the ball-- I was amazed. Max isn't the greatest around kids. 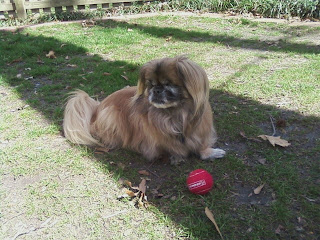 I was so proud of him! 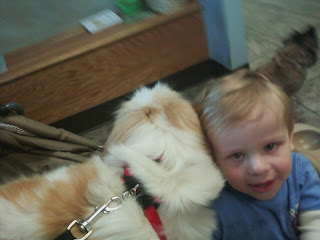 Lolli-pop got a "gentle" from Beach Bit-- it is when he leans in and says "awe." It's his way of giving the dogs a hug. He gives me "gentles", too. 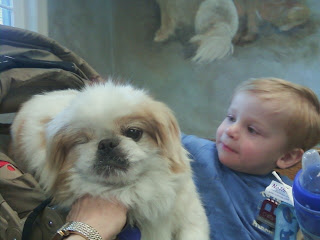 With all the dogs he has met at my house, maybe Beach Bit will become a rescuer when he grows up. It seems to be in the genes.
Posted by Linda at 1:00 AM

I really think that young man might be a Vet one day !!!

What an adorable little boy and it's good he's learning about dogs at a young age. I hope too he will become a rescuer because there is no finer, nobler position in life than to reach out to others and save lives! What lovely photos. Thank you for sharing!