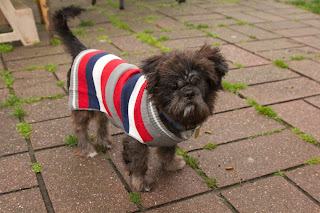 Look at this boy! I took him from a shelter so he could have a place to die with love surrounding him. He was in horrible shape-- I "knew" he didn't have much time. Well, he fooled me. 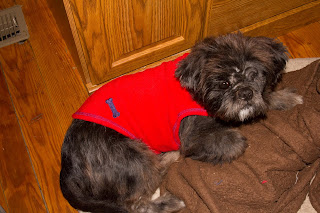 Instead of being an old dog, it turned out that he was just horribly neglected and is really only about 3 years old. 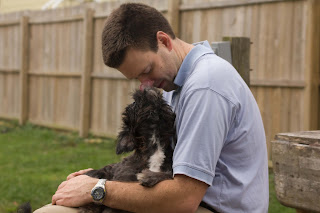 He had an eye removed and was neutered at the shelter vet (who did a great job) and now he loves sitting on his foster dad's lap to give him kisses. Mike and Tiffany are great with their fosters. (I have GREAT foster homes! Thank you to all of you!) 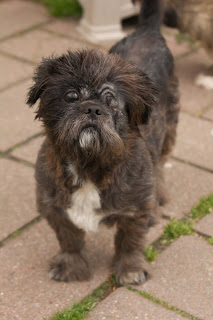 Sebastian's eye area was very swollen after it was removed, but he's doing so much better. 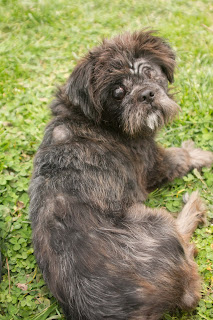 You can see the big tumor/cyst on his back, but it has been removed. It was huge under the skin, and he had a six inch incision, but the vet said it was not cancer and he's healing just fine. 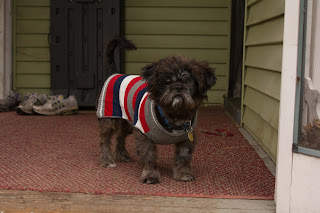 His foster mom trimmed his hair down because it was matted and in bad shape, so he gets to wear a sweater on cold days. I think he likes that. 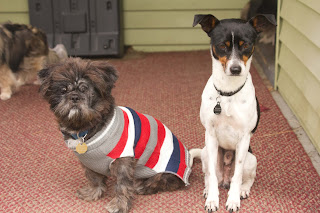 He has friends to play with and is good with the other dogs. 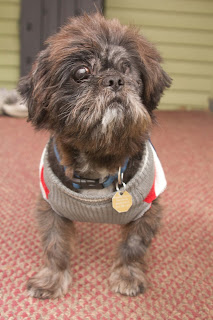 Sebastian is a real sweetheart who loves getting attention. If you are interested in adopting this sweet boy, just email us at potomacpekes@gmail.com.
Posted by Linda at 1:00 AM

what a sweetie and you can tell he just loves his jumper!!

That's wonderful! Sebastian does look like a little old man and I was surprised he was just three, but that's great. He gets a chance at a happy life with his own family eventually - but meanwhile, I'm so glad he's well taken care of. He certainly has personality - you can see that in his face!