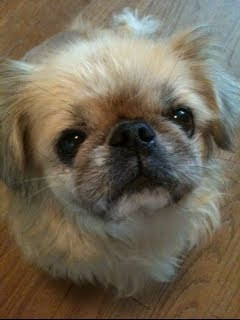 This is Yoshi. He was rescued from a shelter in Baton Route, Louisana. 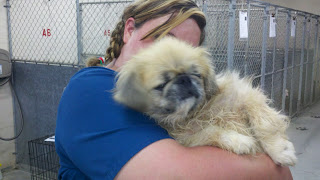 He was saved FIVE MINUTES before he was set to be euthanized. Thank you to all who were part of this! 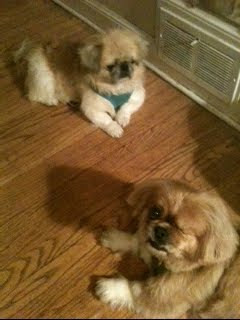 He came to his mom Anna, in New York, via Pet Resq, Inc, on a 26 hour truck ride. It was his ride to freedom. 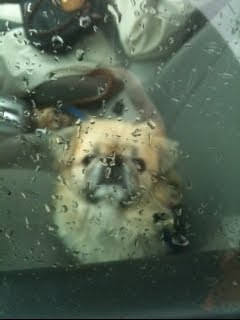 At his new home, he likes to watch the rain outside-- and be bossy to his brothers and sisters. He wants to be alpha and his new mom is working on changing that. It's hard to do with dogs who are "bent" on being the boss. Once he realizes he doesn't have to be in charge, he'll be so much happier. 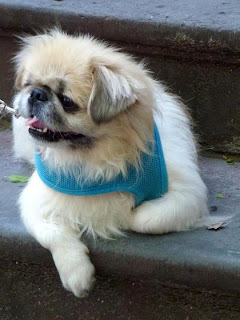 He has a wonderful blue harness and gets to take walks, and just be a dog. 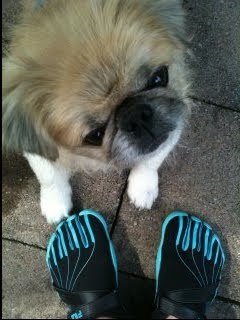 He was matted and messy and the family who previously owned him just didn't care about him. Now, he's groomed and clean and... what are those funny shoes he sitting by? :-) I think he is wondering the same thing. 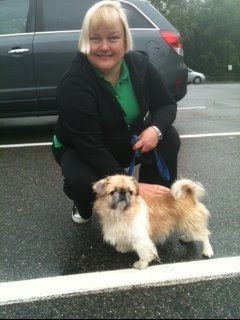 Anna absolutely loves these little ones. Yoshi has a bit of an attitude, but he is only 2 or 3, so hopefully, he can learn good manners. 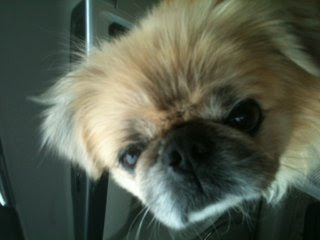 Yoshi is a loving little boy with a huge personality. He loves being on her lap. Hopefully, he will adjust to being part of a pack-- and do it quickly. :-)
Posted by Linda at 1:00 AM

That is one truck going Peke!