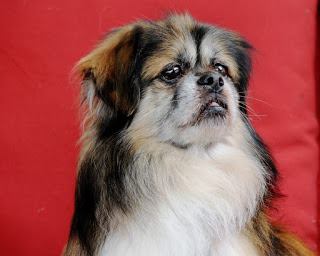 Theo came into rescue in September of 2015.   He was a mess when we got him, but he became such a beauty.  He looks so regal here. 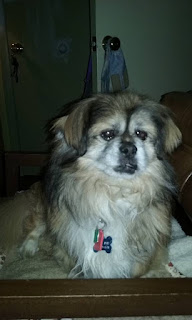 He had been treated so badly, so he had trust issues. 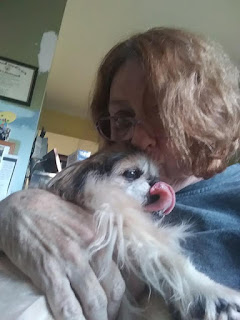 Toni, his foster mom emailed me and told me of many issues he had, but oh, she loved this dog. 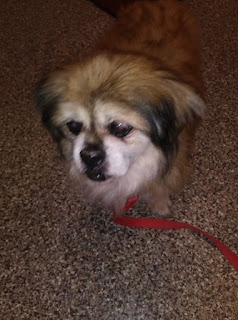 Over time, he mellowed.  But, no one adopted him.  (I don't understand why some are not adopted.) 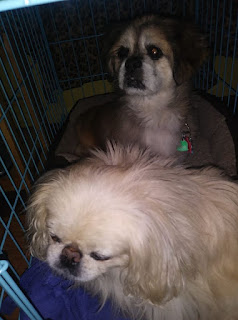 So, Toni kept him.  He was happy there-- here with Abbey in front.  Theo loved his kennel.  It was never shut, he just liked his little den. 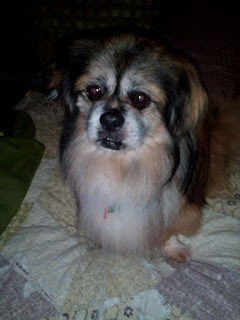 He had the most soulful eyes I've seen on a dog. 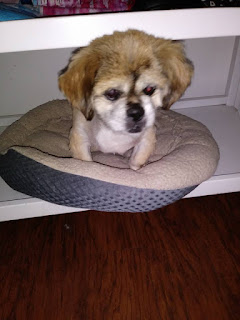 He learned to trust Toni, and he loved her. 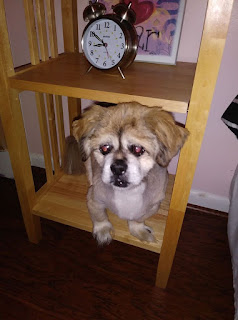 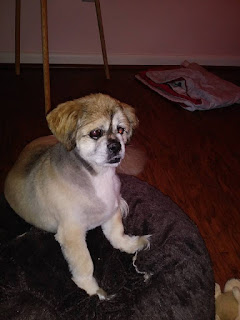 Theo had many medical issues and he was an old boy.  We never knew how old he was, but he was a senior.  Toni thought he was around 16.   From the time he came to Toni, Theo's life changed.  He was accepted, he was cared for, he was safe, he was loved.   The best years of his life were the ones he was with Toni. 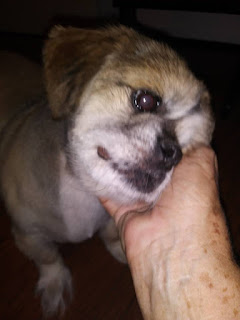 Losing him was so difficult, but it was time.   The hard part of loving a dog is when they leave us.  He is whole again and playing with all his dog friends.   Run free now,💙 sweet boy.
Posted by Linda at 8:53 PM

Look at the trust in those loving eyes in the last photo. Tears

Hugs to you Toni for the loss for your lovely boy Theo.
Oh he was so regal indeed Linda and he had a lovely life with Toni.