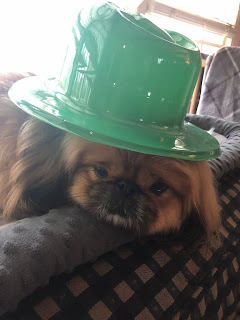 Paddington is celebrating St. Paddy's Day-- and it's his birthday!   He looks like he had a few too many green beers. 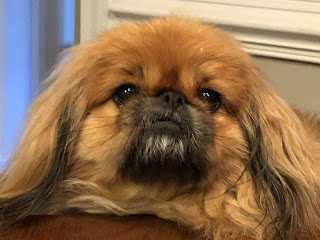 Paddington is one of the prettiest Pekes I've seen-- and he definitely has a Peke-a-tude. 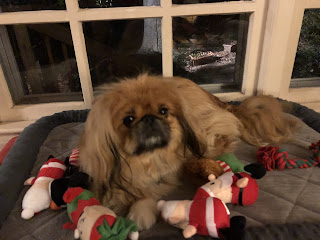 He is so picturesque.   Smile, Paddington! 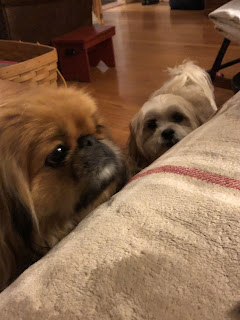 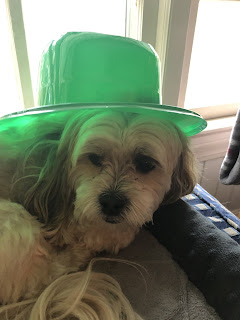 And Piper will be five years old on the 20th! 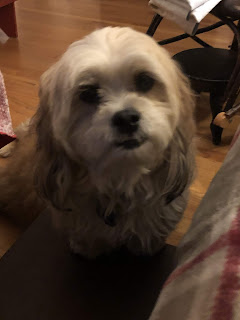 Piper is such a sweet dog and always in a good mood.  He gets along with everyone-- 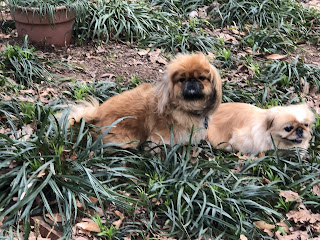 Paddington is "pretty good"-- haha.  We all know about Bad Pad.   He was sitting nicely with Mitsy.   He really tries hard to be good. 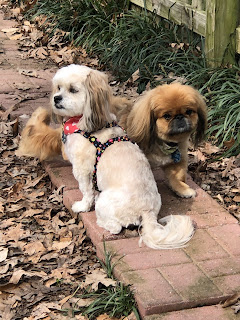 These two are best friends, and play hard and noisily in the yard and the house.  They race around, and if Callie is invited, she runs with them, too. 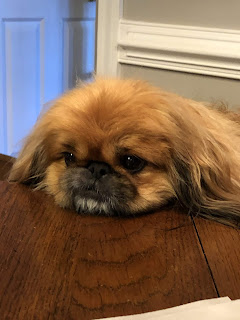 Happy Birthday to Paddington and Piper ... to be sure , to be sure!!!

Good thing they do not live in Ireland ---- the Pubs are closed because of the virus... no green beer for them !