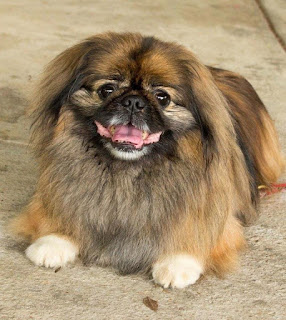 Jay-Jay came into rescue 7 years ago.   Phyllis offered to foster him. 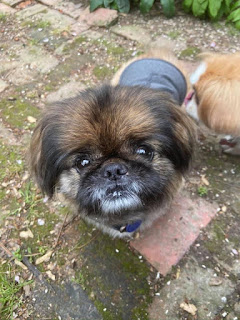 He was a little beauty, but he had issues.   He didn't feel safe and would react.  He had aggression problems. 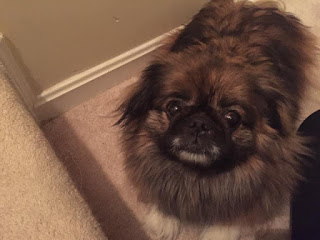 He learned to trust Phyllis, so she adopted him.  She wasn't sure he could make another transition-- what a happy day for him-- and her, too. 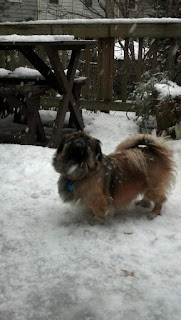 Jay had some great years-- snow and sun and rain and fun and a brother and a sister. 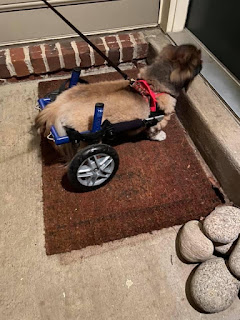 He had health issues.  He began showing signs of dementia and then he lost the use of his back legs. His mom bought him a wheelchair. 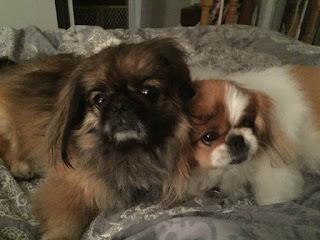 Penny watched over him, they often were together. 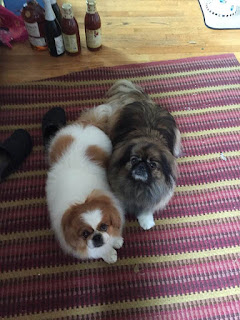 This is such a sweet picture. 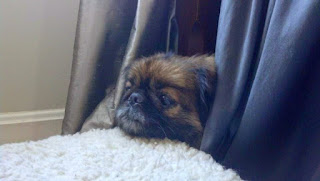 Jay recently lost control of his front legs and he started having seizures.  It was time.   His mom loved him so much-- losing him was so difficult, but it when it is right.   Run free now, sweet one.
Posted by Linda at 2:51 PM

Big hugs to you Phyllis as I can just see you will miss Jay a lot!!
Very handsome boy.

soft kisses and sweet hugs Phyliss, wishing all good things in life. Thank you for loving this baby and giving him lots and love <3
your the best