JACKSON AND HIS EYE SURGERY 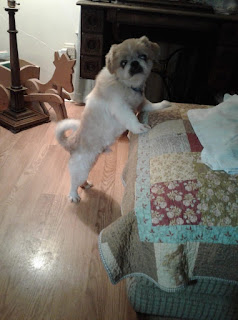 I went to visit Jackson.  He is being fostered close to me. He was shaved down but his hair is now thick and healthy. 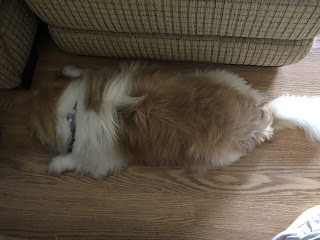 He is a laid back boy. 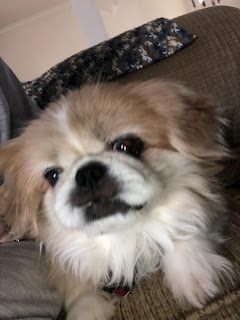 He had cataract surgery last month. 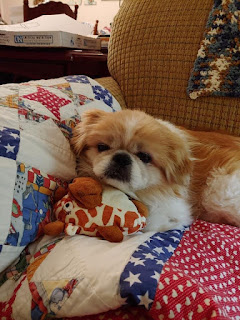 It removed the huge cataracts from both eyes. And he’s done well. New lens could not be out in but he can see. 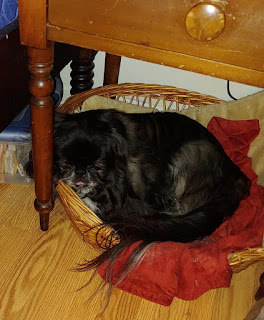 Susie is his buddy there.  She asked me to include her in the blog. She’s a beauty. Susie is often on the couch w Jackson. 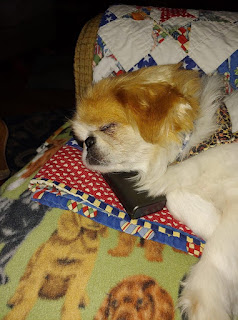 Jackson has visited the ophthalmologist for rechecks.  He went last week. 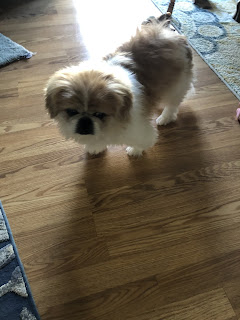 It showed that one of his retinas had separated. 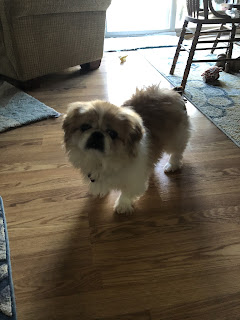 Jackson has had a tough go, but it hasn’t changed his personality. 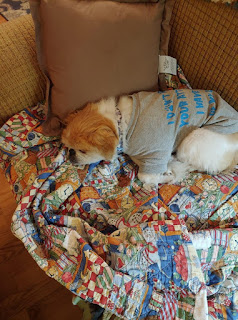 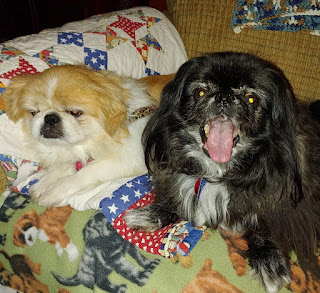 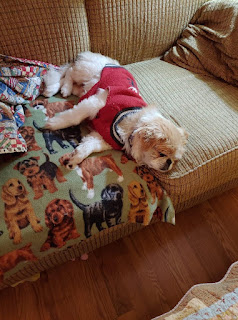 When I arrived to visit, he wagged his tail. 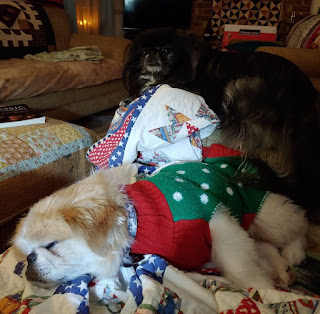 He climbed on my lap and loved the back rubs. 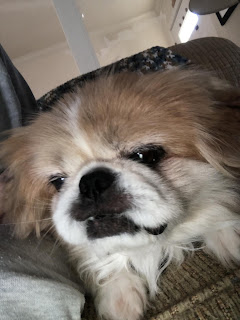 Jackson is such a wonderful boy.  I love the older ones.  Jackson is only 9 but he’s still special. 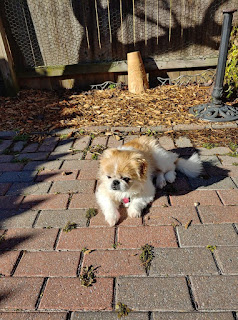 He is having his eyes rechecked in a week and we hope he won’t have to go back for months for a recheck.  We want to find him a great home.  He’s easy going, house trained and sweet.  If you love special ones like I do, he may be perfect for you.   (He doesn’t do stairs and weighs about 15 pounds.).
Posted by Linda at 12:30 AM