FROM ONE PUMPKIN TO ANOTHER

Jeanne has put up an entry to the Shelter Fan Photo Contest: November and would be really grateful if you'd check out the entry. They is a prize for the most votes. 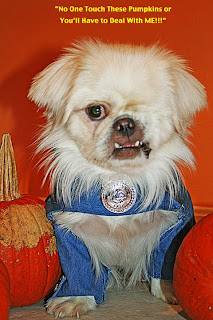 Yoshi was a tough guy for Halloween. He was the sheriff! Don't get in his way. 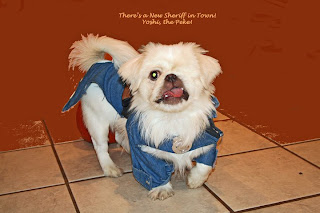 He's ready to take down a bad guy. Look at his stance-- ready to go! 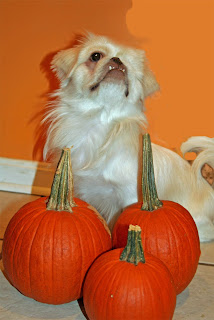 He had a pose in front of the pumpkins to get ready. His mom sent me his pictures, so I sent her some back of my "pumpkin." My grandson was all dressed up for Halloween. 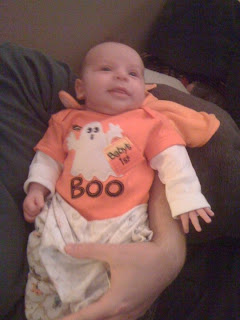 Isn't Beach Bit scary! All two months of him! All 8.5 pounds of him! (Remember, he was a preemie, but he's catching up.) 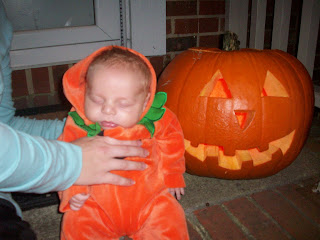 He was really interested in Halloween with his pumpking outfit on. Can you see how awake he was? 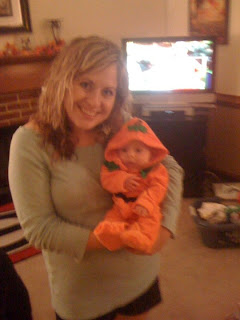