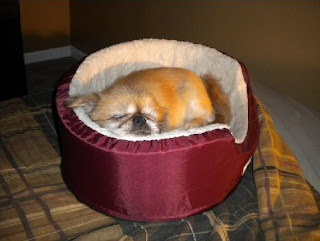 Rusty died six weeks ago and his owner is looking for a new Peke to love. He wanted to help one that had no one else to help. 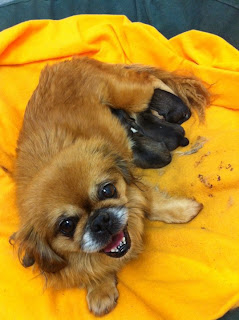 He was going to adopt Daisy-- but her foster mom couldn't bear to let her go. It happens sometimes. When our foster moms/dads fall in love, they do get first choice. Daisy is 8 years old and was found wandering the streets of Philadelphia. She was found by animal control and while they were transporting her, she went into labor and had three puppies. Thank goodness, they already had her or she would have had her puppies in the open with no chance of survival. 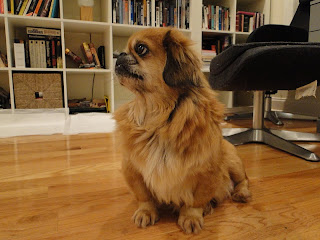 Her puppies were adopted when they were old enough and Daisy began waiting for a home. She was in a foster home, which was great, so she was getting great care. And now she's staying there forever. I know many of us-- most of us-- have fallen in love with a foster or two and can't let them go. I had Bailey, Starlight and Max who stayed. Jeanne has DiDi. Tiffany and Mike have Chubby..... and the list goes on. 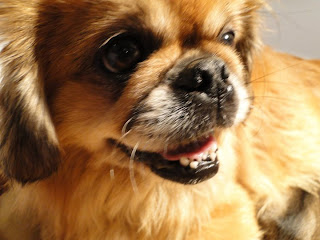 I know Daisy will be loved so much in her new home with her foster mom/now permanent mom. And Rusty's dad will keep looking for a new Peke to love. I know Rusty would like that.
Posted by Linda at 5:00 AM

Daisy is so sweet and I can see how hard it must be to let every peke you foster go.
So glad she was found when she was and what a lovely and happy ending for her.

LOVE Rusty! So sorry again for your loss. Congratulations Daisy!! Rusty's dad will find a new Peke to fall in love with. It is impossible not to. :) Sorry things didn't work out with Daisy but there will be another opportunity around the corner!

Aww, when Rusty's dad said that Daisy was in a great foster home, I wondered if the foster mom would be able to give her up. She looks like a sweetheart:)
Rusty's dad will find his peke and it will be the perfect one for him:)