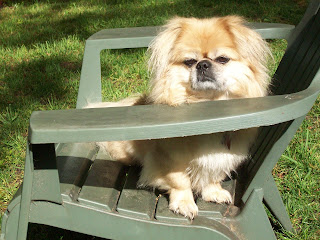 Chaumey has his cone off in this picture. He's been very good and his eyes have healed well. He is such a sweet dog! He sleeps without moving on our bed at night. 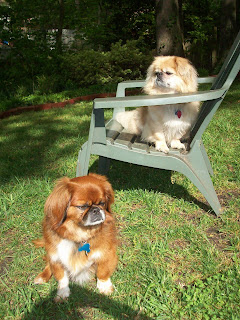 He and Kai Kai are observing the antics going on in the yard. 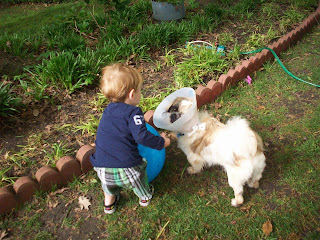 Beach Bit was out playing in the yard and so were the Pekes. So, I got the big ball for Beach Bit to play with. 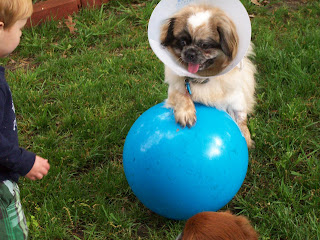 And guess who liked it! Harper! 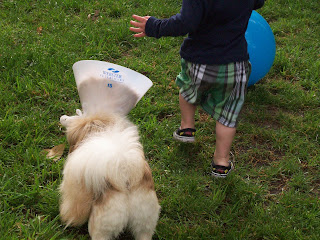 He followed Beach Bit around, waiting for a chance to get it. 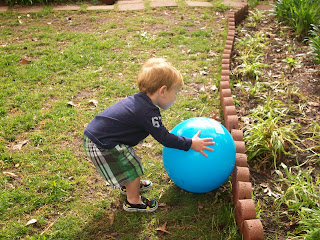 I'm going to throw it! 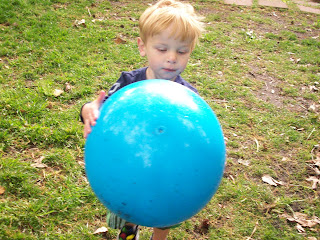 And off it goes.. 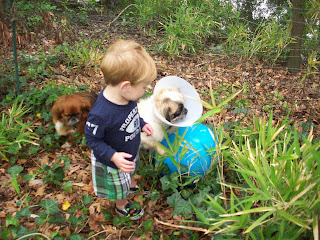 Into the border grass and ivy. No problem, Harper is going to get it. 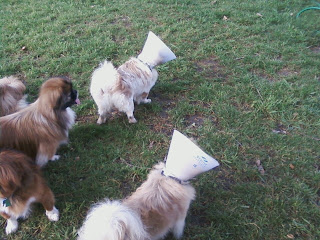 They followed Beach Bit all over for awhile playing with it. I did a video so you could all see how cute they all were. It's at the bottom of the blog. 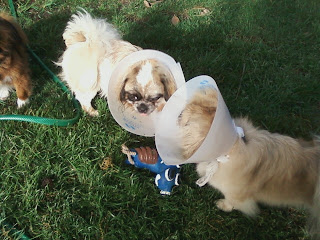 When they both had e-collars on, and both tried to get a toy, neither could see it. 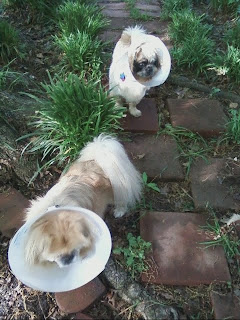 They searched down the path... 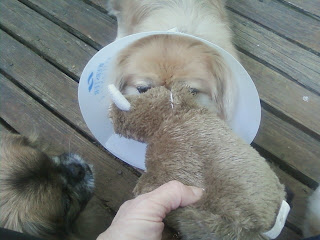 And finally I held a toy out for Chaumey. Max is ready to steal it. He always is. He is the toy-monster here. 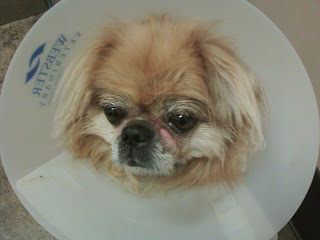 Chaumey was really good about his cone, but he's glad it's off now! 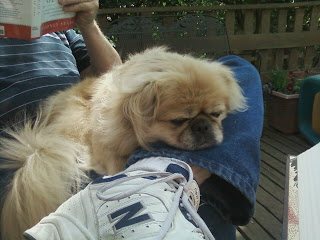 And he's snuggled up on my husband's lap-- he is a lap dog for sure. 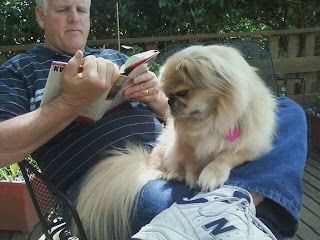 Anyone's lap will do. A good place to snuggle is just fine with him!
Click here: harperyardballTC - YouTube
Posted by Linda at 1:00 AM

Too cute all round and I adored the video Linda!!!

What adorable dogs. I so yearn for another male Peke, but I have my quote (sigh!) maybe some day ... but, I am just happy to see you are taking such good care of your foster babies. Was that nasal fold surgery that they had? They look precious! Thank you for helping them and I pray that the will find a loving forever home!