GETTING READY FOR THE PICNIC 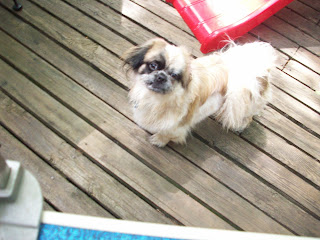 I had to post some pictures of my fosters, Harper (above) and Chaumey. I showed you beautiful Desi getting ready for the picnic and my two were getting ready, too! 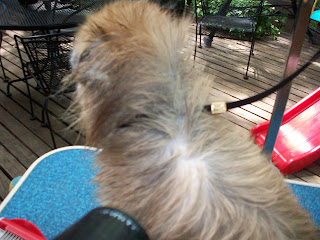 They both had baths and were blown dry. Harper was first. Then, it was Chaumey's turn. 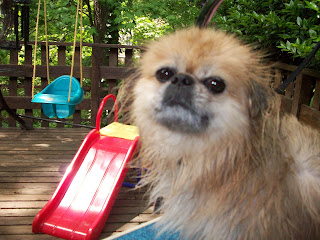 Chaumey was so good-- they both were! (You can see some of Beach Bit's play things in the background.) 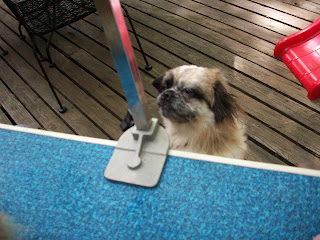 Harper wanted to know what was going on with Chaumey. They have become great friends here. 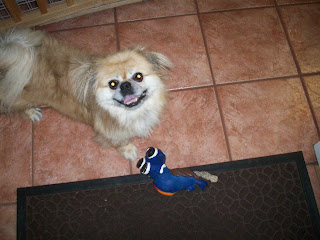 Chaumey's all done and playing with a favorite toy. He's ready for the picnic!!
Posted by Linda at 6:13 PM

There will be a ton of sweet smelling Peke's at the picnic!!!