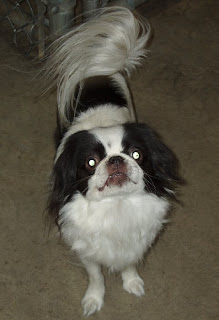 Yoshi has been in his new foster home for 2 weeks now and he acts like he's always been there. He came into rescue with Millie (who has been adopted) and he is doing great. He has a great personality and fits in anywhere. 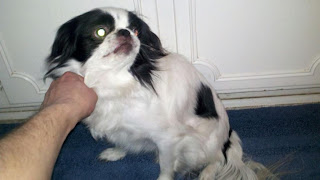 Hard to believe he was so scared at first. His owner had died and his life was upside down. 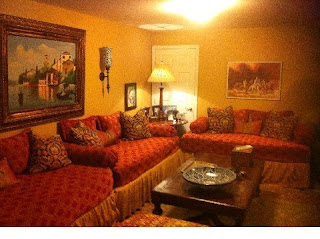 Here's where he lives now! When he got there, he inspected the house, found the 4 water bowls, the door to go outside and the many places to sleep. He began with his human brothers, but then found a big dog pillow. Later, he curled up on his foster dad's bed-- sound asleep with his legs up in the air. 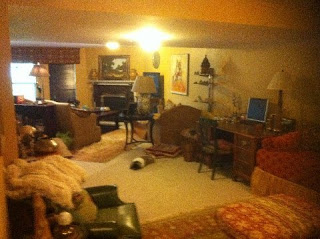 Can you see Sweet Baboo, his Peke brother on the floor there? He was one of my fosters. (I love the Peke picnic because I get to see some of them there.) 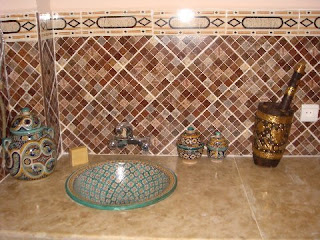 Yoshi's new home is VERY nice! His foster dad is a designer, so the home is beautiful. Yoshi has figured out the dinner/breakfast schedule and knows which bowl is his. 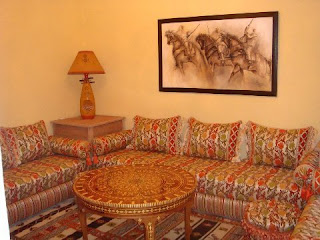 His foster parents and their two boys also have a home in Morocco, where one is from. They love bright colors there and is shows in the design. 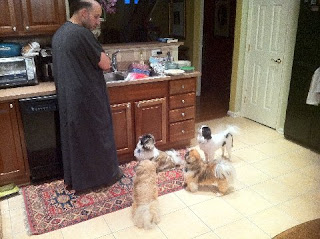 Here are the four dogs, including Yoshi waiting while dinner is prepared. Their foster dad is wearing a derah, which they say is very comfortable. It looks like it! He said they have them for summer and cashmere ones for winter. I learn so much from my friends/adopters in rescue. I have almost no knowledge of Morocco, but now I have some. 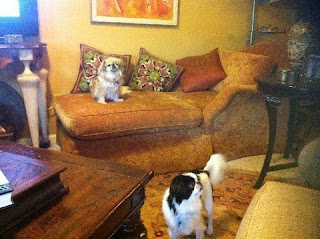 Abby, on the couch, and Yoshi are just vegging out. Yoshi is doing great in his foster home-- HMMMM, wonder if he'll ever leave. :-) They sure do like him there! And he is doing "Chin Spins" because he is so happy! He kisses, jumps and shakes which is so cute. I love hearing about a happy dog!
Posted by Linda at 1:12 AM

Mmmmmm --- Moi Moi and Coco are wondering if a mean Cous Cous is on the house menu !!!