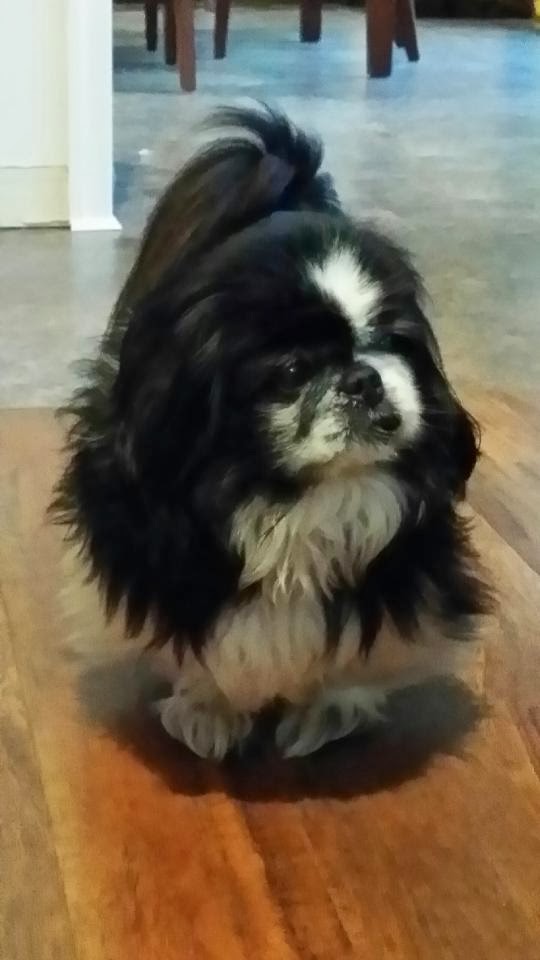 Buster was a 12  year old Peke who came to us from a Maryland shelter after his family took him there.    He was a bit testy, but a beautiful little 11 pound boy.   If you held out your hand, he would come up to be petted and we all welcomed him into rescue.  (Our board was meeting the week-end he came to us so we were all able to meet him and see what an adorable boy he was.)   He was staying with our Roanoke vet until he came to my area for a foster home.   Yesterday, he suddenly began to have trouble breathing and Dr. Hodges  did all she could to save him.   Unfortunately, he didn't make it and we are  devastated-- but my heart goes out to Lucinda and Roger who had already gotten attached to this beautiful boy.   We are glad his last few weeks were spent with love and care, but  sorry that he wasn't with us longer.   Rest in peace, sweet boy. 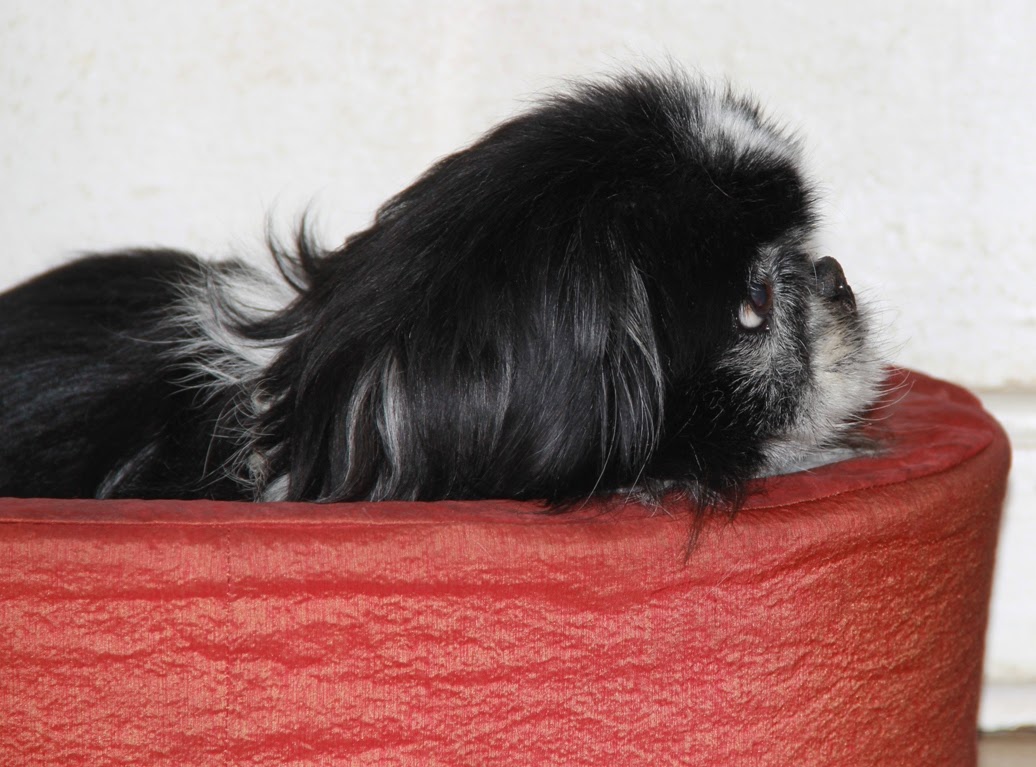 Lucinda (our Roanoke vet) sent me these pictures of Buster, so I had to update his farewell.    Buster had been sadly neglected before we got him. 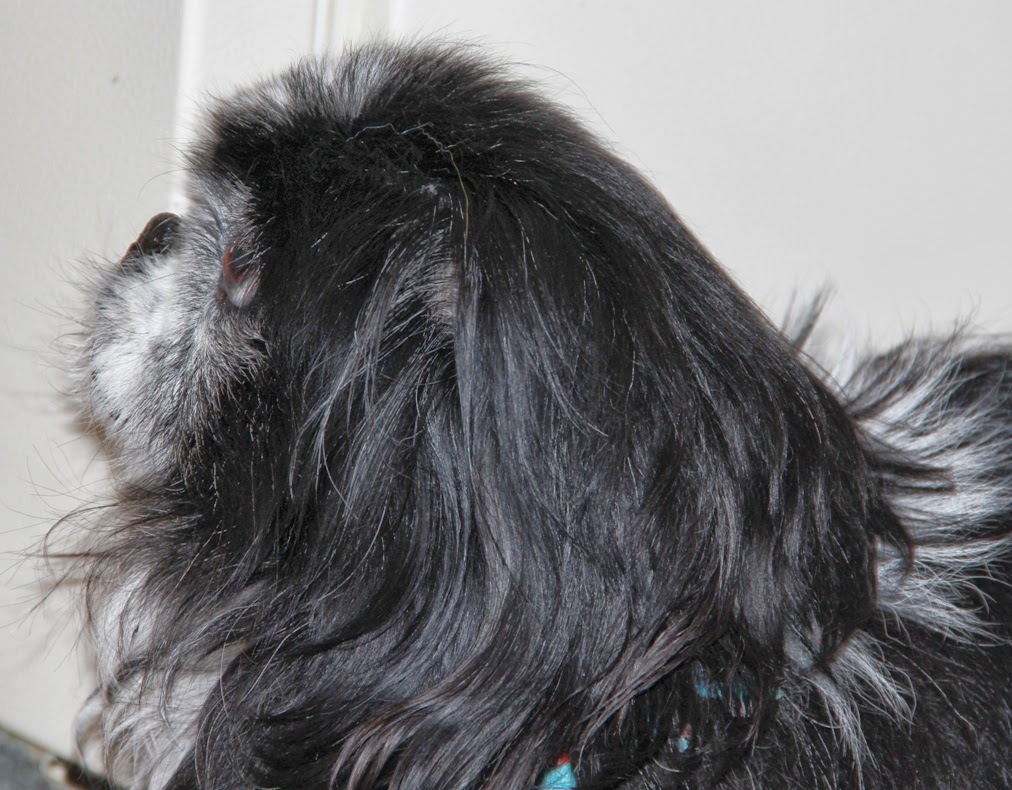 His lower jaw was so infected that it was broken in two places.   And his upper jaw was abscessed into his sinuses.    But, he was getting the care he needed from Lucinda and Roger-- he just couldn't make it.    It is heartbreaking when we can't save them. 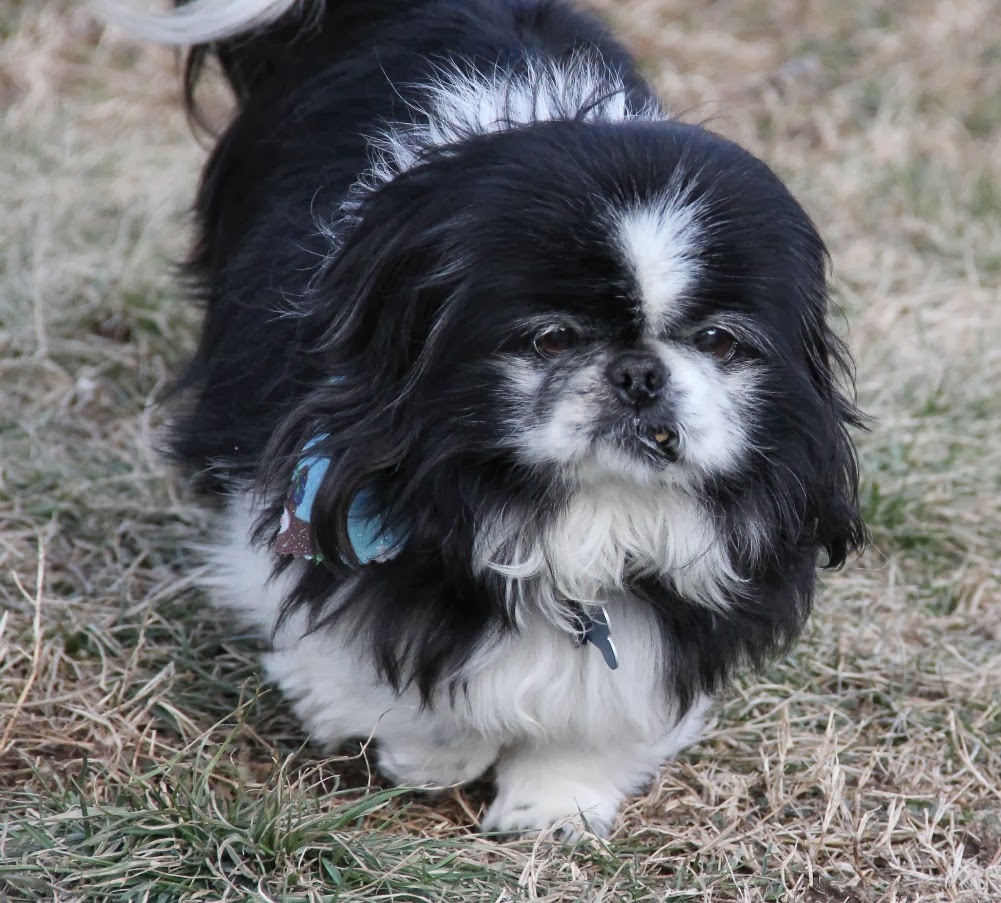 He is at peace now-- he was loved so much during the time they had him.
Posted by Linda at 7:46 AM

This just breaks my heart. I love small, testy boys. Reminds me of Gizzy! I too am glad Buster had love the last few weeks of his life and I'm glad there are people like you who make that happen to many of our needy and abandoned Pekes. Thank you and bless you for helping.

So sorry for your loss. Buster was a beautiful boy. Thank you for taking him in and loving him. My heart and prayers go out to you all.

I am very sorry for your loss.