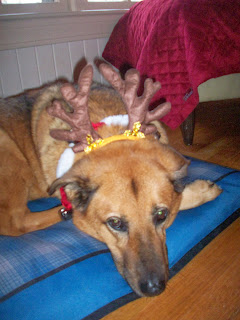 Dogs sure put up with a lot in our house.   Not only do they have to put up with 'grandbit' noise, but sometimes I put funny things on them just to get a picture.   Sweetie Pi just looked at me when I put the reindeer antlers on.    She's my granddog. 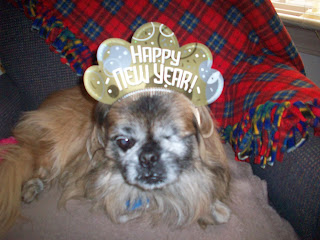 Of course, we had to try a New Year hat on Max and the rest. 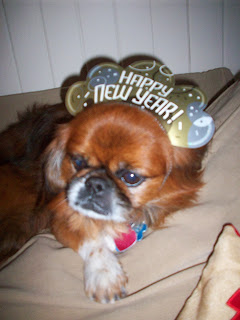 Kai Kai just can't believe I do these things to him.    He's my boy and puts up with a lot. 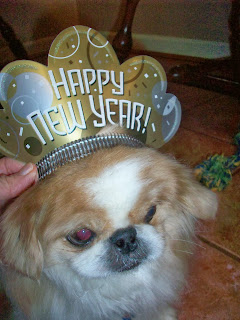 Starlight-- yes, she tolerates it for a nano-second and then....it's off! 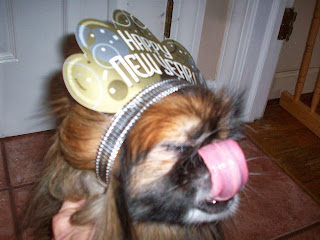 Scooter, you have the longest tongue!   Are you trying to knock off your hat? 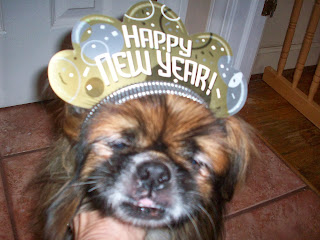 If he closes his eyes, ha can pretend I"m not humiliating him. 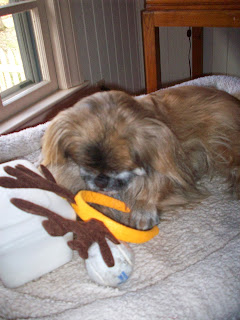 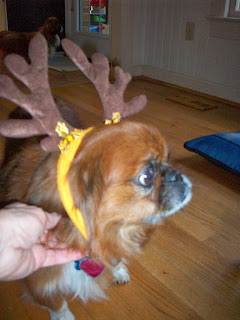 Kai Kai tried to run for it-- he didn't want to be a reindeer! 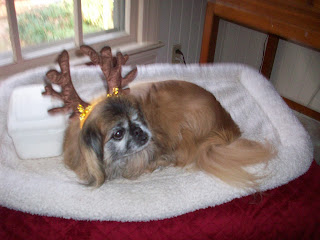 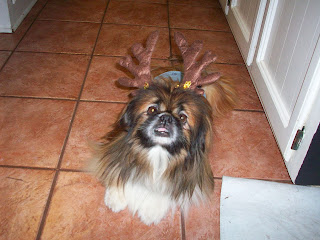 I love this picture of my Scooterbug.    He has the prettiest coloring and is the sweetest boy.   He's over 12 now, not in great health, but still as happy as he can be. 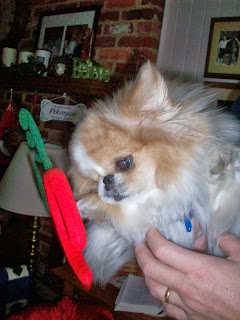 Come on, Starlight, let me put this on you. 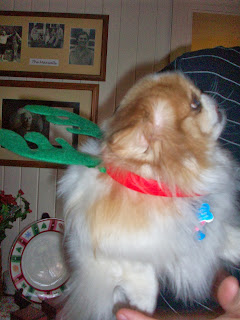 If you are still, I can take a picture faster. 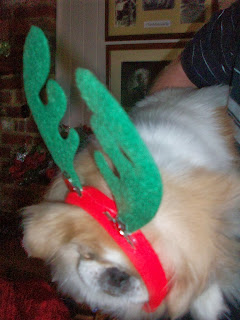 And that's as close as we got.  She was NOT up to being a reindeer!
Posted by Linda at 1:00 AM

Yes - scooterbug does have lovely colouring!