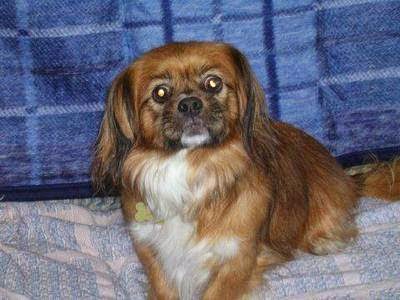 Marco was one of our foster dogs years ago-- he came from a shelter in the western part of Virginia.   One of our members went there and he was scared and had been hosed down-- it was cold! He was adopted and then the people put him in a fenced kennel in the back yard-- he was full of worms.  It was a "fluke" that Toni and I checked on him and we took him back.  Some people don't deserve dogs. 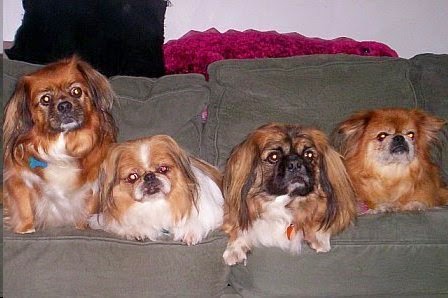 Marco (with Mugs, Boscoe, and Clifford) loved Toni so much-- he had a bond with her. 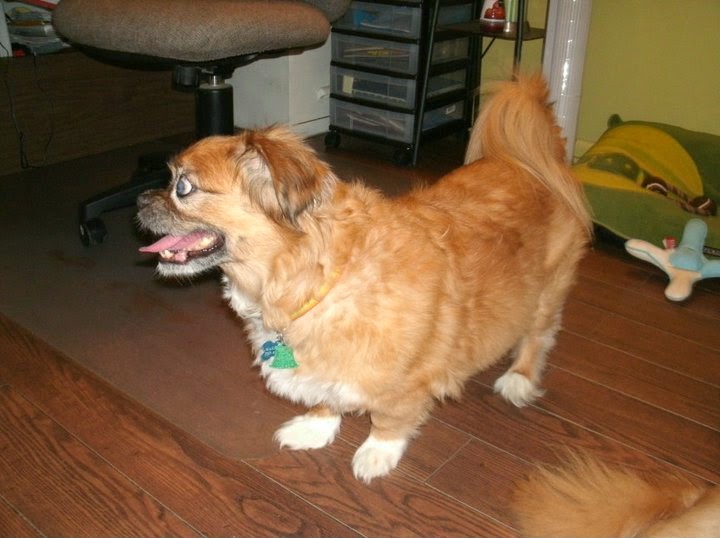 And after all he had been through, she decided enough was enough. 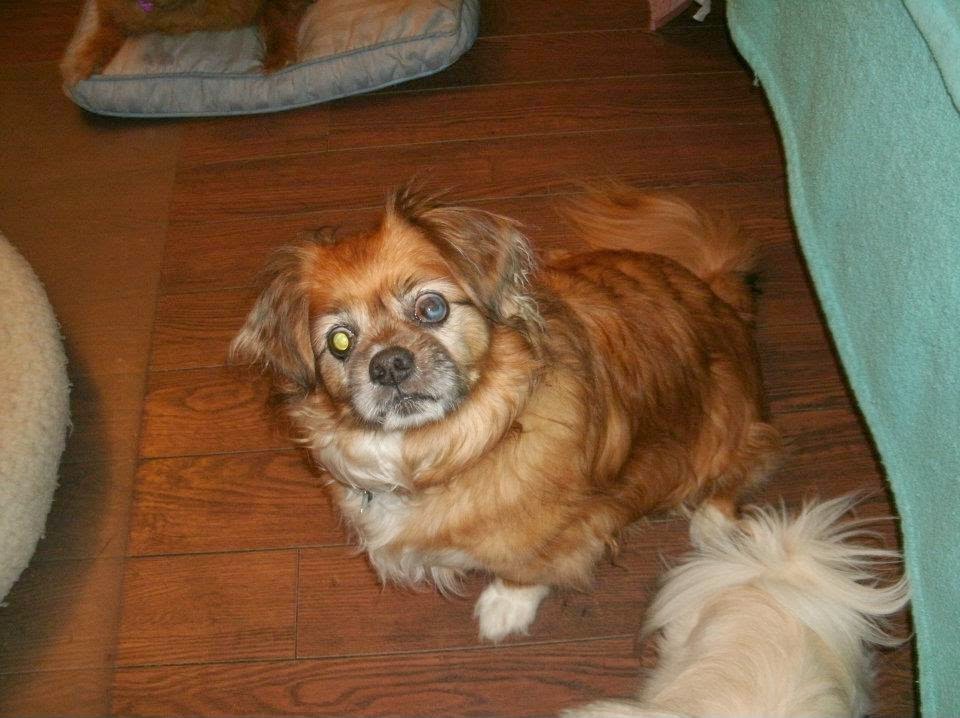 She adopted him-- he was home! Marco had lots of Peke friends and was a good brother to them all.   He got older and had many health issues, but seemed to persevere through each one. 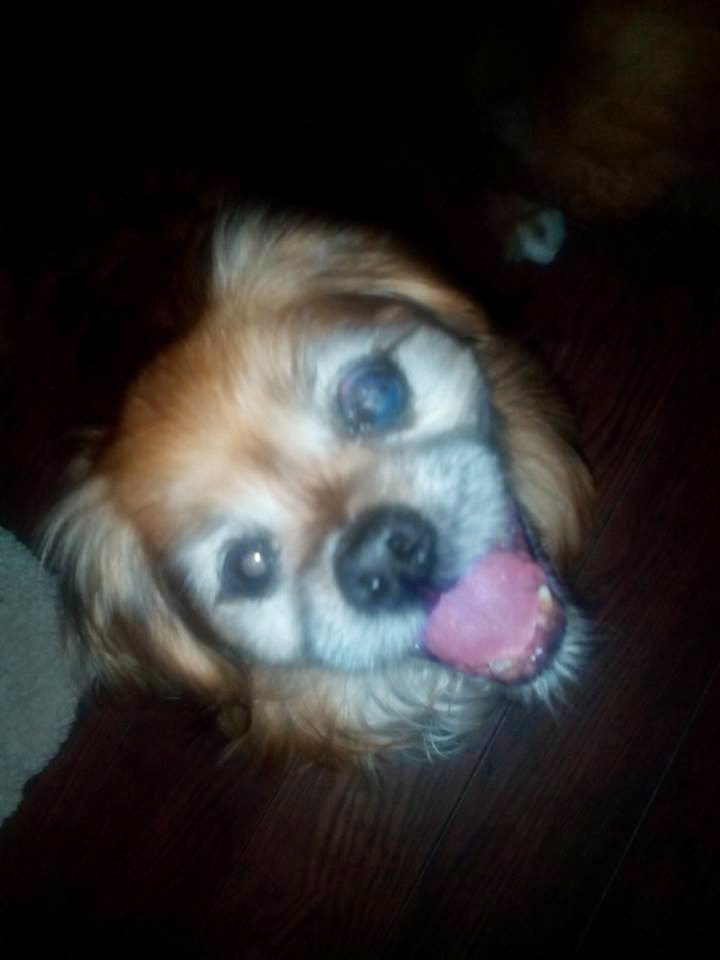 He was 15 and he couldn't do the battle anymore.   Letting a pet go is such a hard decision-- but we know he is now at peace, not in any pain and just playing with all his friends.   I'm sure Toni will be the first person he greets later.    Marco, you were a special boy, you were loved, you gave love back-- Toni and you were so lucky to have each other.   Rest now, sweet one.
Posted by Linda at 1:29 PM

I feel so sorry for your loss.

Marco finally found love and kindness and that is so good!