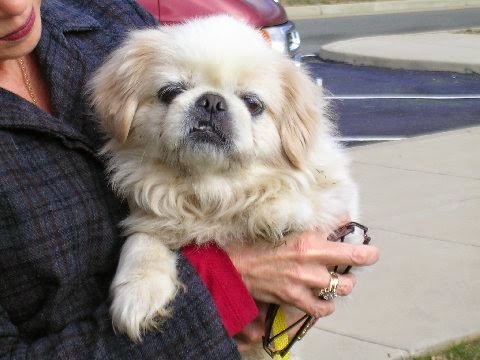 Trevor came to us in 2008.  Here I was with him, when I got him as my foster dog.   Trevor was turned into a shelter in S.E. Virginia.    He was found by someone when they heard something scratching at their back door at midnight.   Trevor was standing there, in the cold, pleading  to come inside.   The lady had NO idea how he got inside the fenced yard-- she assumes that someone saw that he was wandering on a busy street and put him over her fence where he would be safe.   He was taken in for the night, fed, and given a warm place to sleep.  In the morning, she searched the local neighborhoods looking for his guardians but  was unable to find them.    She would have held him longer, but she had 3 boxers who did not want a small dog in their domain. 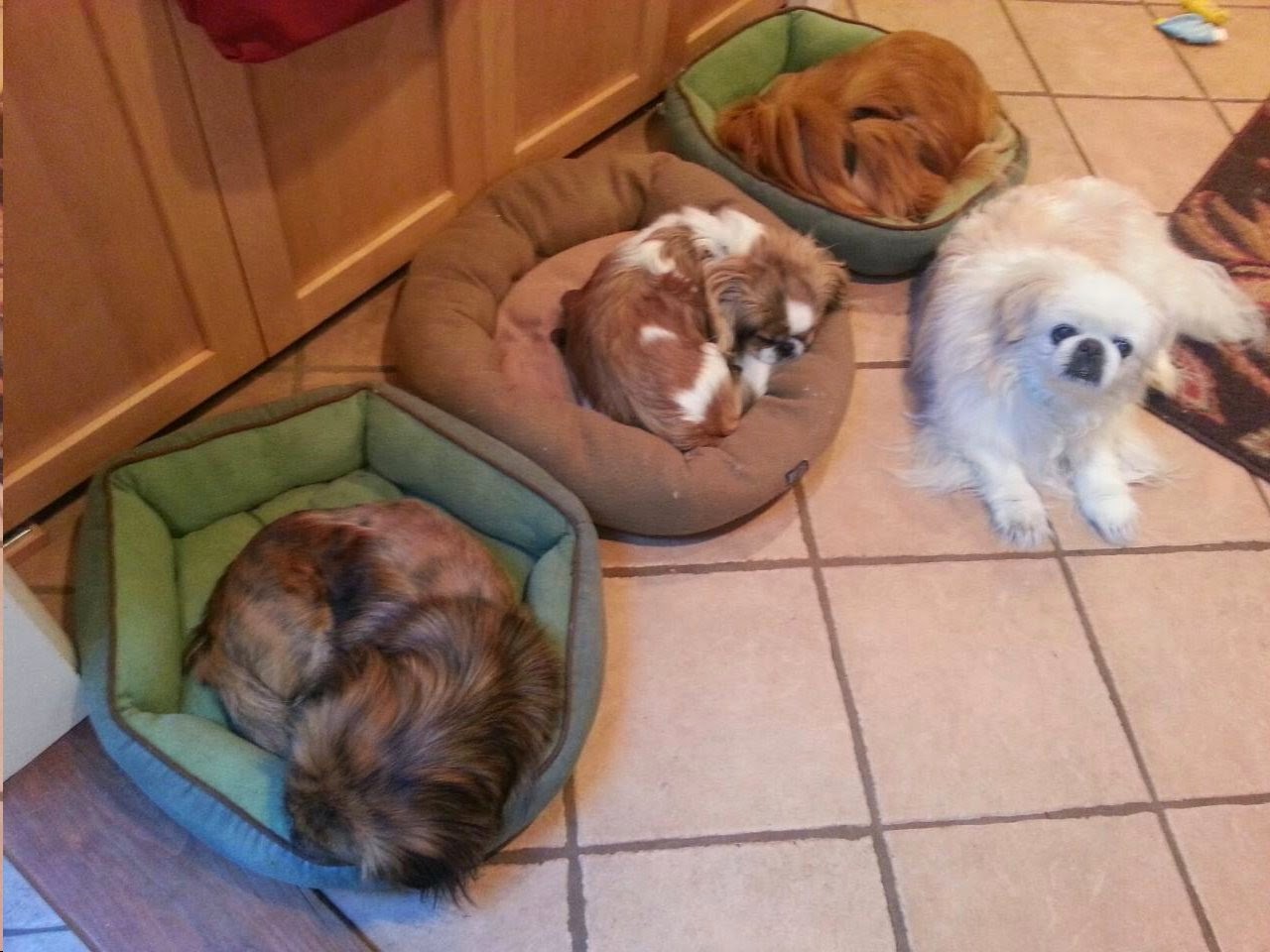 Trevor was about 4 years old we thought, but he may have been older.  It's so hard to know. 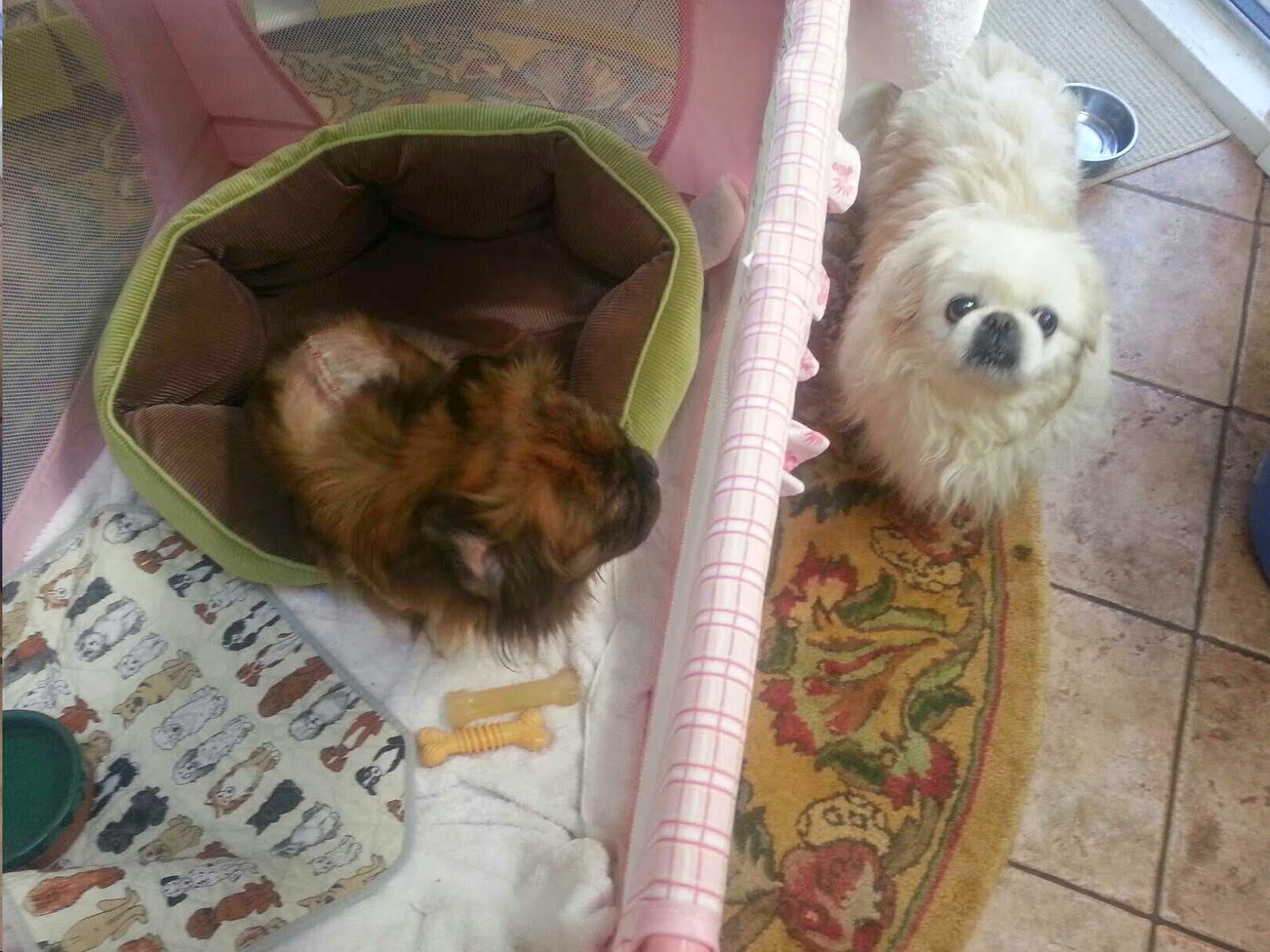 Trevor was adopted by Monica and Mark and he became their sweet boy.    He would help look after their foster dogs for them-- here he was with Dublin. 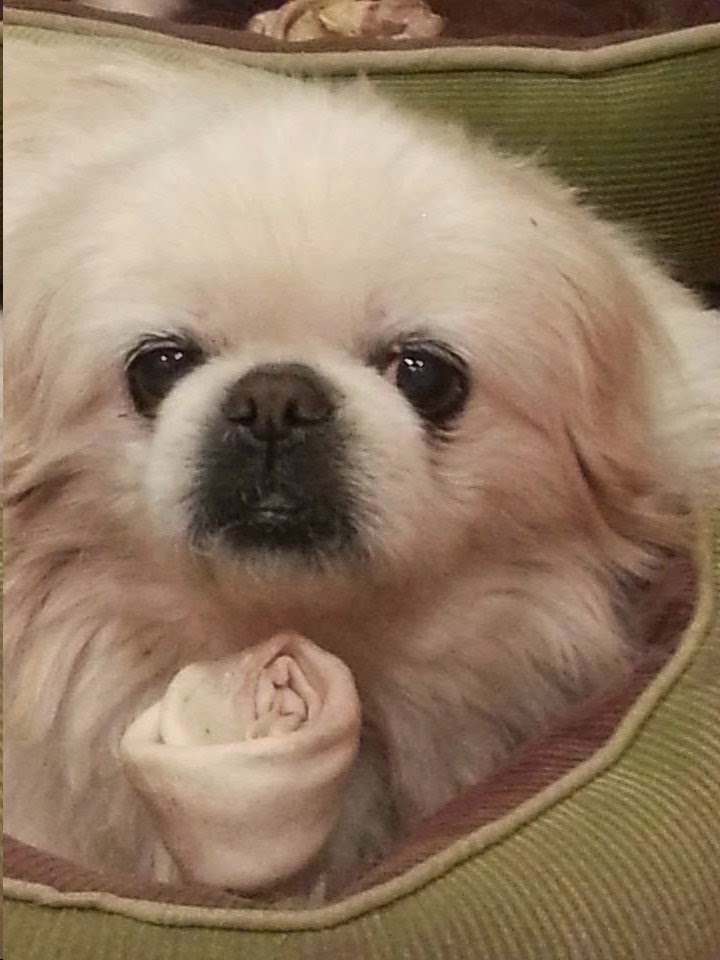 Trevor had several strokes and seemed to come back after each one.  But, this past week-end, he began to decline and his mom and dad knew it was time to say goodbye.    He was on his mom's lap, in his favorite doggie bed.   He was surrounded by love from the moment he came into  rescue, until his last moment with his mom and dad.    You will be greatly missed-- he was a joy.   Rest now, sweet boy.
Posted by Linda at 5:36 PM

Oh what a sweet peke he was!

I feel so sorry for your loss.