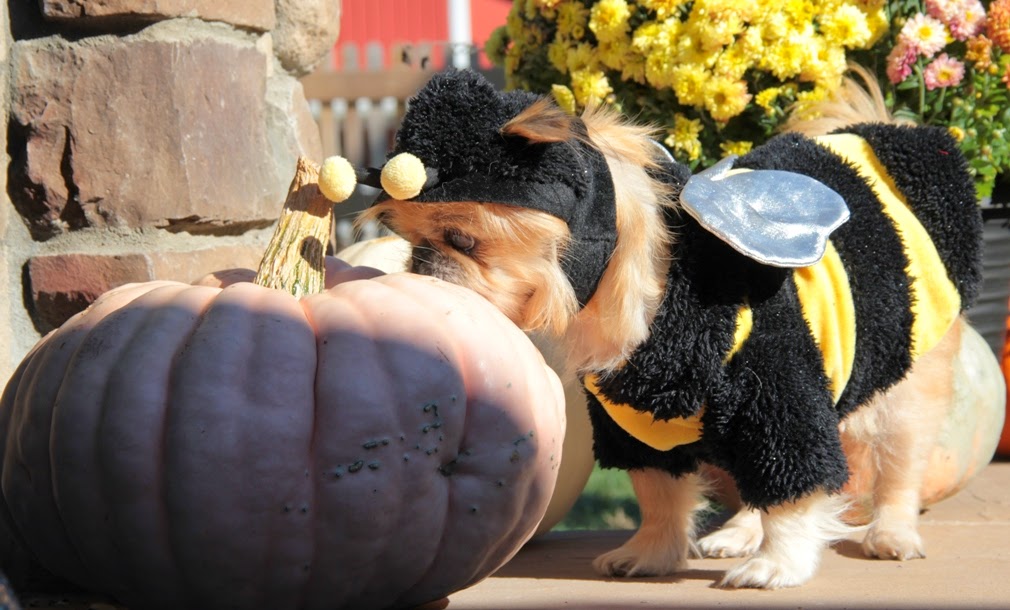 Madge came into rescue two years ago as a senior who had no chance. 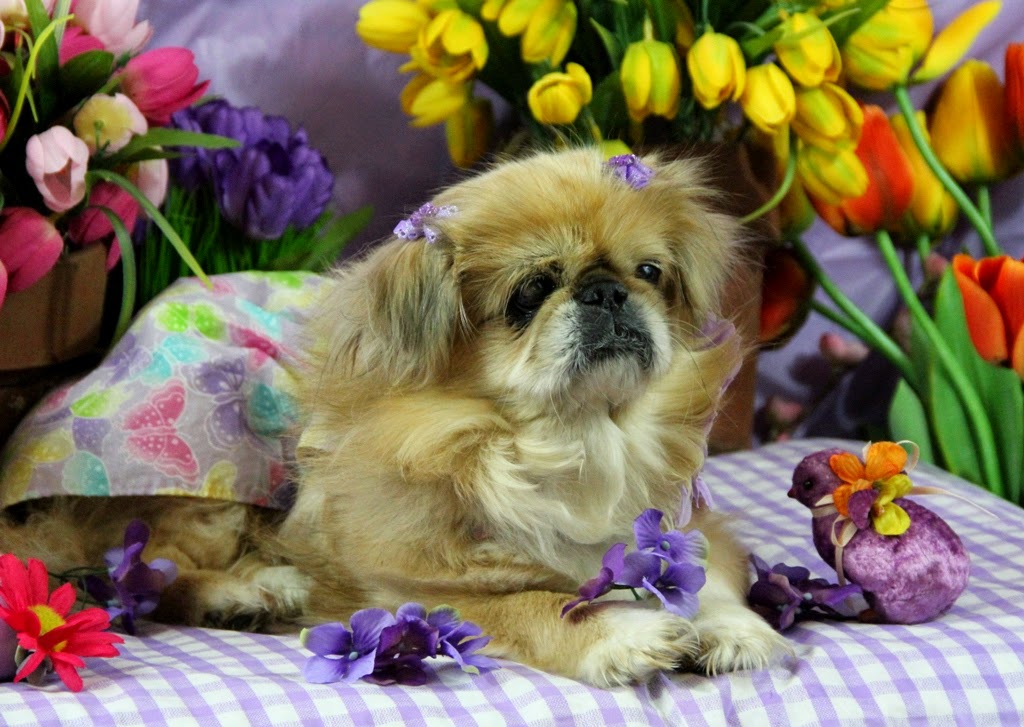 She has had her number of wonderful outfits and costumes over the two years.  Her mom sent me this email. 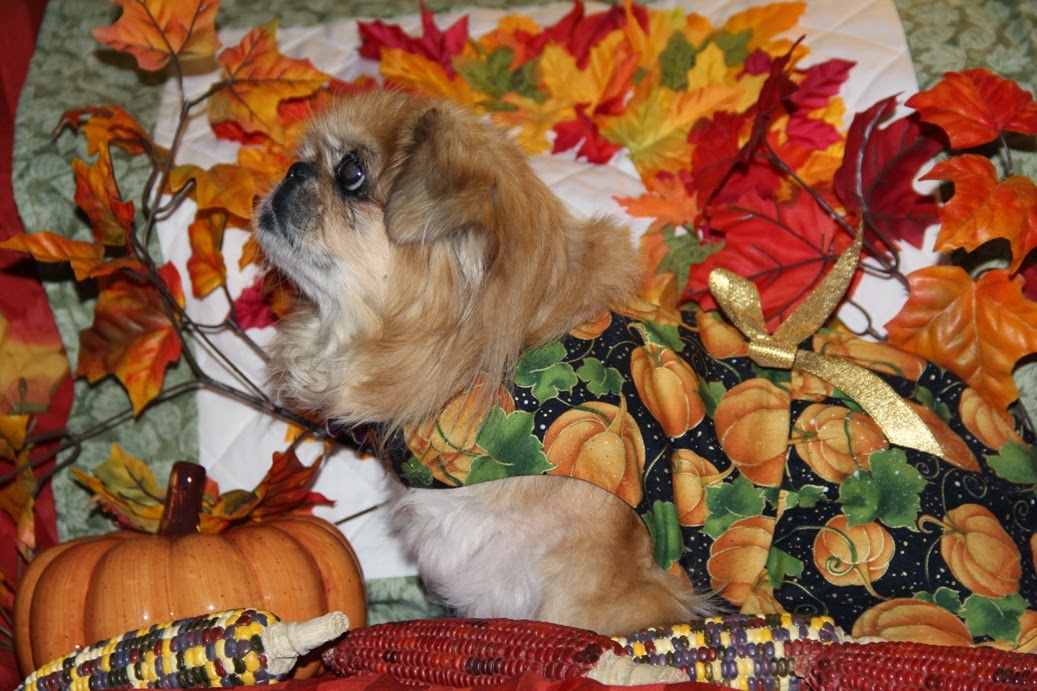 "Sunday September 21st  will be Madge’s 2 year anniversary with us. 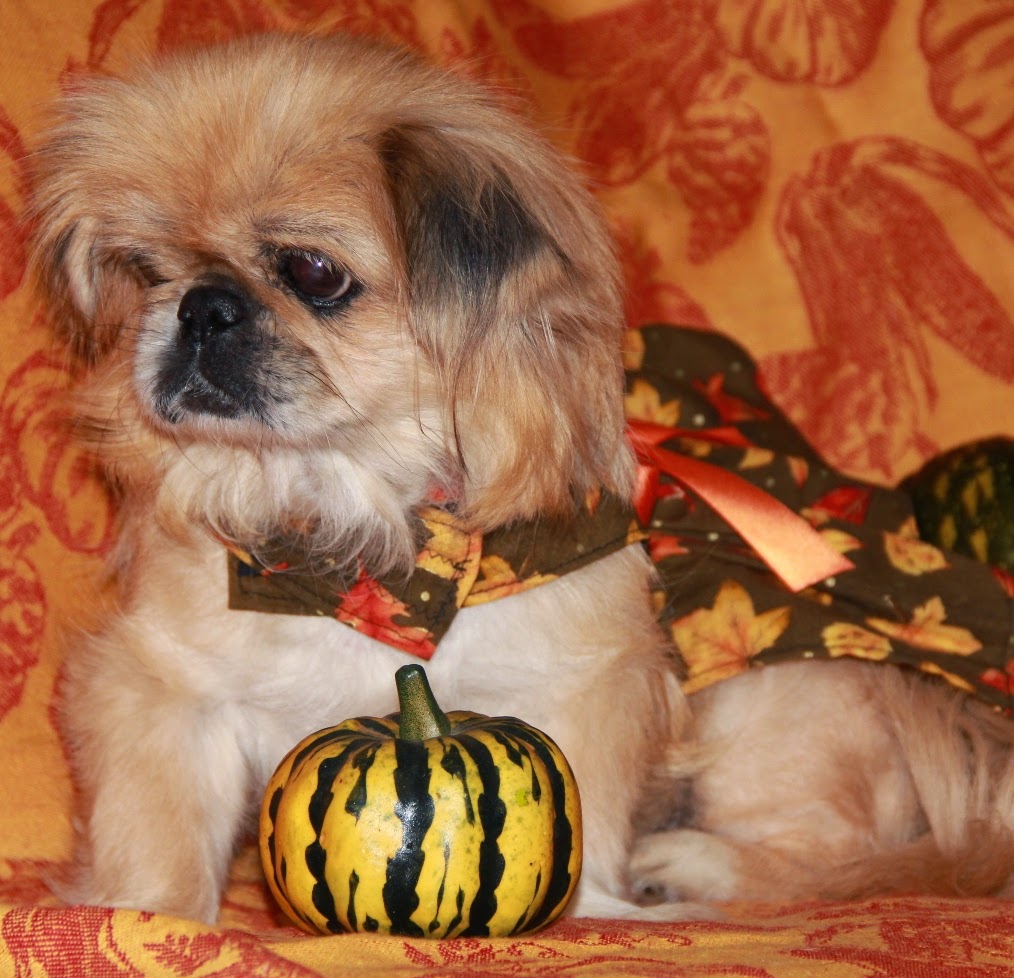 Two years ago Kay and Claretta rescued a pitiful looking geriatric Pekingese in a nick of time when she was just hours from the gas chamber in a NC shelter. 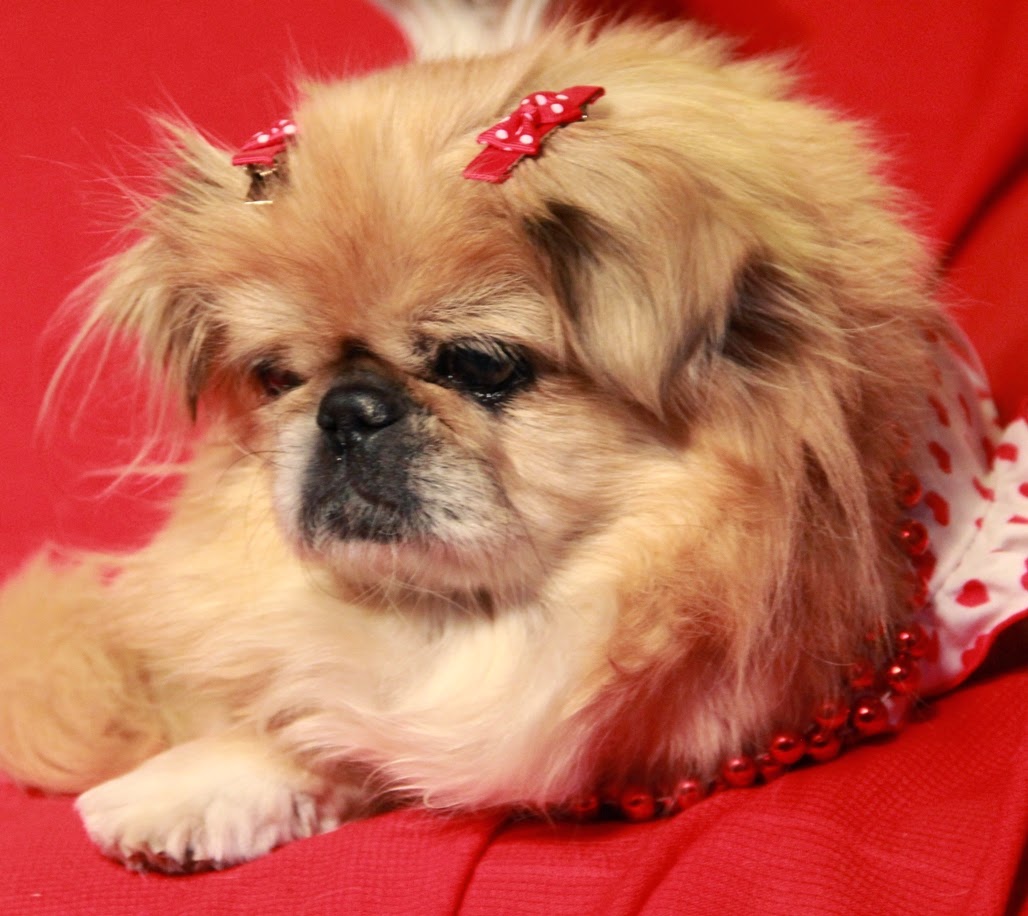 She had a terrible hair coat from allergies, cataracts in both eyes and she was already in heart failure from untreated heartworm infection. 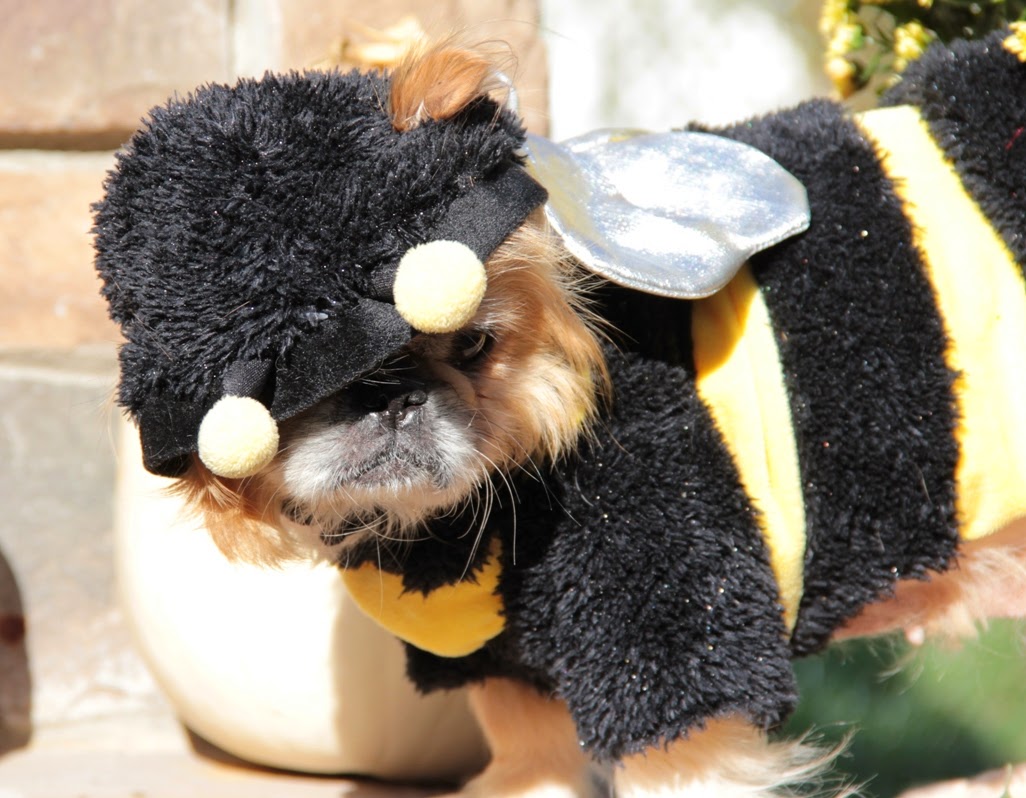 Of course she was not spayed and had rotten teeth. 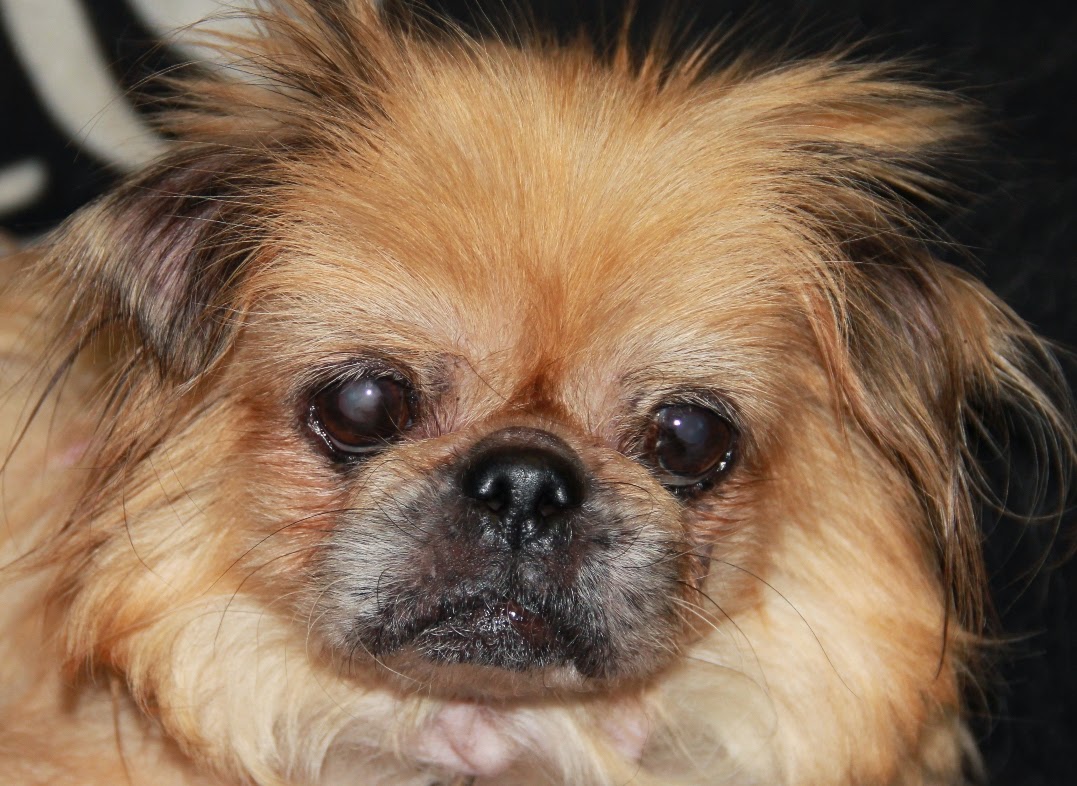 On top of all that she was a grumpy old lady and routinely told off any dog in her vicinity ! 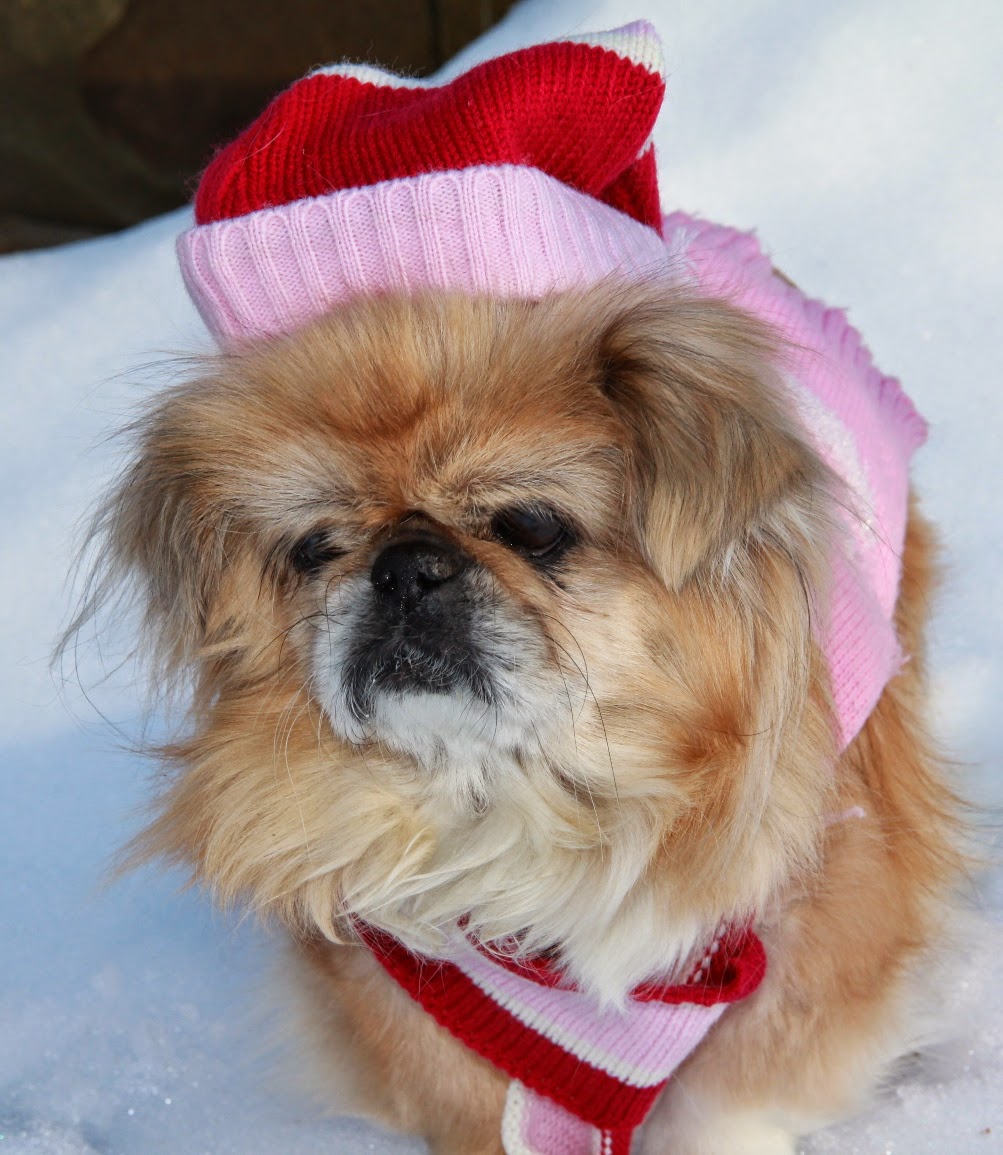 I thought maybe we can keep her comfortable for a few weeks or months if we are lucky, but Madge was one tough old bird! 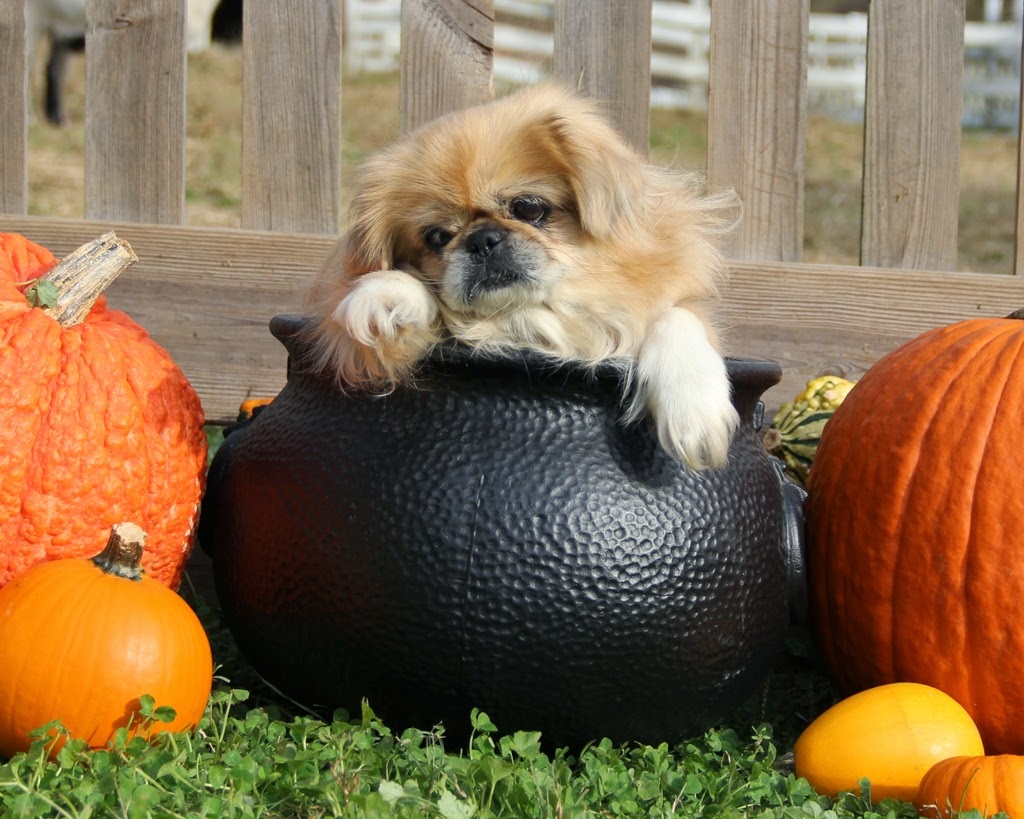 With proper allergy treatment and baths she stopped smelling and her coat grew in beautifully. 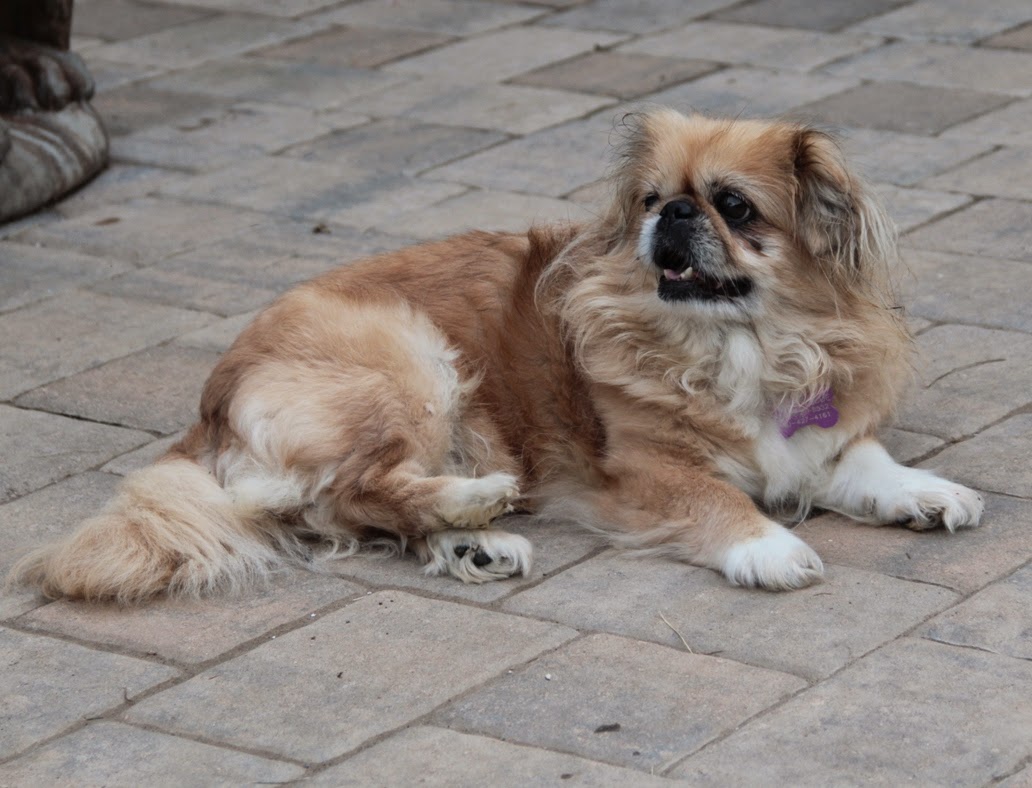 With heart medication her syncope spells (passing out from lack of oxygen) grew  less and less frequent. 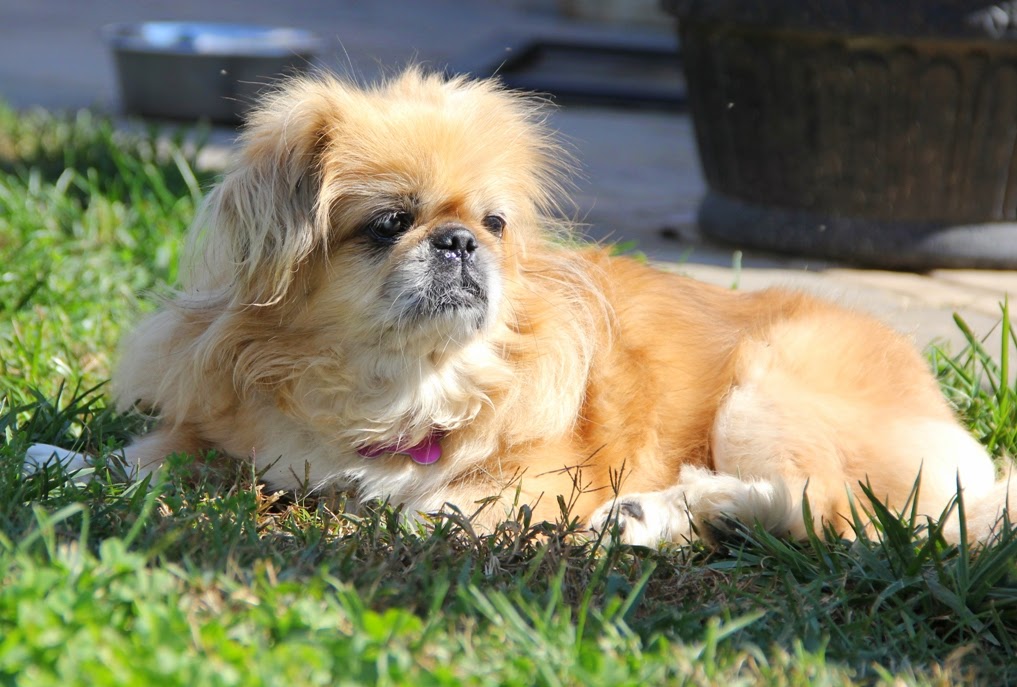 She became the matriarch of our pack. One of the smallest dogs here she rules the house with an iron paw. 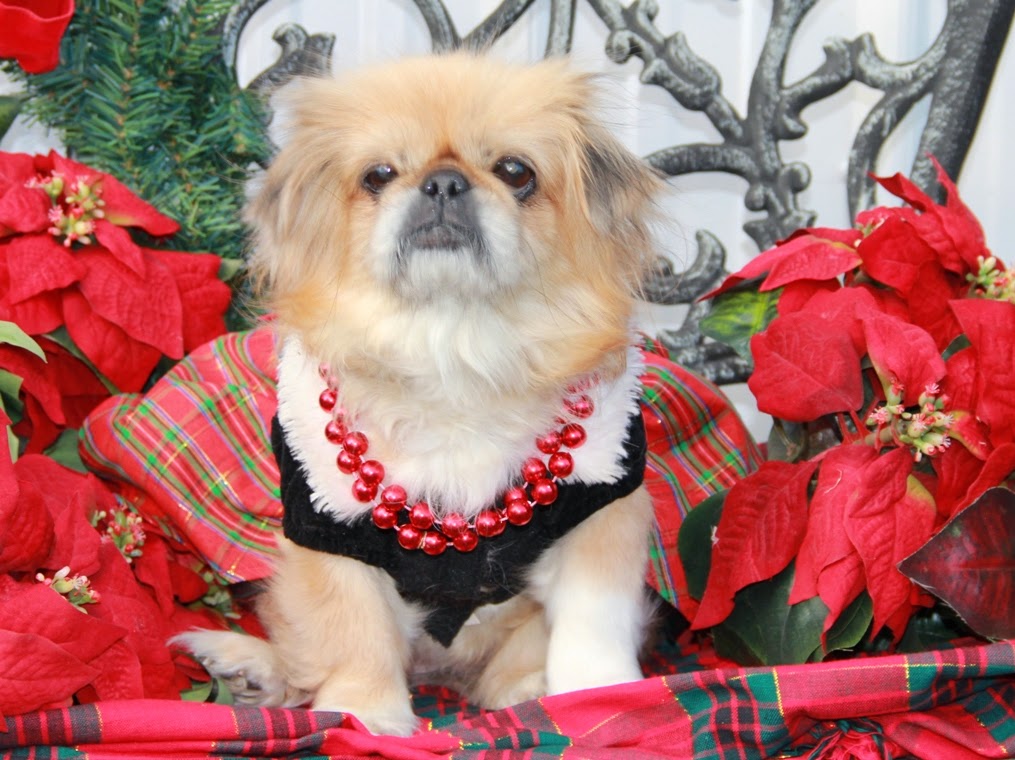 Nobody messes with Madge! 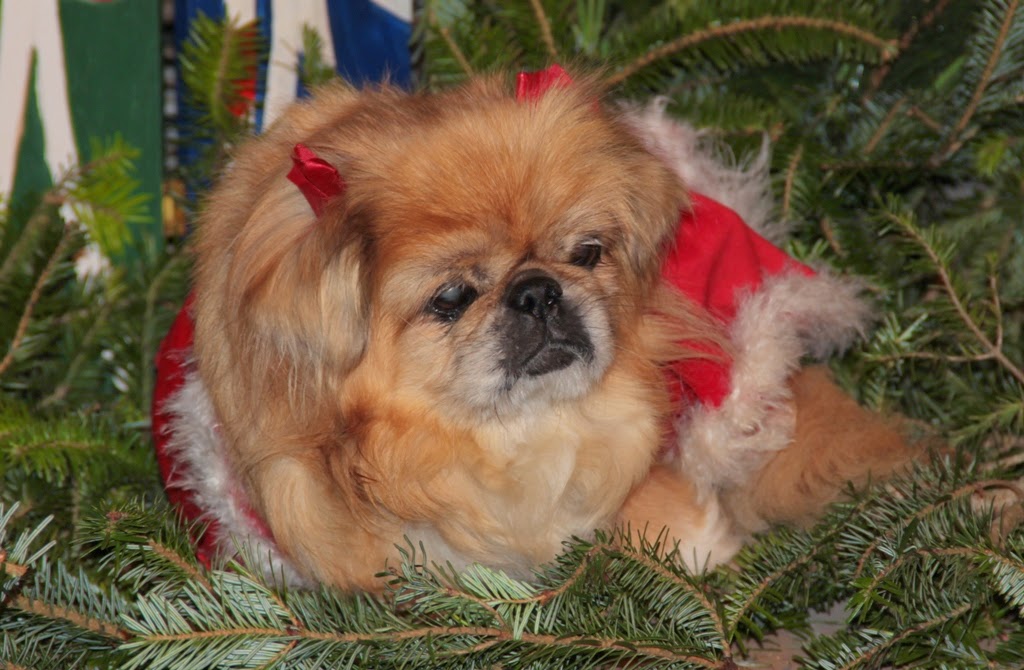 She dresses up and goes to work each day where the entire staff caters to her every whim. 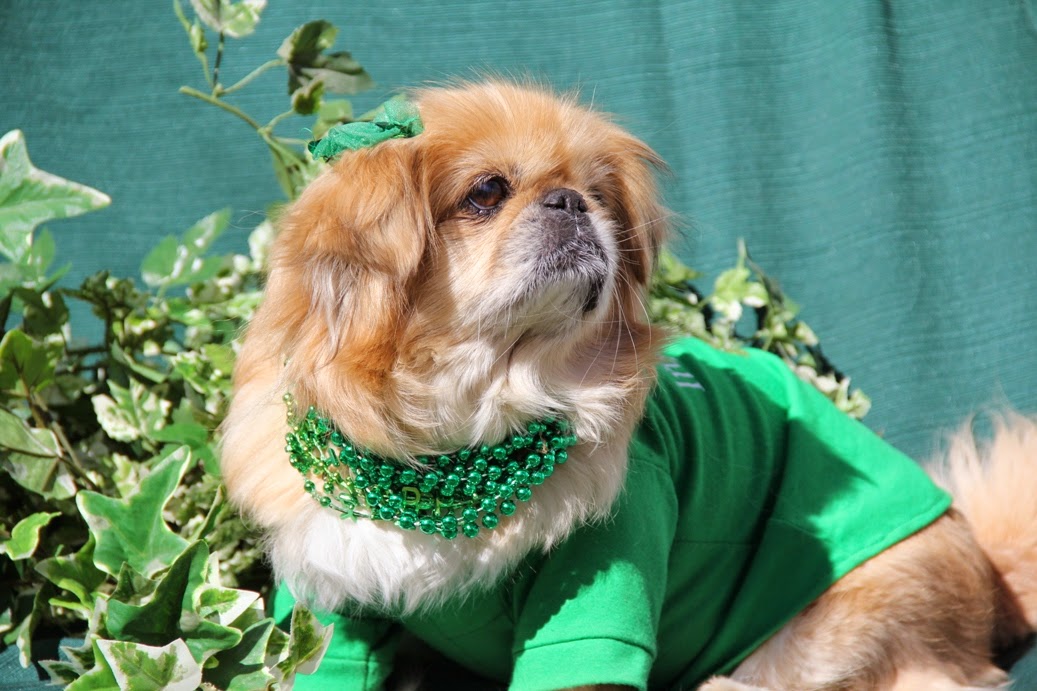 She has a gruff old lady voice and she uses it loudly when she needs to go out for a potty break ! 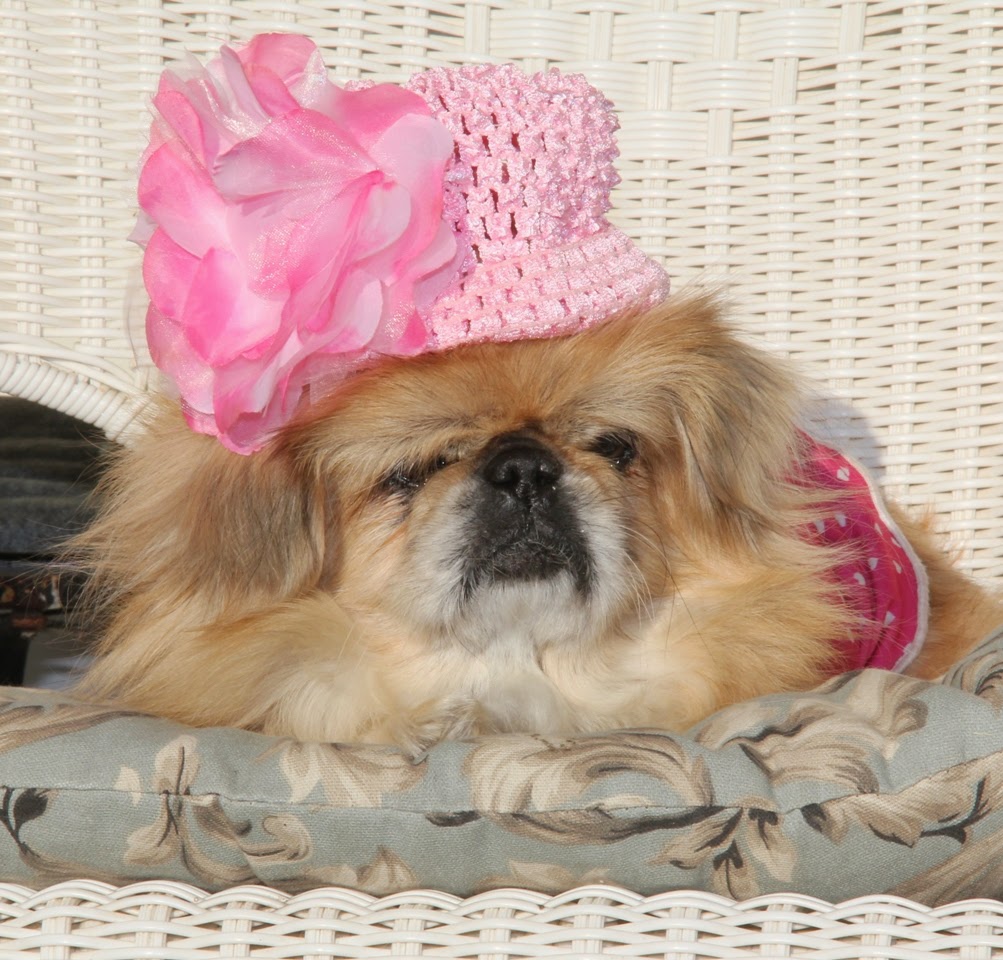 She even became a testimonial dog for Freddie’s Finds. (Desi was so jealous!)   (I love her hat!!) 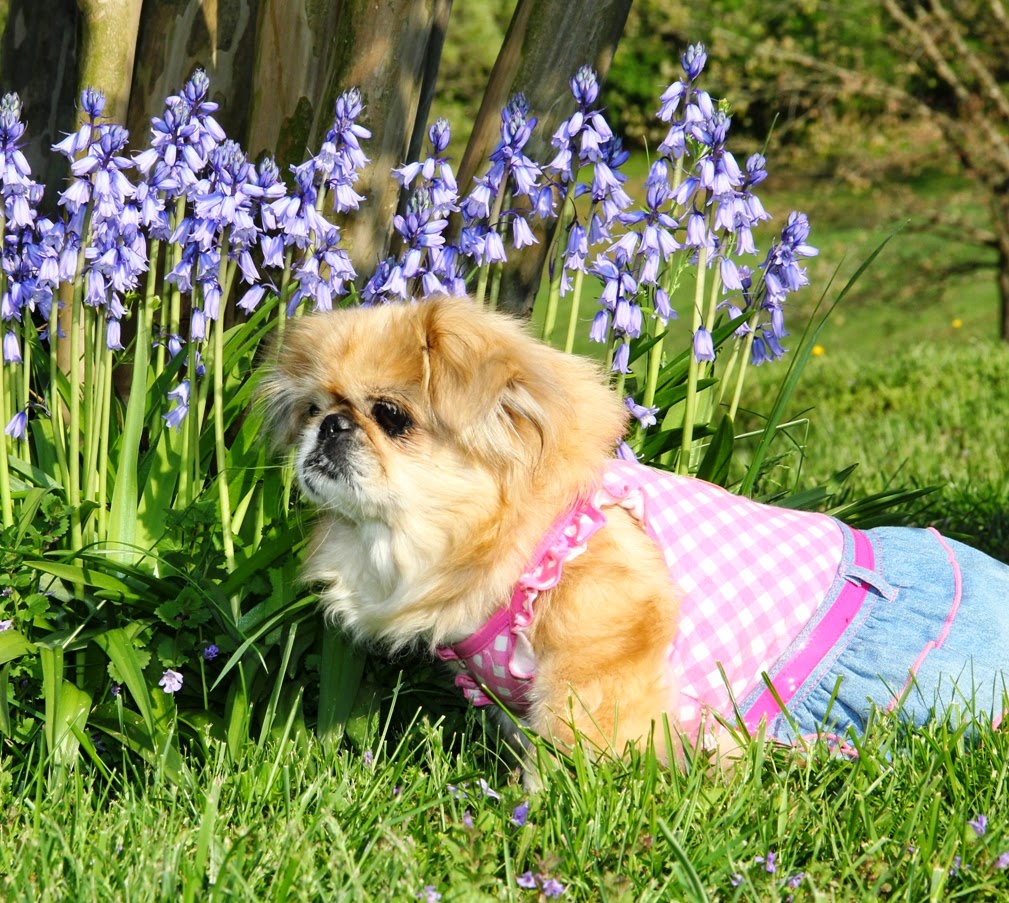 Her teeth are bad but her heart is far too weak for anesthesia. 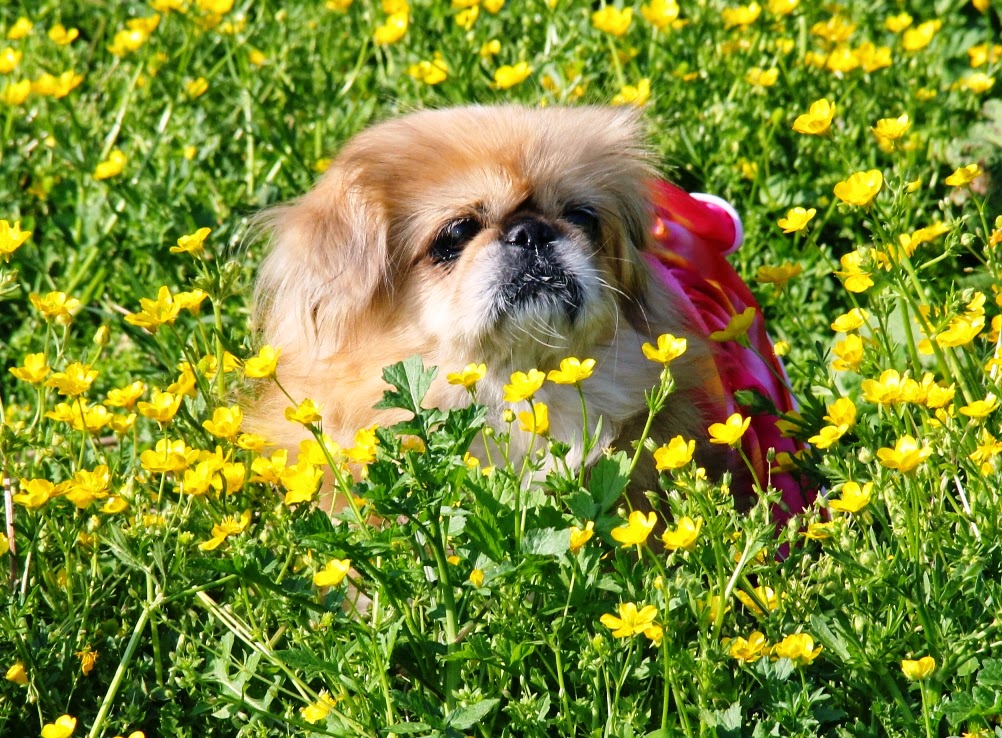 Last year one of her teeth abscessed, her face swelled up and I thought this is it she will either die under anesthesia or die from her tooth infection.   But Madge had other ideas-after a few days of antibiotics she literally spit out the offending tooth in her water bowl!  We keep her on antibiotics for one week of every month to keep her dental disease under control. (not ideal, but the best you can do when the heart is too bad for anesthesia). 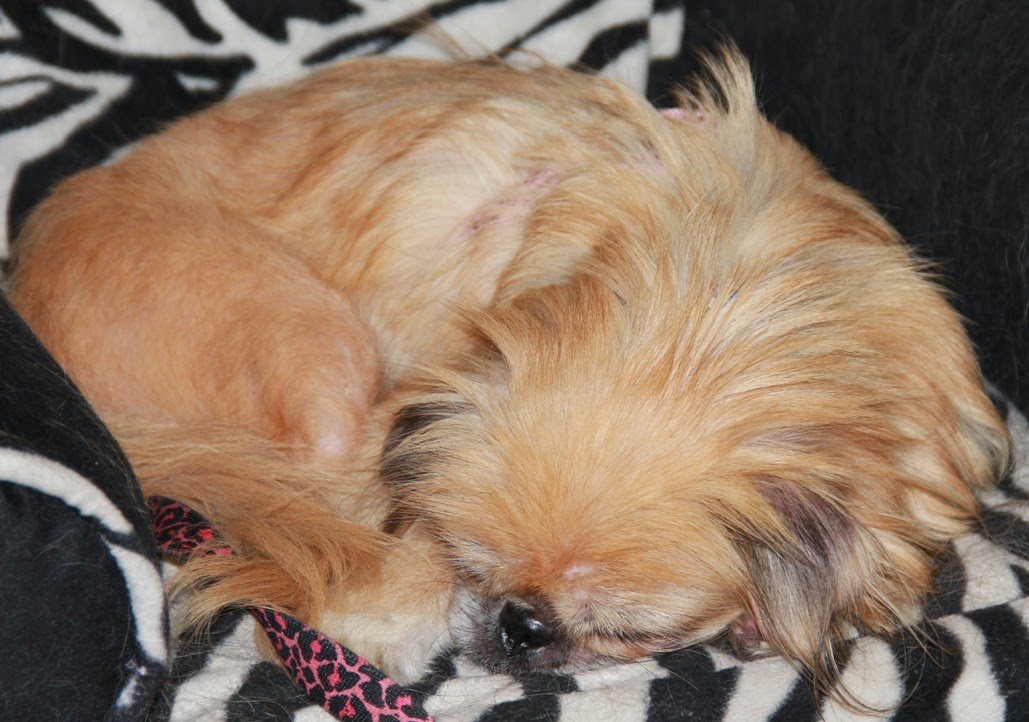 All in all not a bad life for a neglected and abandoned little Peke who nearly died a horrendous death in a gas chamber.  I am so glad our rescue helps the seniors and I know Madge is too!"    HAPPY TWO YEAR ANNIVERSARY SINCE YOUR RESCUE, MADGE!!
Posted by Linda at 1:00 AM

Happy Anniversary Madge ..... from your girlfriends in Australia !!!
Moi Moi and Coco

What a wonderful story:) This is what rescue is about! Thank you!

Hooray for Madge! And her wonderful parents!

Happy Anniversary to a beautiful little Angel. Hope she has many more happy years. Love, Allene